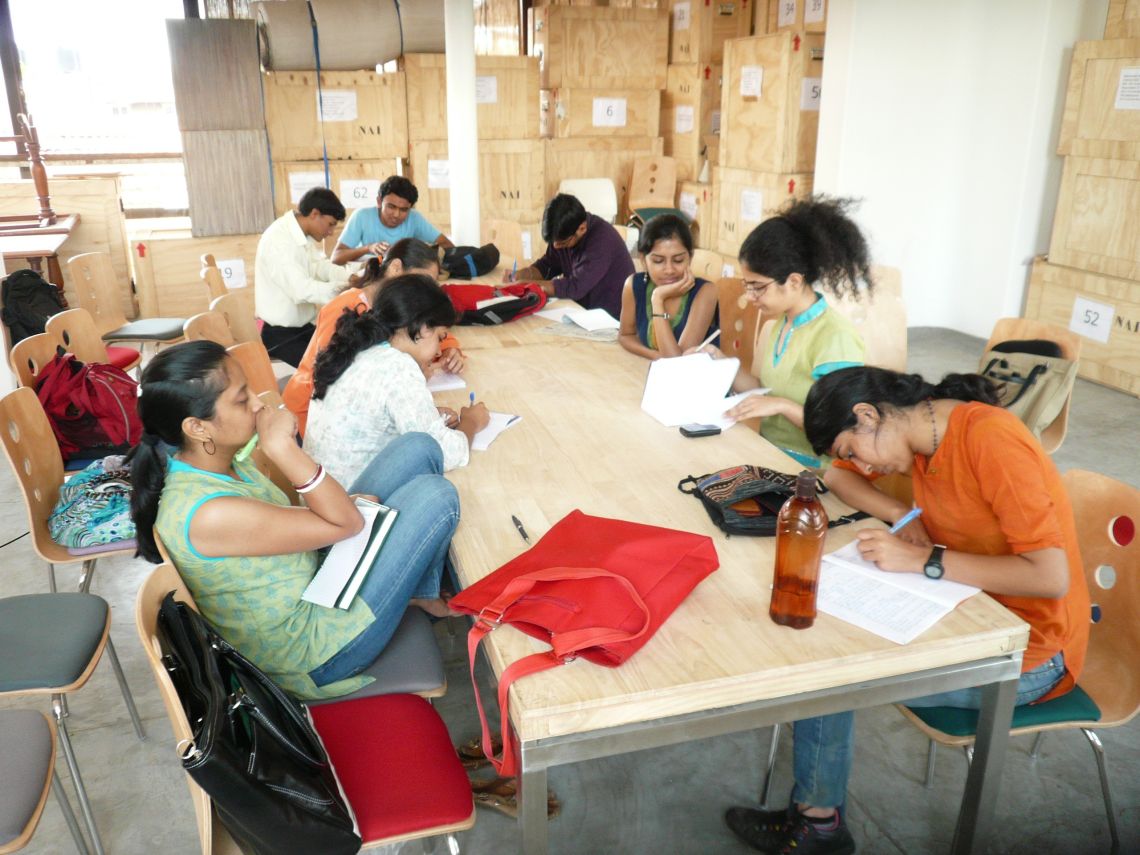 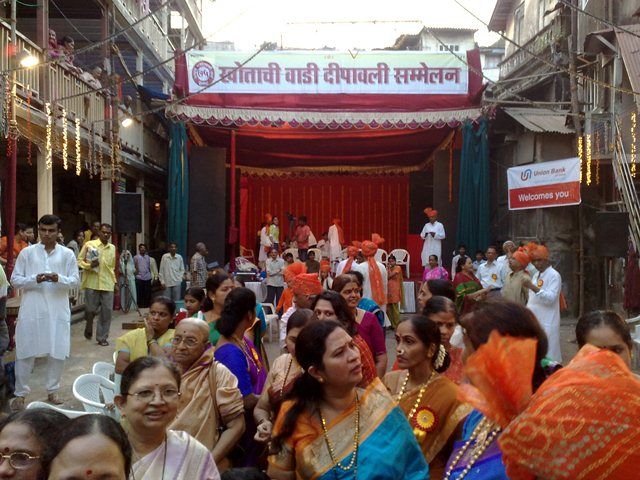 We recently organized a week-long studio on Khotachiwadi, a heritage precinct in Girgaum, Mumbai, with students from the School of Habitat Studies at the Tata Institute of Social Sciences (TISS). This was part of a course taught by URBZ members Rahul and Matias on the politics of urban space. The studio took place at Studio X near CST, with fieldwork in Khotachiwadi every day. In Khotachiwadi we often met at James Ferreira’s house who generously hosted us.

The studio focused on the chawls of Khotachiwadi. While Khotachiwadi is well known for its Konkan-Portuguese-style bungalows, its chawls and their residents have often been left out of the picture. This is a shame because, as most visitors and residents acknowledge, the diversity of habitats, architectures and cultures are one of the most interesting aspects of this much-loved neighbourhood.

Throughout the studio, we discussed the history and culture of Khotachiwadi, the meaning of heritage in a rapidly changing city, the importance of having diverse habitats, rent control and how it allowed people across classes to stay in places like Khotachiwadi. We talked about architectural styles and urban typologies and the role of local economic activities in preserving neighbourhood life. We discussed mixed-use patterns in old neighborhoods of Mumbai and how urban plans and zoning codes are typically based on segregating functions. We also talked about urban villages, political identity, East Indians and their origins, the role of the Shiv Sena in local politics and a few other things.

The students visited the chawls, interviewed residents and published their texts and photos on http://khotachiwadi.urbz.net. They asked residents about their personal histories and stories and their current situation; the way they perceive the possibility of redevelopment; their relationship with bungalow residents; their aspirations; the possibility of envisioning a common future with other residents of Khotachiwadi belonging to different castes and histories.

Chawls are a very typical architectural typology in Mumbai, dating from the city’s industrial days, derived from the structure of army barracks, evolving into residential sites for industrial workers and finally being reshaped in use by the in-coming families of migrant workers to eventually become bustling middle-class neighbourhoods The chawls can be anything between 1 to 5 stories high and are typically organized around a large veranda connecting single rooms, with the whole floor sharing a common bathroom. Many of them have been converted or destroyed in the past decade or so. Some of the chawls of Khotachiwadi are more than 150 years old, a few families have roots there going back more than four generations and some have individual toilets in each home.

The neighbourhood of Girgaum, to which Khotachiwadi belongs, is well known for its historical chawls. Thanks to the Maharashtra Rent Act, which has frozen rents in South Mumbai at their 1947 level, many families have been able to stay in this part of the city where rent for a new 50 sq.m flat can easily reach Rs 50,000/month or higher. Often accused to be the root cause of all urban problems in Mumbai because it never allowed owners to maintain their buildings properly, the rent control act has also been instrumental in maintaining people from all socio-economic background in South Mumbai.