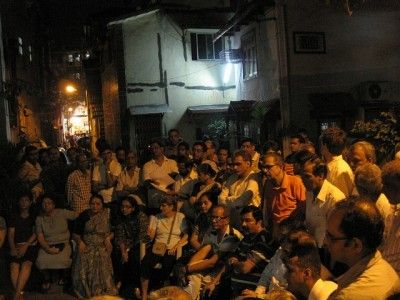 MUMBAI: Scores of people, including college and school children, on Sunday signed up to mourn the demolition of Khotachiwadi, a notified heritage precinct in the city.

Activist James Ferreira said they had decided to take out a march, light candles and sign a register to mourn the demise of the village as the demolition of the house had begun.

“We were warned by the police not to stage a march,” said James, who pointed out that it was local Shiv Sena activist, Anand Savelekar, who came to the aid of the heritage lovers and stopped work on the building site.

”Since the police did not allow us to stage a march, we have decided to hold another meet and march next Saturday. Citizens’ organizations will take part. We need to fight for the heritage of this city and point out how these heritage laws are being flouted with impunity,” said Ferreira. Khotachiwadi has come under siege from builders who want to take over the old cottages and houses and develop them into buildings.