The homegrown neighbourhood is a collaborative effort, its inhabitants creating space together, in an incremental manner, with capital accruing over a period of time. There are minimal formal plans, construction drawings, and heavy cranes, yet a house in such a place is made by designers, builders, planners, negotiators, and managers- with these roles absorbed in the work of the contractor. The contractors are approached with projects based on networks of trust and solidarity. The collaboration between the resident and the contractor requires an emotional investment from both sides. The urban fabric of these homegrown neighbourhoods allows for community support, political organising, and negotiations.

The material coherence of these settlements is dictated by the limited technology adopted by the contractors, that which is locally available and affordable. While a homegrown urban morphology is produced through repetition, every house and lane in the neighbourhood is individualised and different. The residents in a particular cultural and climatic context rely on a shared architectural model which is varied based on an ideal life envisaged by each family. Despite the perceived fragility of the structures and their shallow foundations, these settlements show tremendous resilience in withstanding the test of time.

These homegrown cities emerge in various contexts over various time periods. As studied by Bernard Rudofsky in ‘Architecture without architects’, (Rudofsky, 1964) an introduction to non-pedigreed architecture, the continued history of informal architecture is rarely mentioned during formal discourse on the history of architecture and the evolution of its styles. This form of architecture is produced not by specialists but by the spontaneous and continuing activity of a people with a common means, acting within a community experience. Though often considered accidental, Bernard Rudofsky describes the philosophy and practical knowledge of untutored builders as untapped sources of inspiration for the industrial builder. The wisdom here that can be gathered from the builders is far beyond the practical, aesthetic teachings of formal styles, portraying how to live and let live, how to keep at peace with your neighbourhood in the local and further even global sense.

Self-built housing solutions created in economies of scarcity often focus more on what can be created than what should be to provide liveable solutions to many. The immense variability of people’s needs and the constraint of an inelastic budget and space in these neighbourhoods is a challenge for many formalised institutions. However, the self-organised makers are resourceful and provide incremental means to meet needs of the residents. The construction process marks the beginning of design of the self-built. A series of undocumented data exchanges occur between the contractor, head masons, labor, and hired workers. The construction process is directed through a series of negotiations with the neighbours and officials, to make legal out of the illegal. They provide ad-hoc solutions where design evolves on the spot.

To an unobservant eye looking in from the formal, settlements like Favelas seem to be an impressive, chaotic mass of densely packed houses.However, a new world, one of narrow streets and steep stairs, of small windows overlooking dark alleys where electrical cables tangle and construction has its own set of laws and codes, reveals itself on closer inspection. A house in a favela, much like one in Dharavi is often built over several generations: the next contractor continuing for the previous. In favelas of Rio, it is common practice to rent out different floors of their house to either other families or extended relatives. Three key requirements must be met by the construction materials used for homes in favelas: low cost, light enough to be carried and compact enough to pass through narrow streets of the favela.

While a lot of homegrown neighbourhoods have contractors as their makers, some such as Cazuca, a neighbourhood in the Soacha municipality of Colombia, consist of self-managed and self-built projects instigated by residents themselves. Many of the residents of this culturally homogenous region are migrants or refugees who escaped the political violence and instability of their countries to seek a better future in Colombia. Being referred to as an “invasion neighbourhood” or facing environmental deterioration in the arid landscape are some examples of the challenges that come with living in the homegrown and “in-formation” settlement of Cazuca.

Similar to these neighbourhoods are the Roma settlements in France and Italy where residents live in self made camps that exist in a simultaneous state of solidity and temporality that has delayed their eviction. The Roma community have incorporated an idea of homegrown building that creates dignified living conditions and provides access to basic infrastructure through local means. The DIY urbanism is accepted by authorities as long as it does not engage with major urban infrastructure, is light, and remains within ignored or remote locations. Urban and residential solutions in both cases are best developed by the residents because they are aware of their socio-cultural and economic necessities.

Dharavi, a homegrown locality in Mumbai, acts as a point of reference for urbz and this study. Its unique and fascinating formation has inspired many activities, concepts, and projects. Examples include the toolhouse, The Design Comes as We Build project, and the concept of neighbourhood “in-formation” that all bring focus to the value local builders, contractors, and artisans have created in the neighbourhood. The overshadowing of the efforts by local builders and contractors by classifying it as ‘informal’ can be detrimental to our understanding of ‘housing’ in the urban as well as the growth and healthy development of these neighbourhoods. Since similar settings and issues can be witnessed in other localities across the globe as well, the makers of these neighbourhoods and their technologies will be the focus of this blog series. 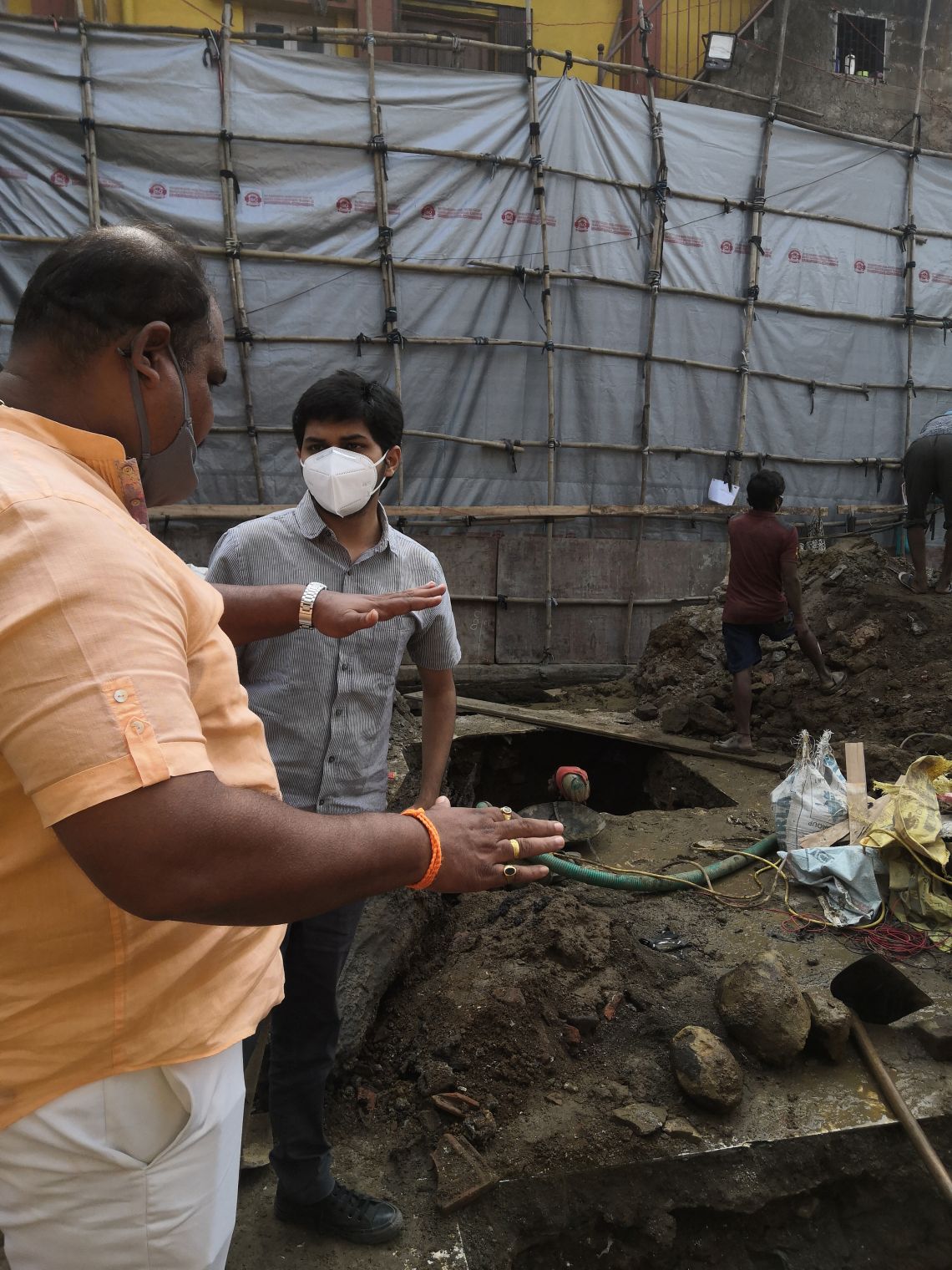 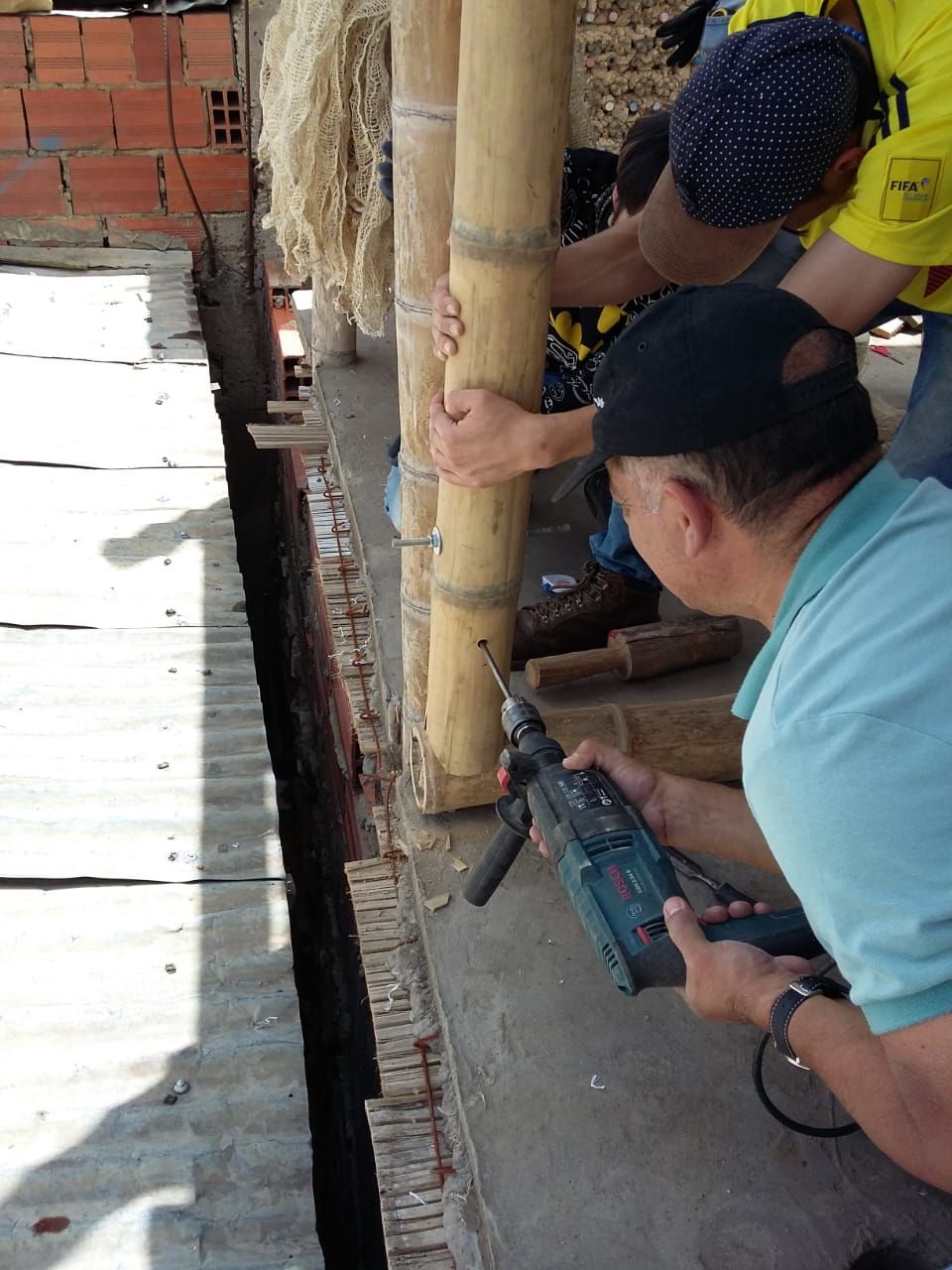 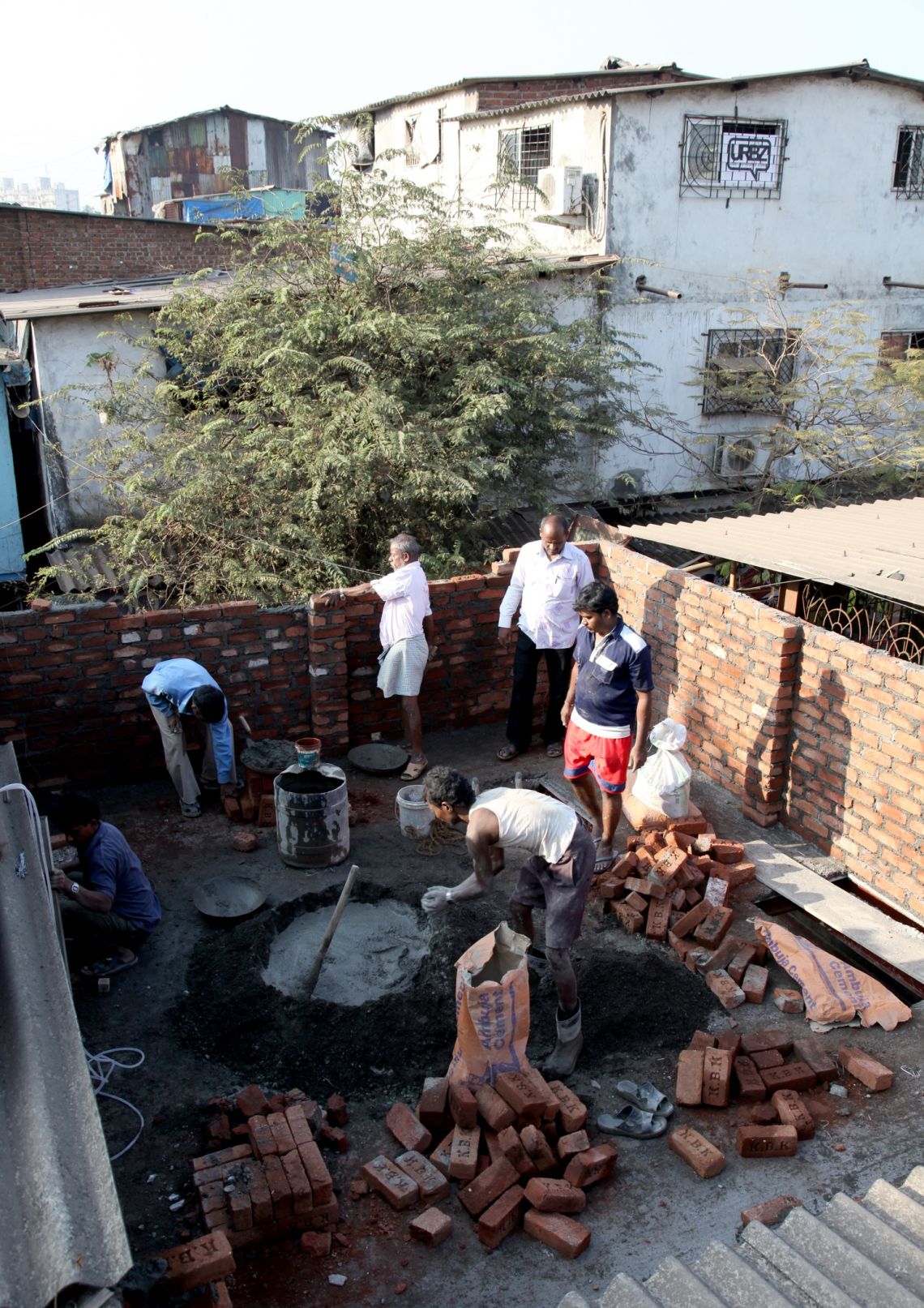 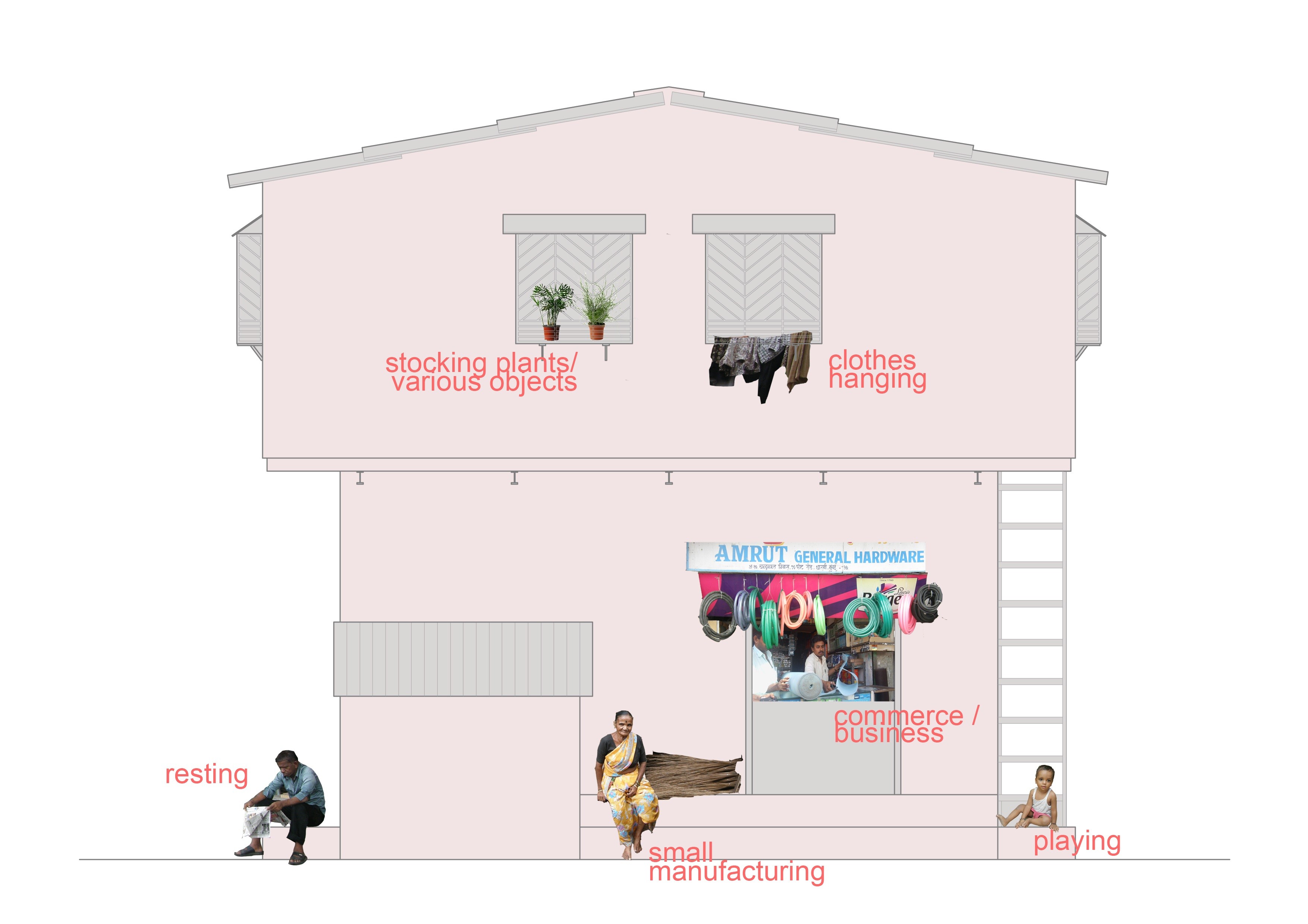 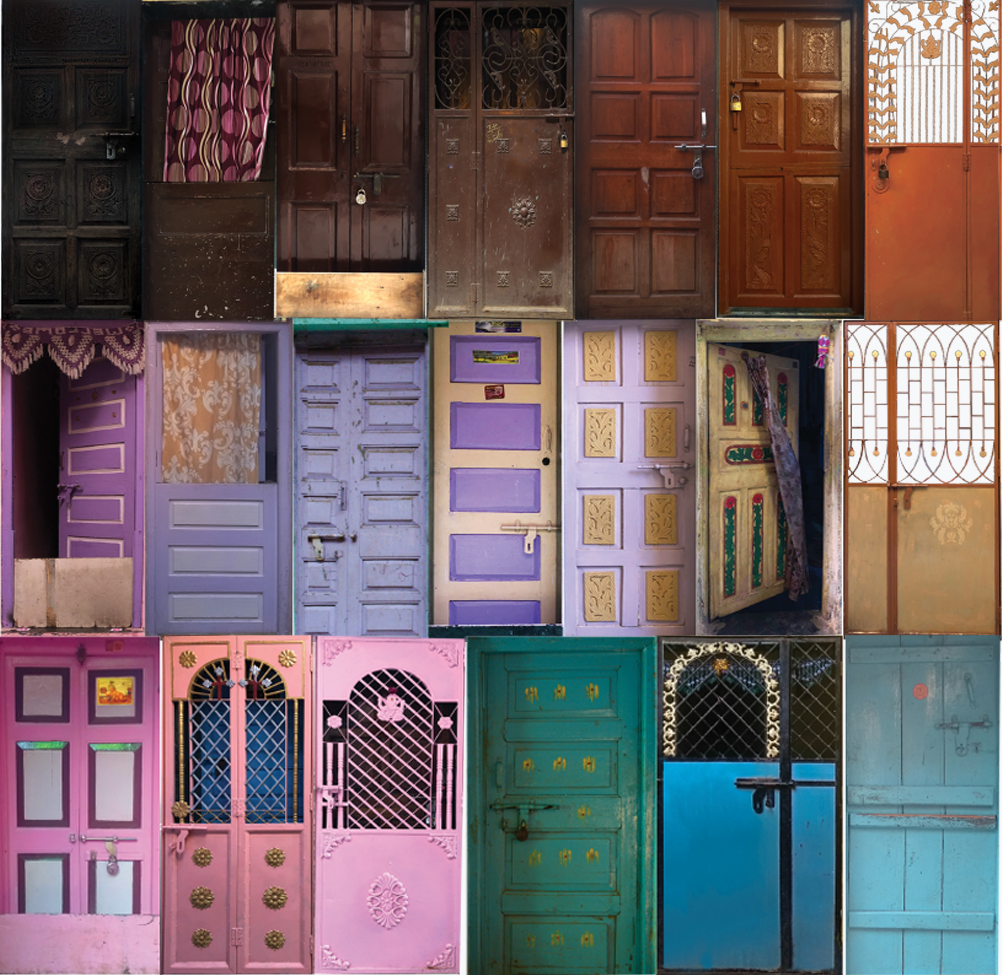 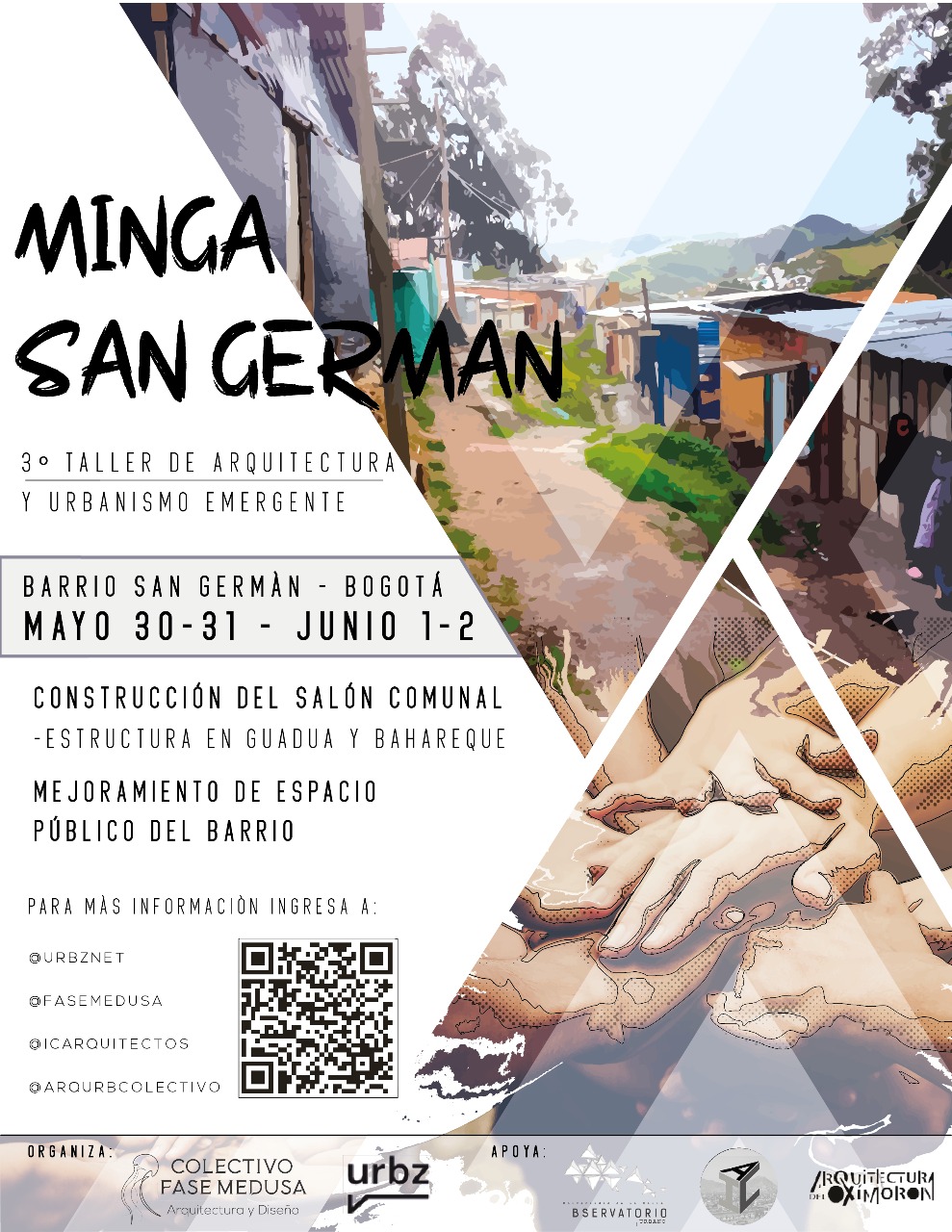