The mangroves, little known to most, are the protectors of the shore. Their aerial roots enable them to survive in saline water, while also binding and stabilising the coastal soil, protecting it from erosion. Moreover, the roots form a strong buffer from harsh currents and strong waves coming from the sea towards the landmass, softening the impact on the coast. Mumbai, a city built on seven islands has historically had a large mangrove cover along its shores. In the last decades, a lot of it has been cleared to make room for new infrastructure. This, as you can imagine, will reduce the city's coastal resilience to climate change as it now stands bare-backed to the ocean.

Over the last few months, we at urbz have been talking about interventions to engage with the ecological and economic aspects of the mangroves for we imagine that it could be a valuable primary resource to have, right here in the middle of the city, if conserved and used in sustainable ways.

As a way of beginning to engage with these mangroves, we got in touch with the local fishermen; the Koli's, who have been some of the earliest settlers of Mumbai. The Koli's of Dharavi, apart from going out to sea, have been traditionally catching a diverse variety of fish that inhabit the mangroves. This estuarine fishing is dependent on the quality and quantity of mangrove cover. The past decades have seen both these variables diminish significantly. Despite the odds, the Koli's from Dharavi have come up with new techniques to cope with the stress of urbanisation - they have created fishing ponds in the Mithi river to provide a clean habitat for fish to breed in. The ponds have nets on small concrete blocks (Uugeris), forming a system similar to that of a sluice gate mechanism which enables them to control the flow of garbage and pollution coming in. During the high tide, the sea flows inland through the Mahim Bay and feeds water into the Mithi river. The rise in the water level allows for water to flow above the earthen walls of the ponds. Along with the water, come the fish, which are then caught in the fishing nets laid in the ponds by the Koli's.

Our excursion began at the Bandra-Sion link road where we jumped over a wall into the mangroves and proceeded to walk about half a mile on foot to a spot where our guide and fisher-friend - Mr Wilson's little boat was anchored. Rowing across the water as the sun rose through the sky, we found that despite the stench of sewage and the mosquito infestation, the pond still retained some of its natural beauty; the clusters of trees forming a canopied pathway to row through.

We spoke to Mr Wilson about his challenges as a fisherman and asked him to describe the changes he has noticed over the years. One of his key concerns was the increase in the amount of waste entering the waters and the multiple side effects of that, which was one of the reasons why he and other members of the Dharavi Koliwada had decided to build ponds, or protected pools of water, in which they could breed their fish. He also told us about the increase in the noise pollution from the nearby metro construction site from which the deep digging activities had produced far reaching reverberations causing many fish to have heart attacks and die.

On further conversation with his brother Prince, we found that they used to own a small storage shed which got damaged in the 2012 floods. Prince nostalgically told us about the times he spent there as a child, catching fish and then roasting it on a bonfire by the shed. He said that this was a space he often visited to find solitude and peace amidst his busy life in the city as a lawyer. He also told us about his ideas to share this place with others interested in visiting the mangroves and experiencing a typical day in the life of a fisherman.

This immersive visit to the mangroves got us thinking in new ways about the many benefits of the urban mangrove forest, not only to the coastal landscape and the Koli's but also to the city at large. More to come in our next articles! 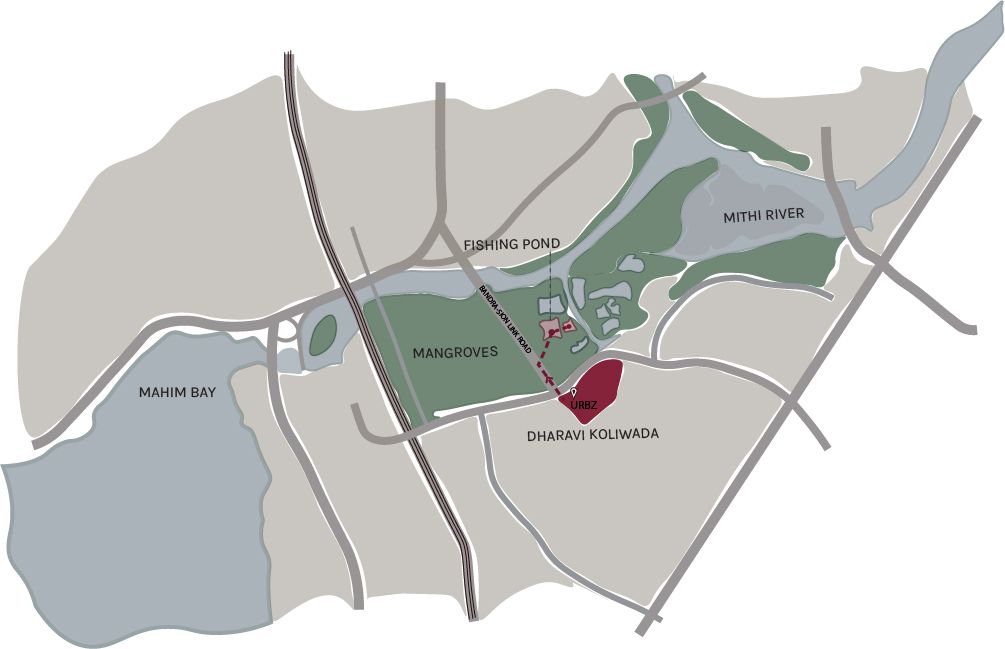 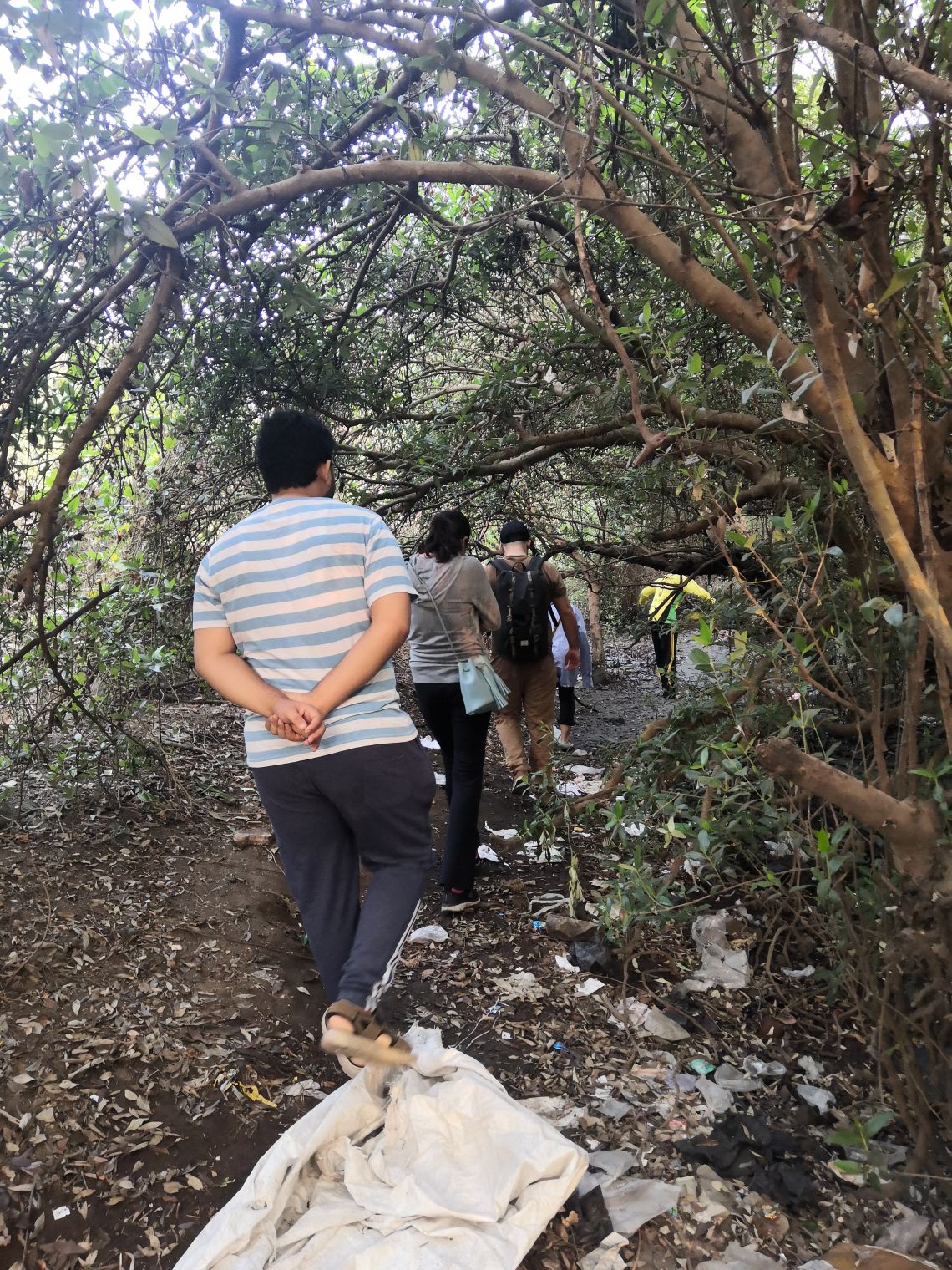 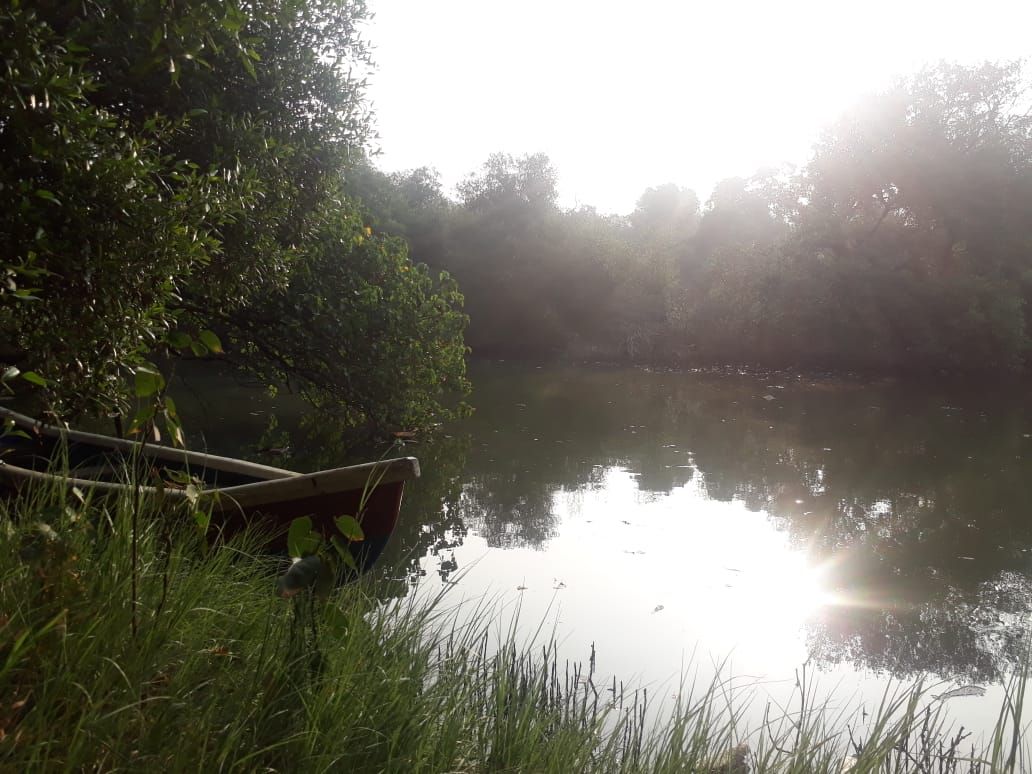