Spatial dimension of businesses in Dharavi

Dharavi witnesses many special and very unique dynamics in terms of both spatial use and economic productivity. These two factors are not mutually exclusive and play a role in the organic and incremental growth of the settlement. Toolhouses are places for both residence and work. Floors are divided based on housing and commercial needs. The homegrown quality of the settlement grew from the influences of many different cultures and social customs. The urban fabric of the neighborhood is composed of artisans, craftspersons, mechanics, and people following various trades who locate themselves based on factors that would benefit their families and economic activities.

Space has always been the marker for the growth of small-scale businesses in homegrown neighborhoods. After the downfall of mills in the 1970s, there was a rise in home production. Hundreds of household units made their shift to a live-work setup. This decentralized manufacturing approach made Dharavi the production hub that we see today. In most cases, clusters of similar toolhouses concentrated in one neighborhood focus on one type of business. These clusters create a codependent ecosystem for any given business. This toolhouse typology is a recurring theme in many homegrown neighborhoods of India and other parts of the world.

In the post-Covid era, the need for a live-work space has become more evident. Whereas, these homegrown neighborhoods have been operating in a similar format for decades. Small scale businesses in Dharavi have always made the optimum use of space through toolhouses. The multidimensional use of space not only benefits the small businesses but is also vital for the economic sustenance of the homegrown neighborhood. The owner of the toolhouse generates his income from the rent he gets from each floor. The business owner gets the ready infrastructure without the additional cost of maintenance. In Mumbai, where the cost of living is high, the migrant worker lives in the toolhouse rent-free. Other household businesses like tiffin services and essential stores are benefited from the migrant workers.

The circulation and design of the toolhouse change from industry to industry but the function remains the same.

Kumbharwada consists of five lanes, dotted with over 120 kilns, with houses and workshops swarming around them. Most buildings here fit a typology with workshops on the ground floor and residential space above. Unlike other parts of Dharavi, this colony has open spaces, with the kiln placed in the yard. The kneading of new clay, collective baking of unglazed pots and packaging, and other activities take place in the courtyard. The finished items are displayed along the streets.

There is a stark contrast of this tool-house typology with that of Bareilly Compound – Dharavi’s very own leather and cloth industry. Bareilly compound came to being after several families from Uttar Pradesh, mostly Bareilly moved to Dharavi to manufacture clothing and leather products. Some of the families in the Bareilly compound have been there for about four generations, but the street is now largely dominated by workshops, with a proliferation of retail activities at the ground level. The workshops almost always double up as dormitories, where the workers live.

Community dependency and support are at the heart of the bustling life in Dharavi- the sense of belongingness, security, and ownership is amplified by the familial connections of residents. Not only do they help each other in times of crisis, but various industries also depend on each other. Be it the Tiffin lunch service business that provides regular meals to migrant labor, or the suture factory in Dharavi that thrived due to its proximity to the slaughterhouse, there are enduring ties across the community.

Similarly, some businesses are closer to each other since they share spaces- like the Khumbarwadas. The potters share kilns and their yards, ensuring localized and tightly knit social circles. Family, friends, employees, and even business rivals are all in the vicinity of the business.

Daily life and work are vibrantly displayed through the thousands of small businesses and factories and a population of around a million residents. Production chains are linked across Dharavi- with various businesses supporting each other. This is one reason why residents are opposed to being relocated to housing complexes and deserve a voice in development discussions of their neighborhoods. Community participation is often a well-reviewed method of problem-solving and community development.

Dharavi is the best example of an artisanal household in an urban setting, crumbling down due to the economic forces that society puts on it. Generally, houses in Dharavi are not individual entities, they are an amalgamation of living quarters and workplaces and this basic template give rise to what we term homegrown settlements. In India, social structures such as the family, community, and caste play an important role in income generation and space-formation. The skills associated with the traditional practices have been passed on from one generation to another and trades have been continued as they are seen as their binding glue to their native places. Some say, “It is what we have seen our fathers do, it is what we have been taught to do and it is the only thing we can do.”

The community living together for generations has garnered in them a sense of trust that eases their business transactions and in general, their lives. They often have common spaces that they use for common economic activities, maybe a courtyard or for that matter even the smallest of a bench. They have developed their houses all by themselves to accommodate everyone, and even today, anybody from extended family to a distant neighbor from their native village is welcome to their space within Dharavi. Such are the societal knots in Dharavi. Rather than see its structures as temporary and informal built-ups, what if we acknowledge this ingrained socio-economic fabric of Dharavi as an organic module. What if the planners, designers, and architects adopt a pragmatic approach to urban improvement for Dharavi? 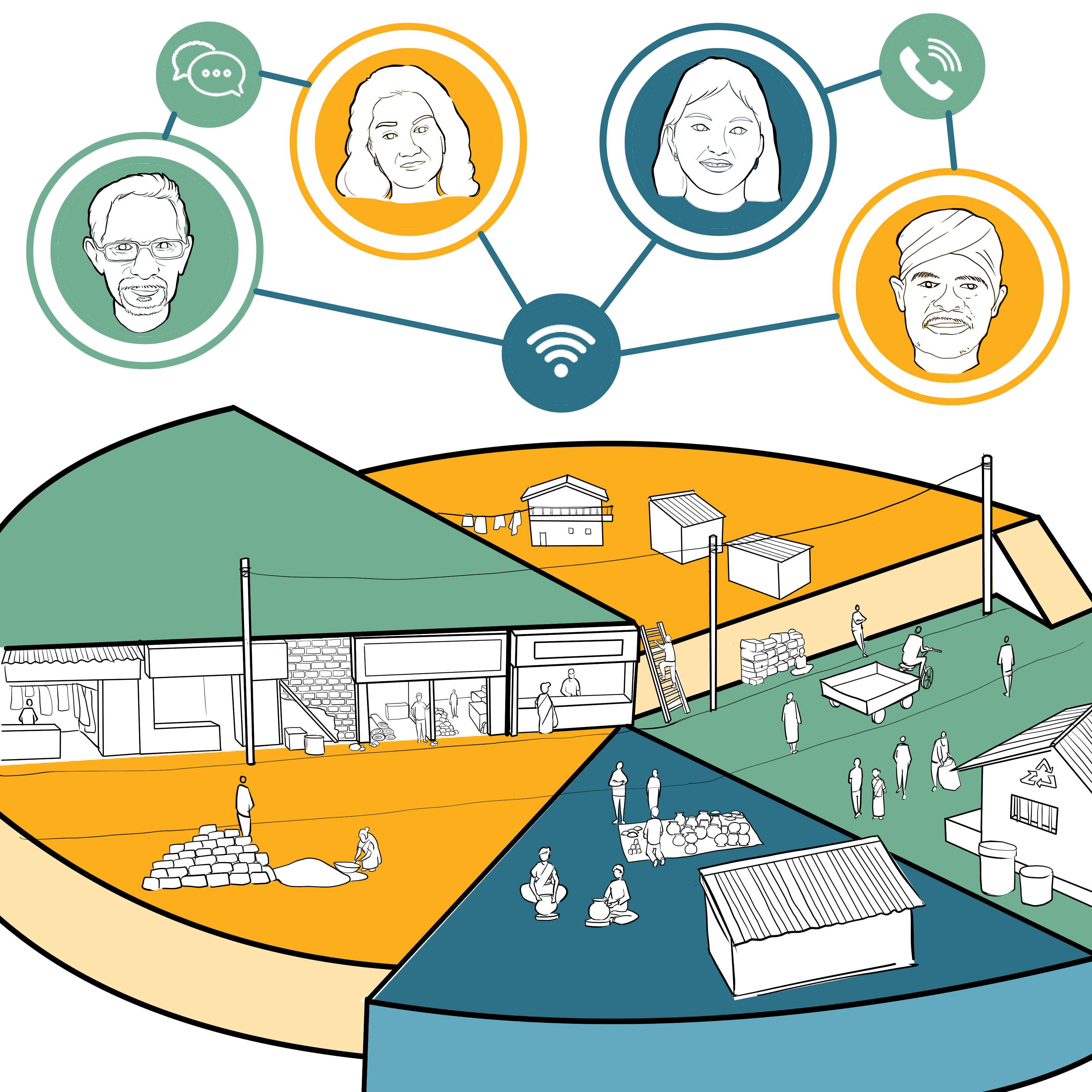 How can social and digital empowerment fuel positive growth for Dharavi's SMEs? 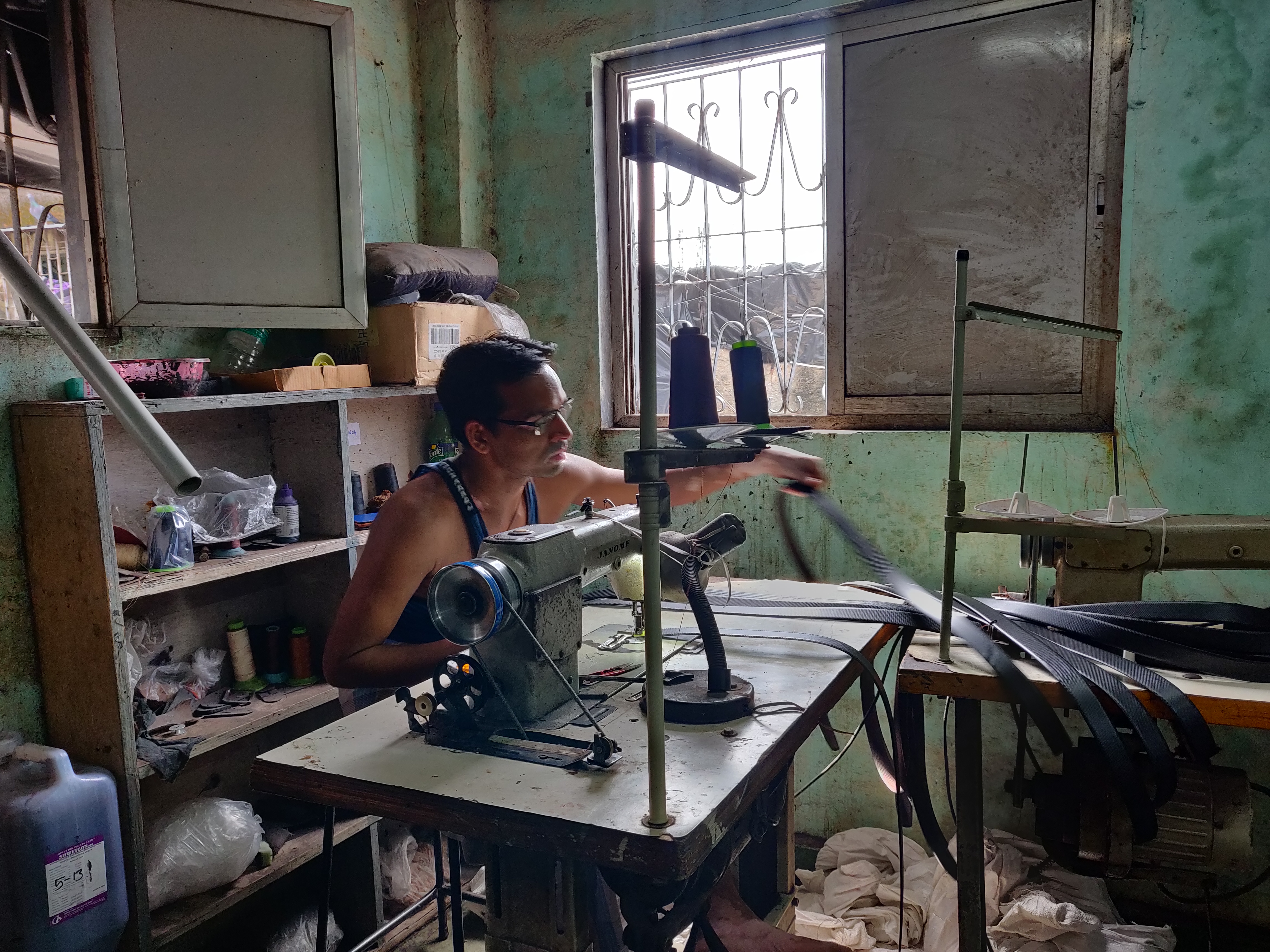 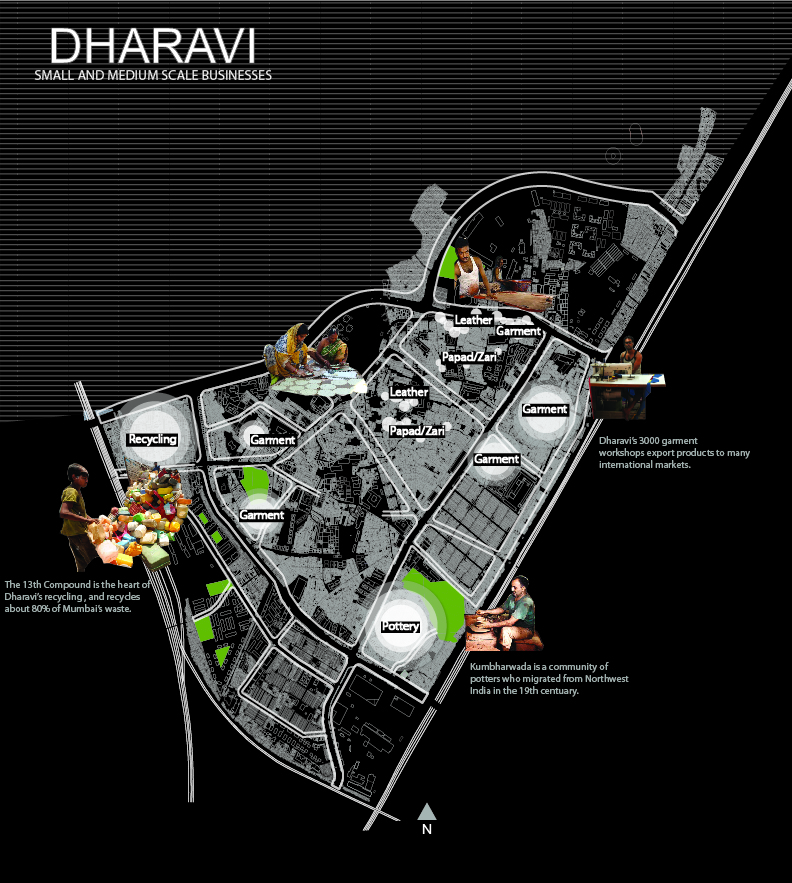 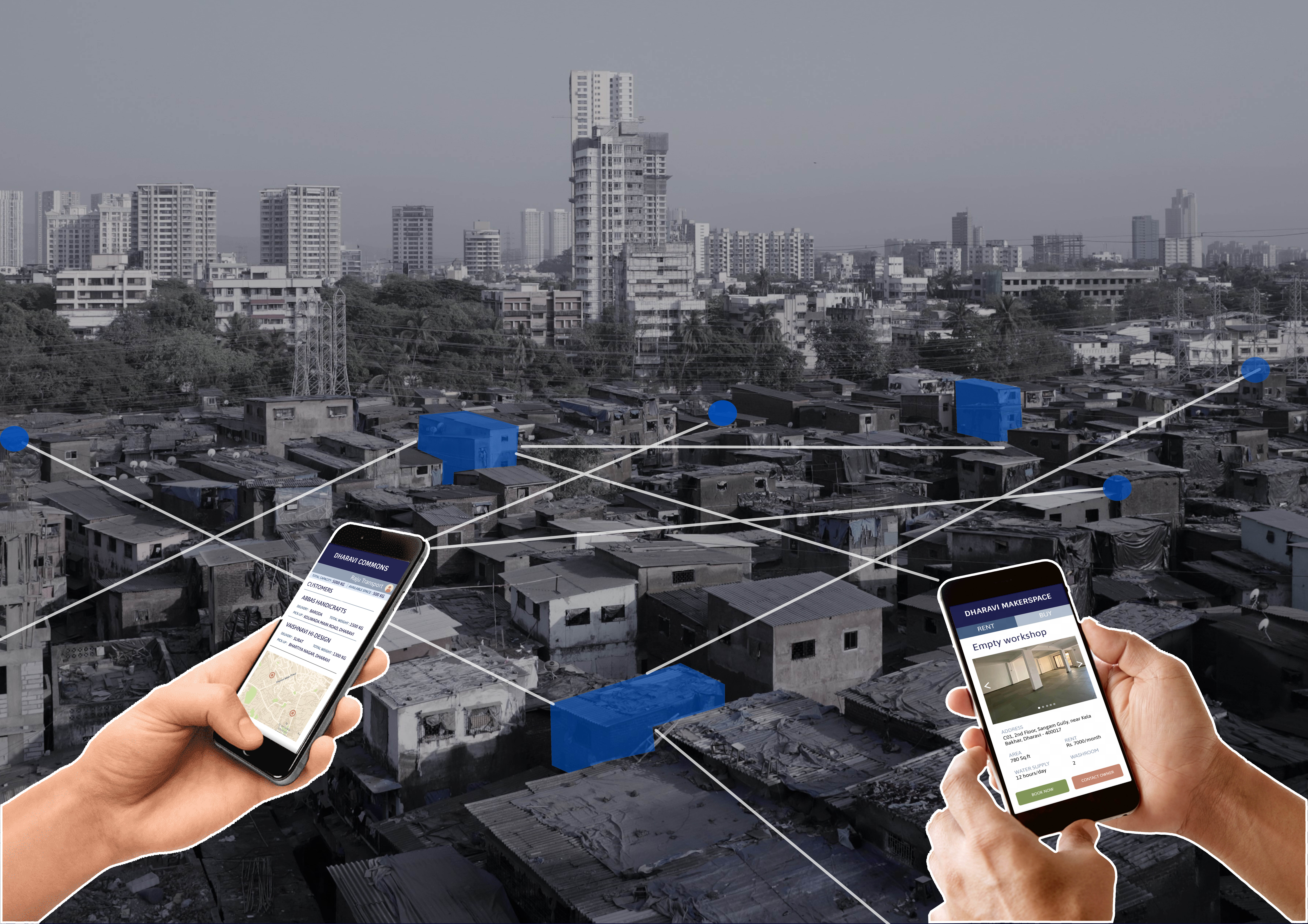 Made in Dharavi : A digital scheme for SME’s

Digitalization can transform how SMEs operate in Dharavi. Made in Dharavi is a digital application that will support small-scale businesses in Dharavi to make them locally productive and globally connected.