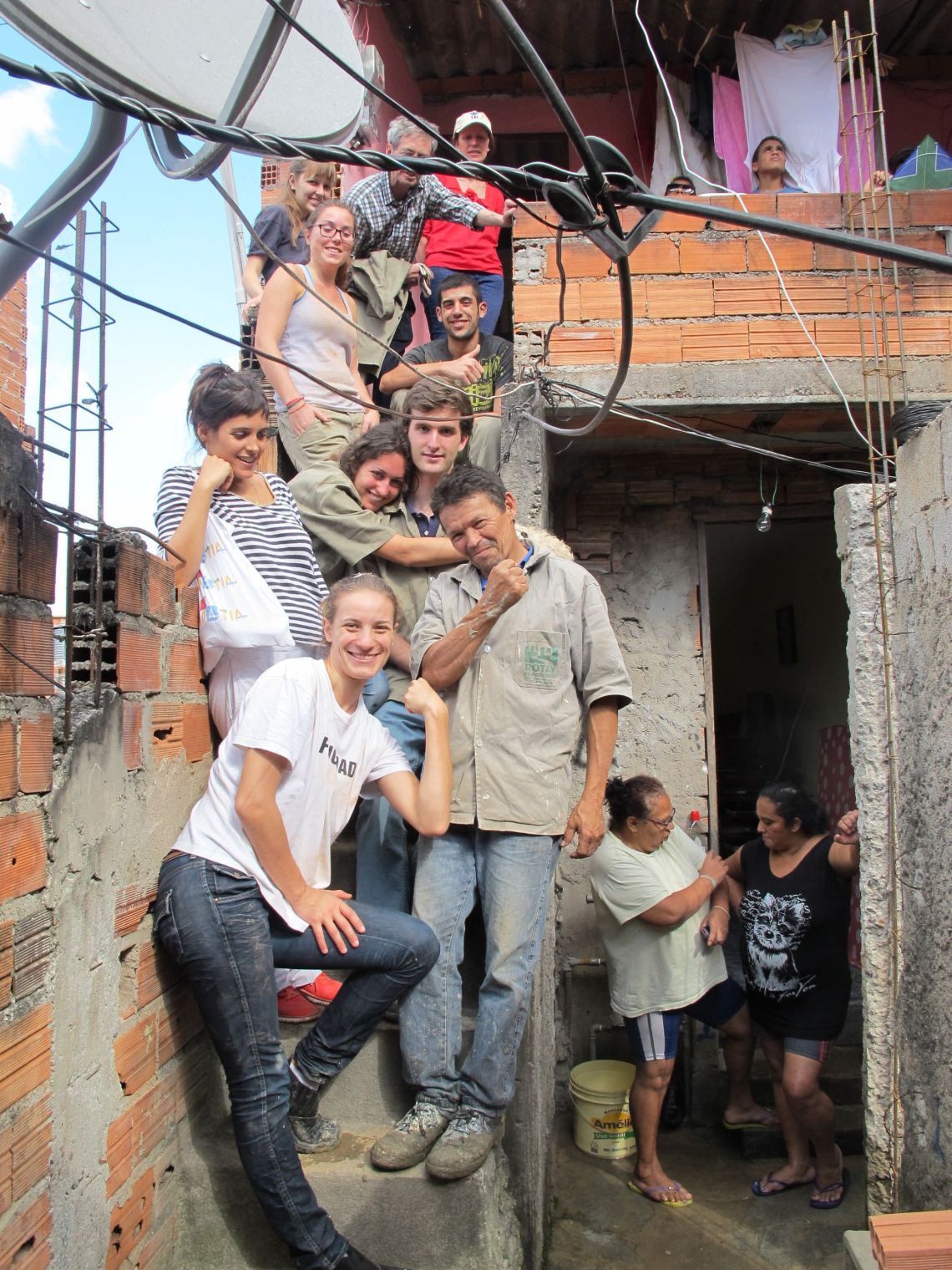 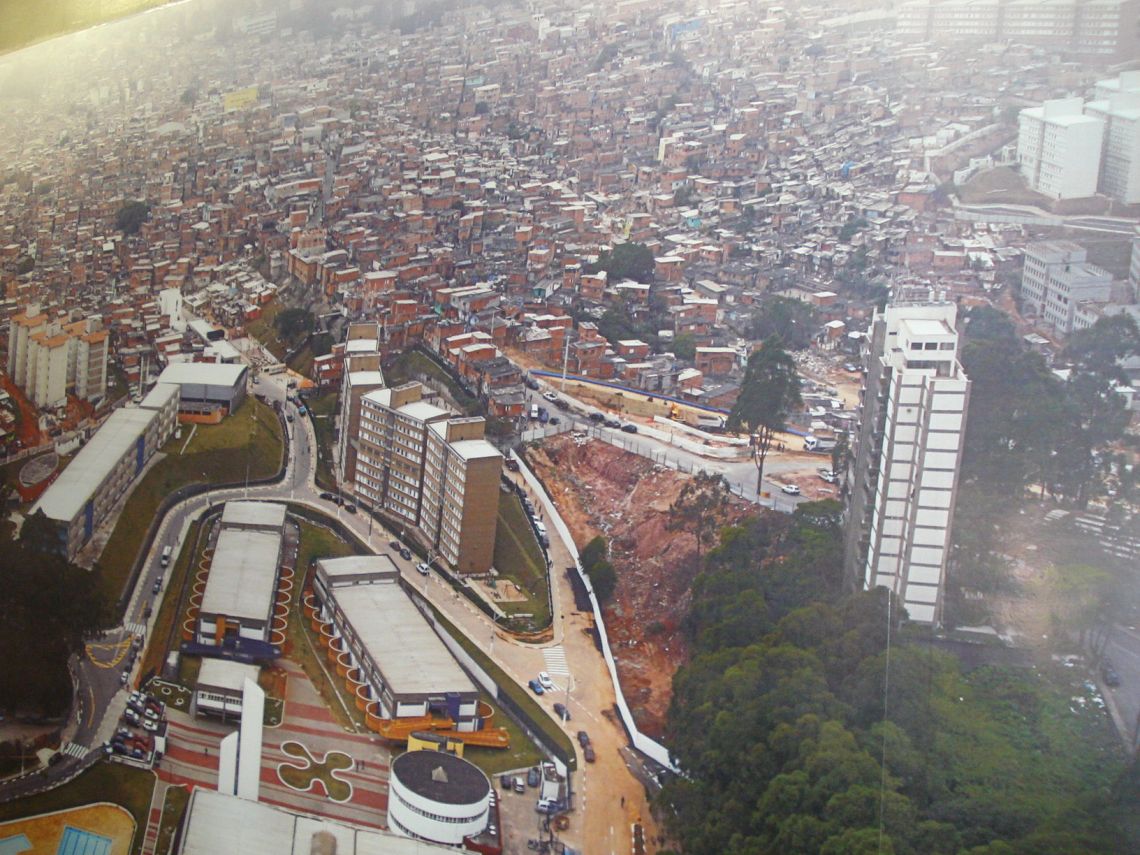 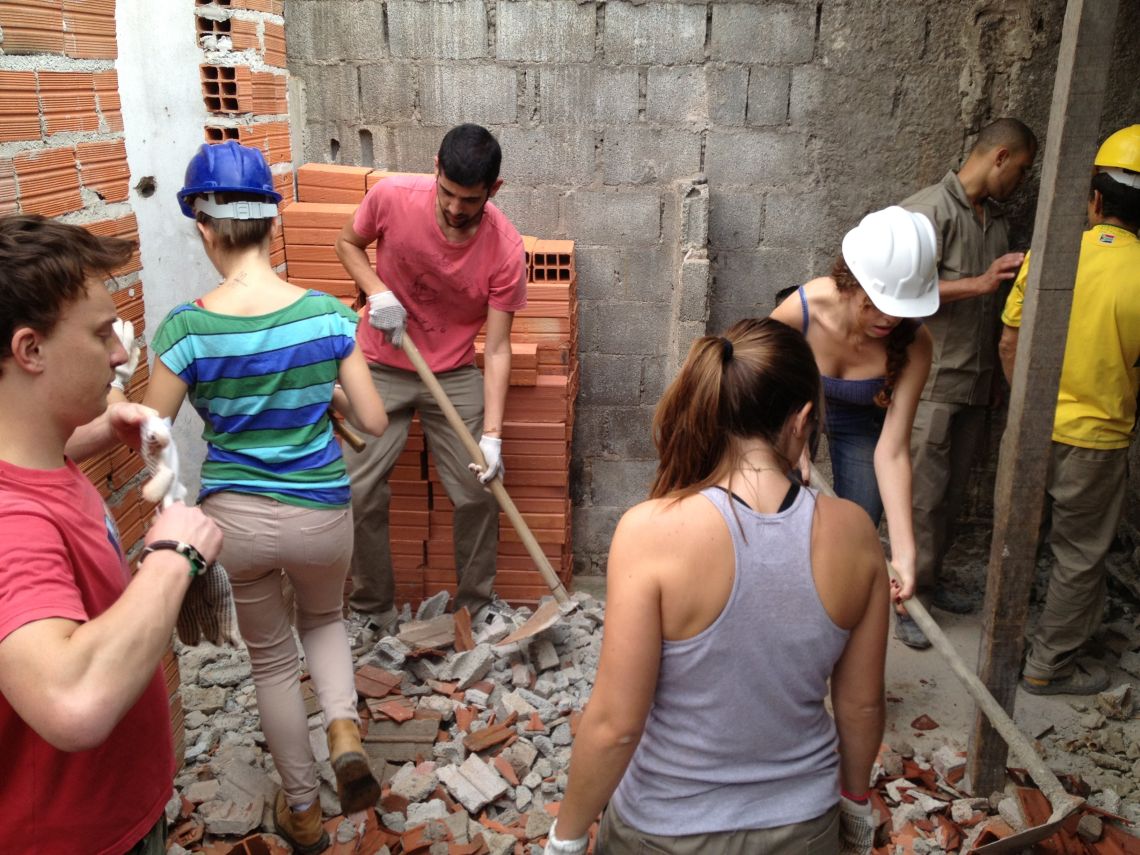 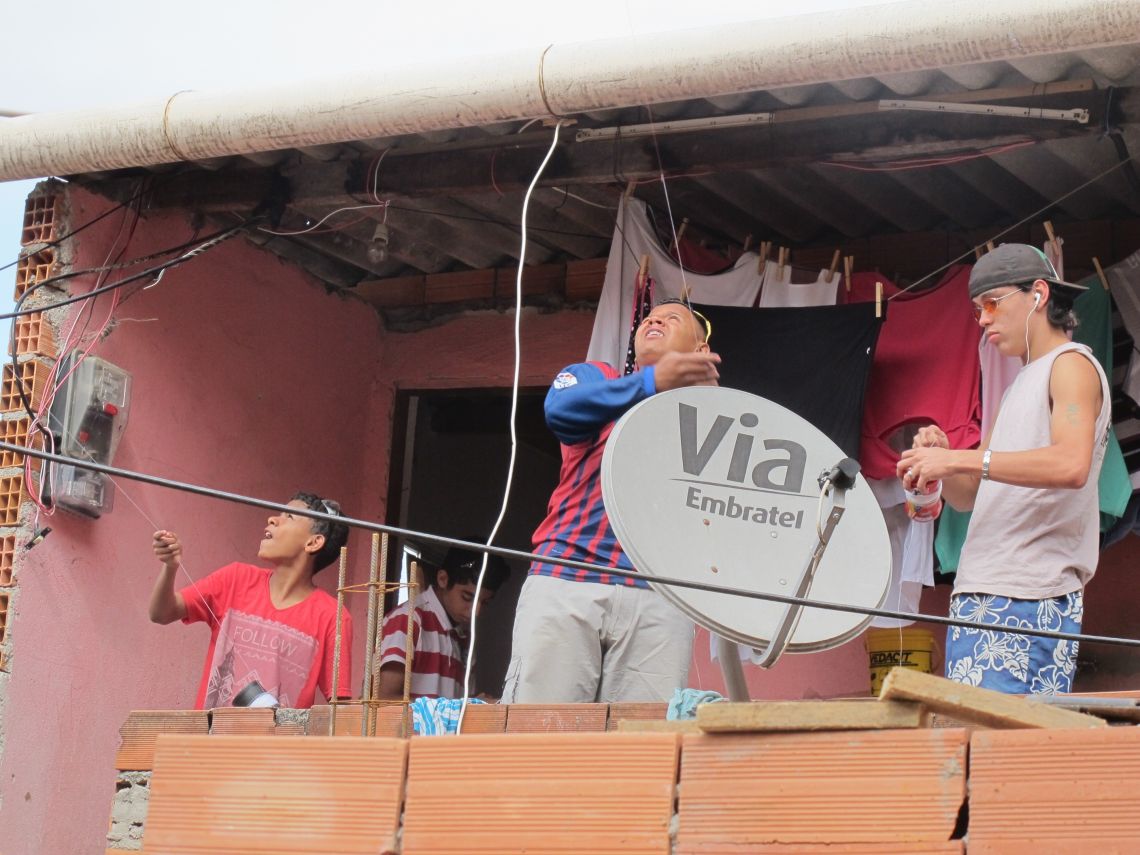 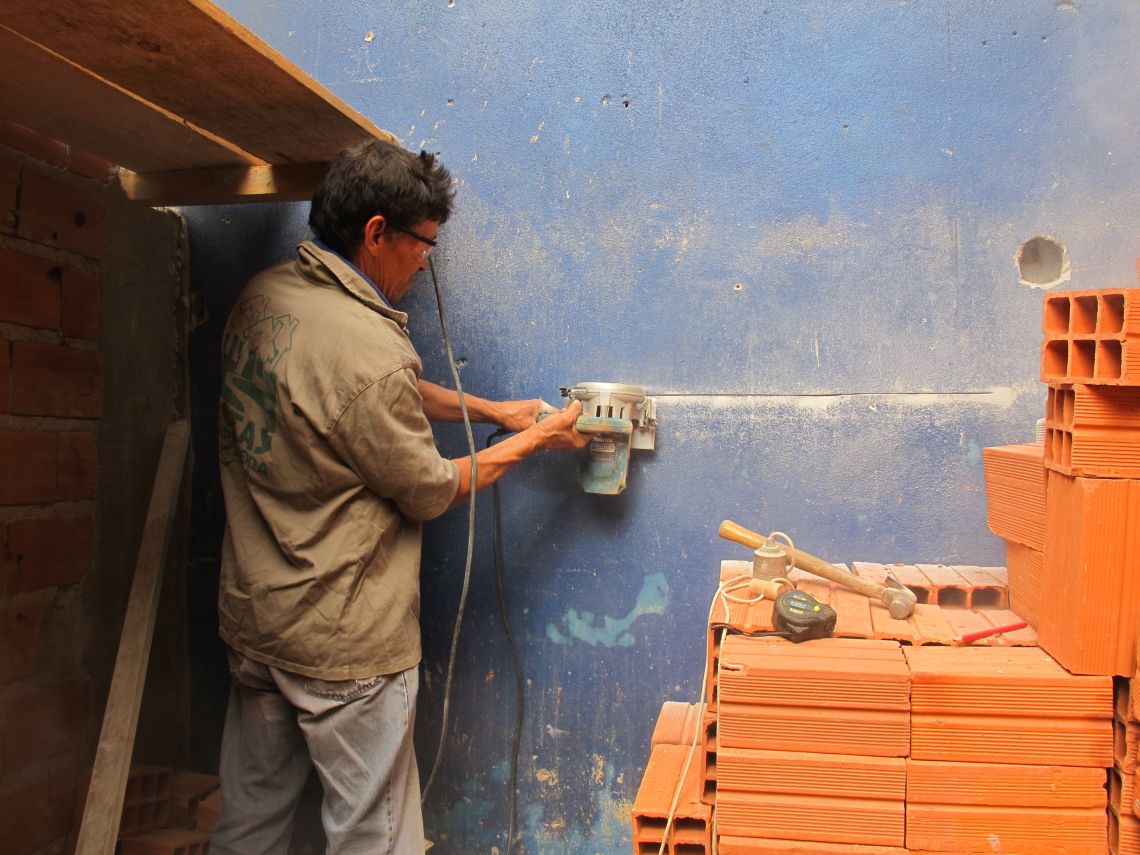 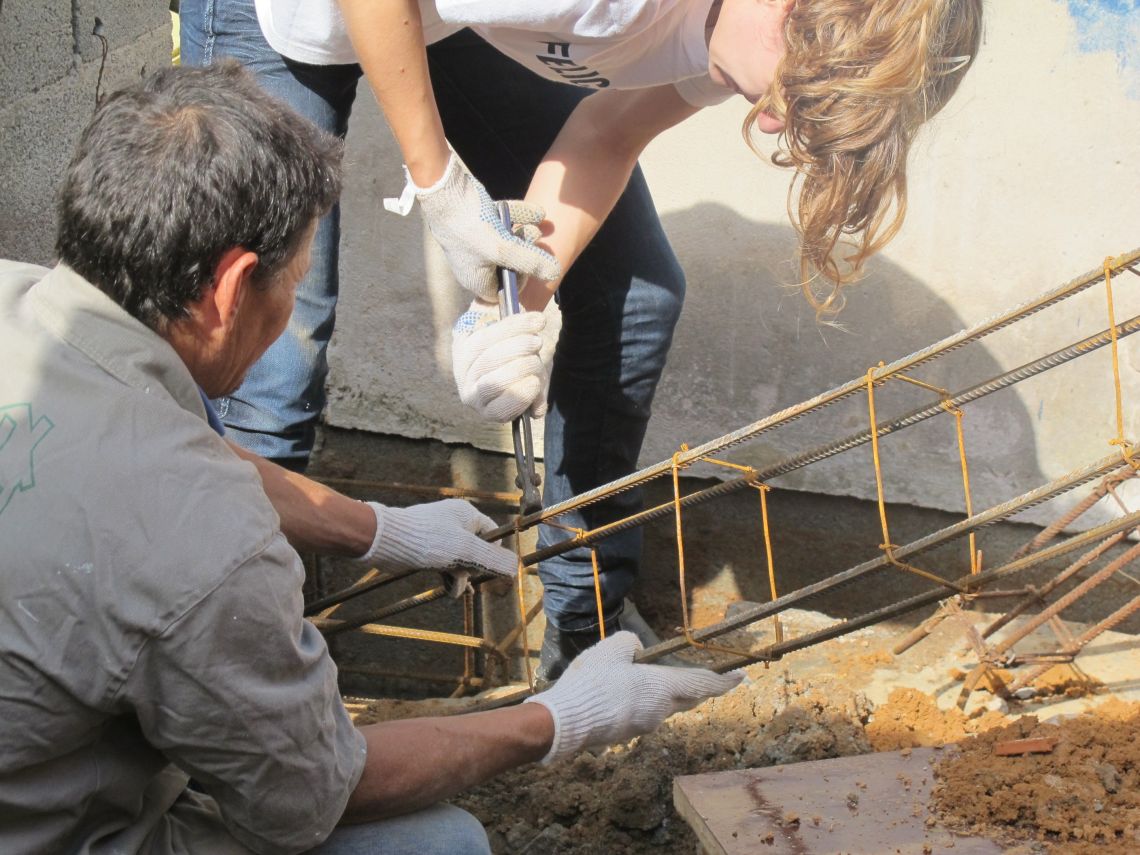 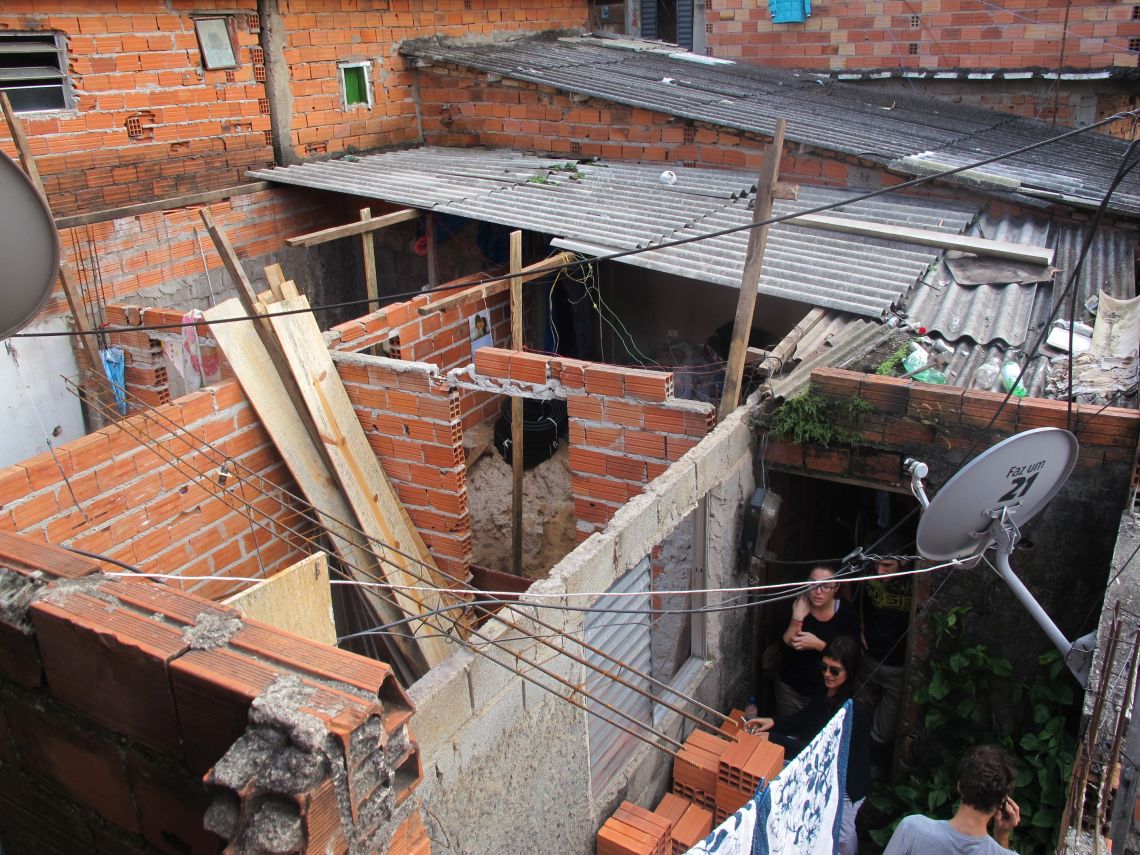 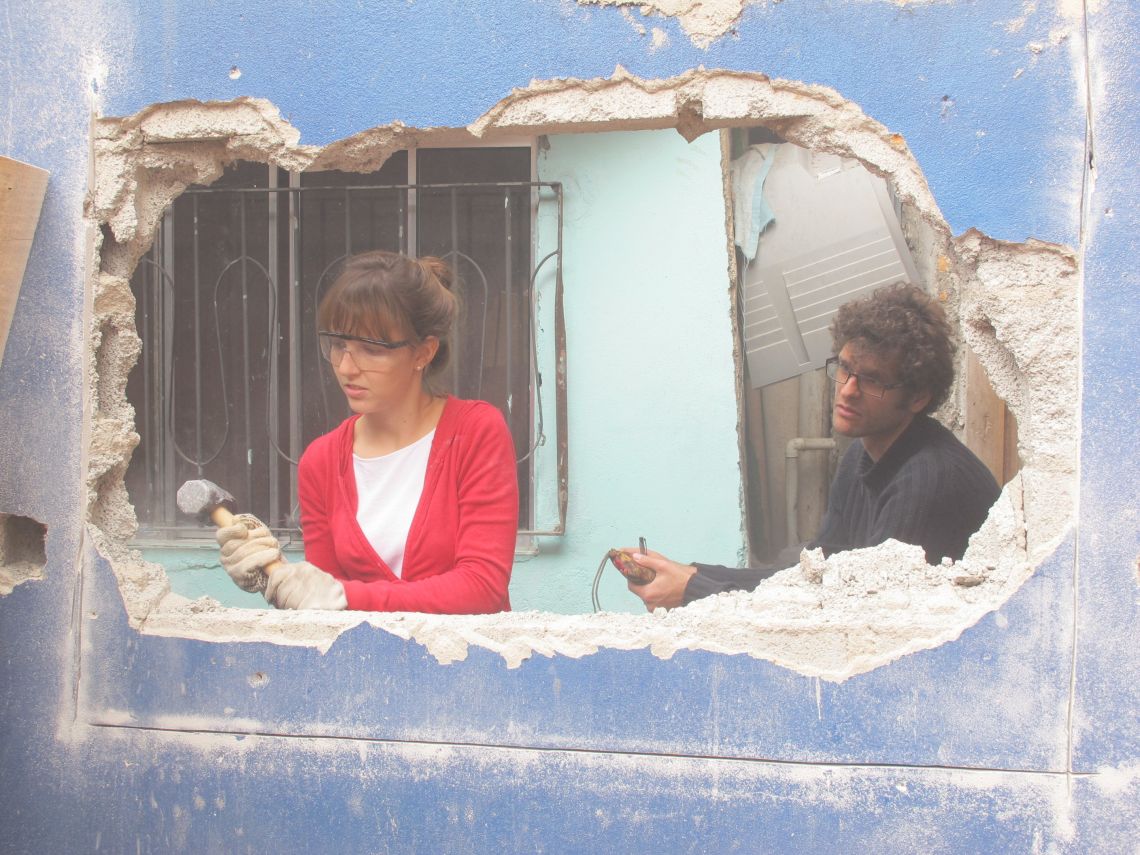 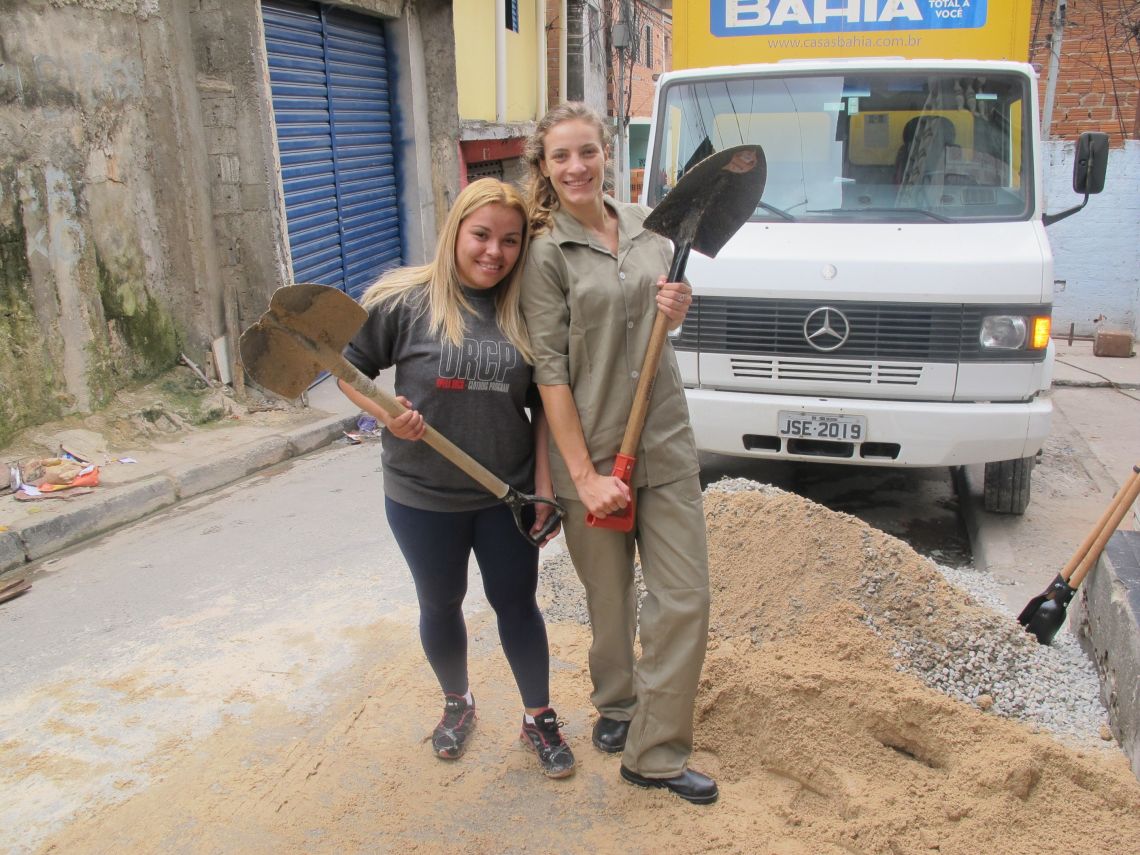 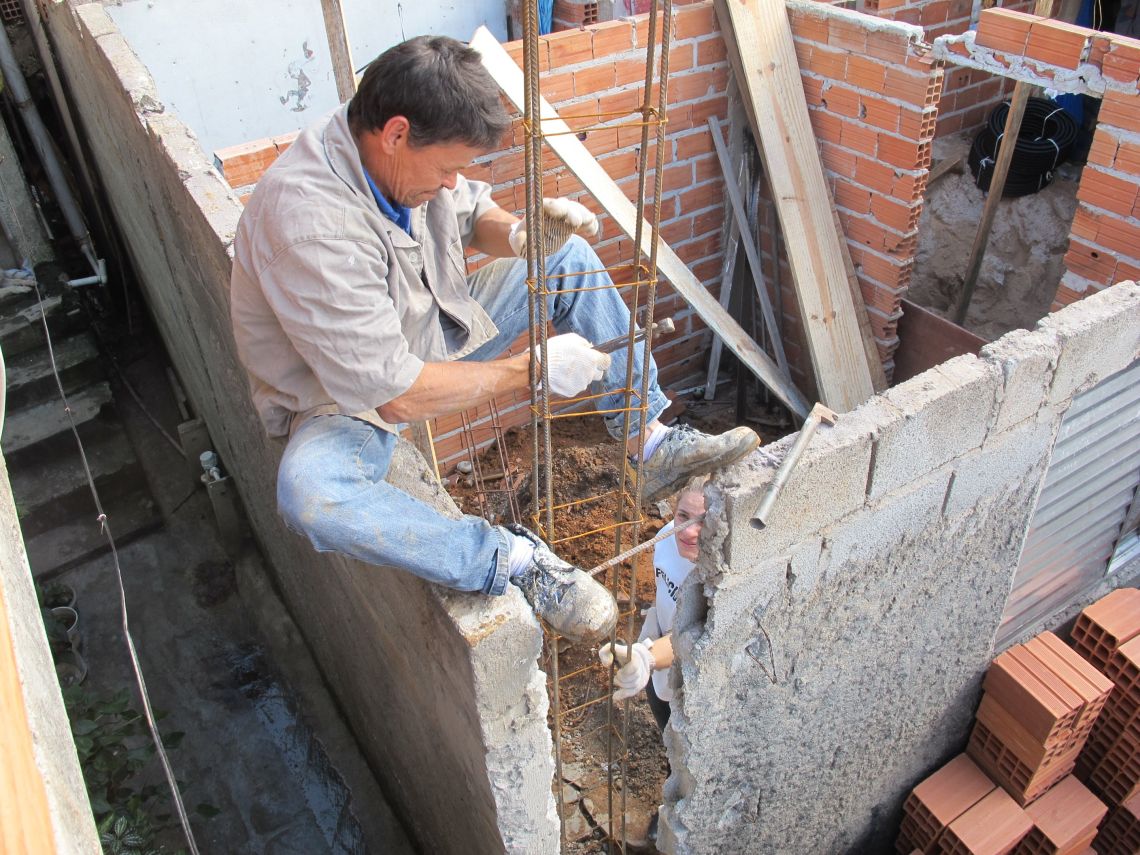 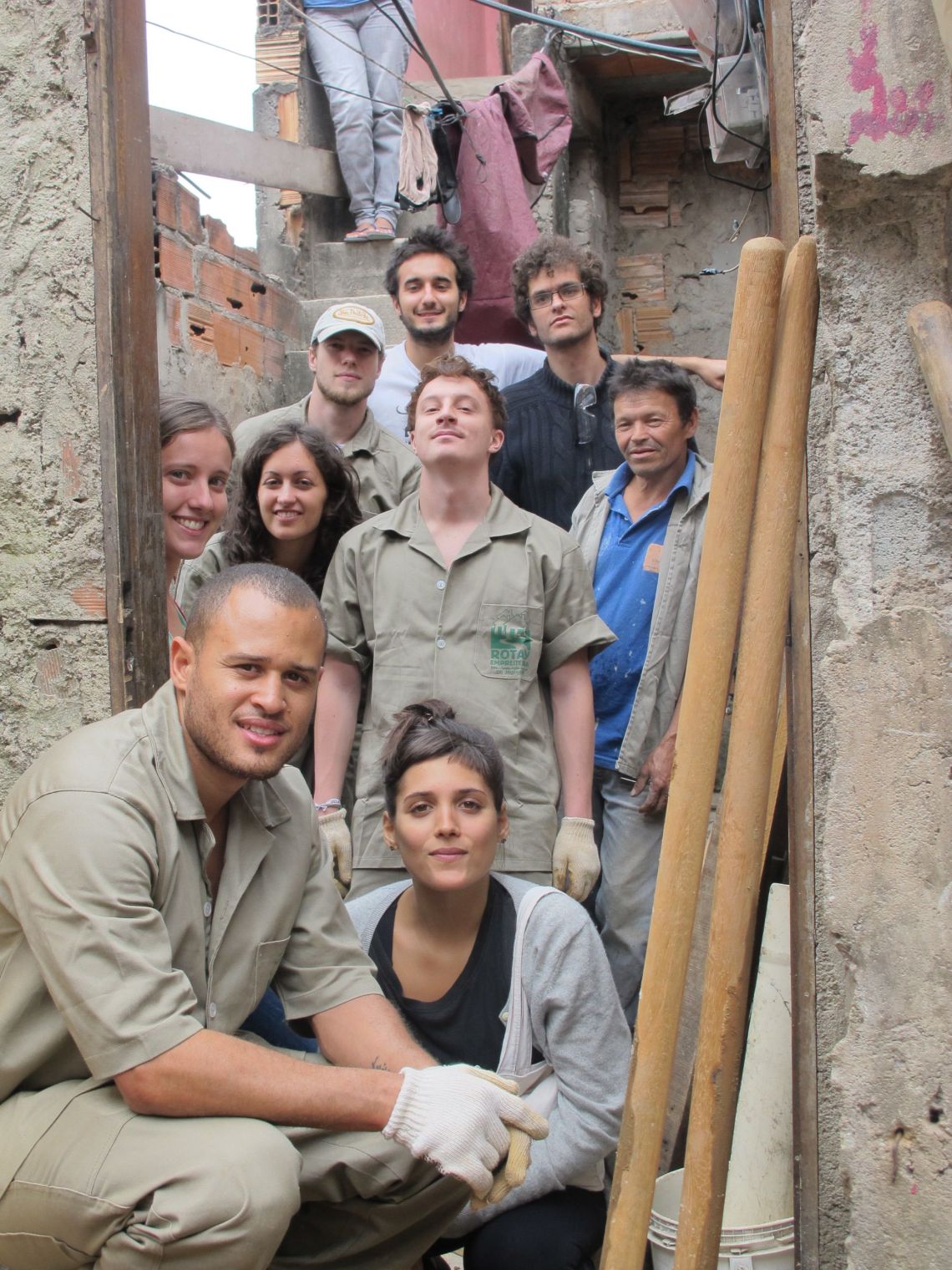 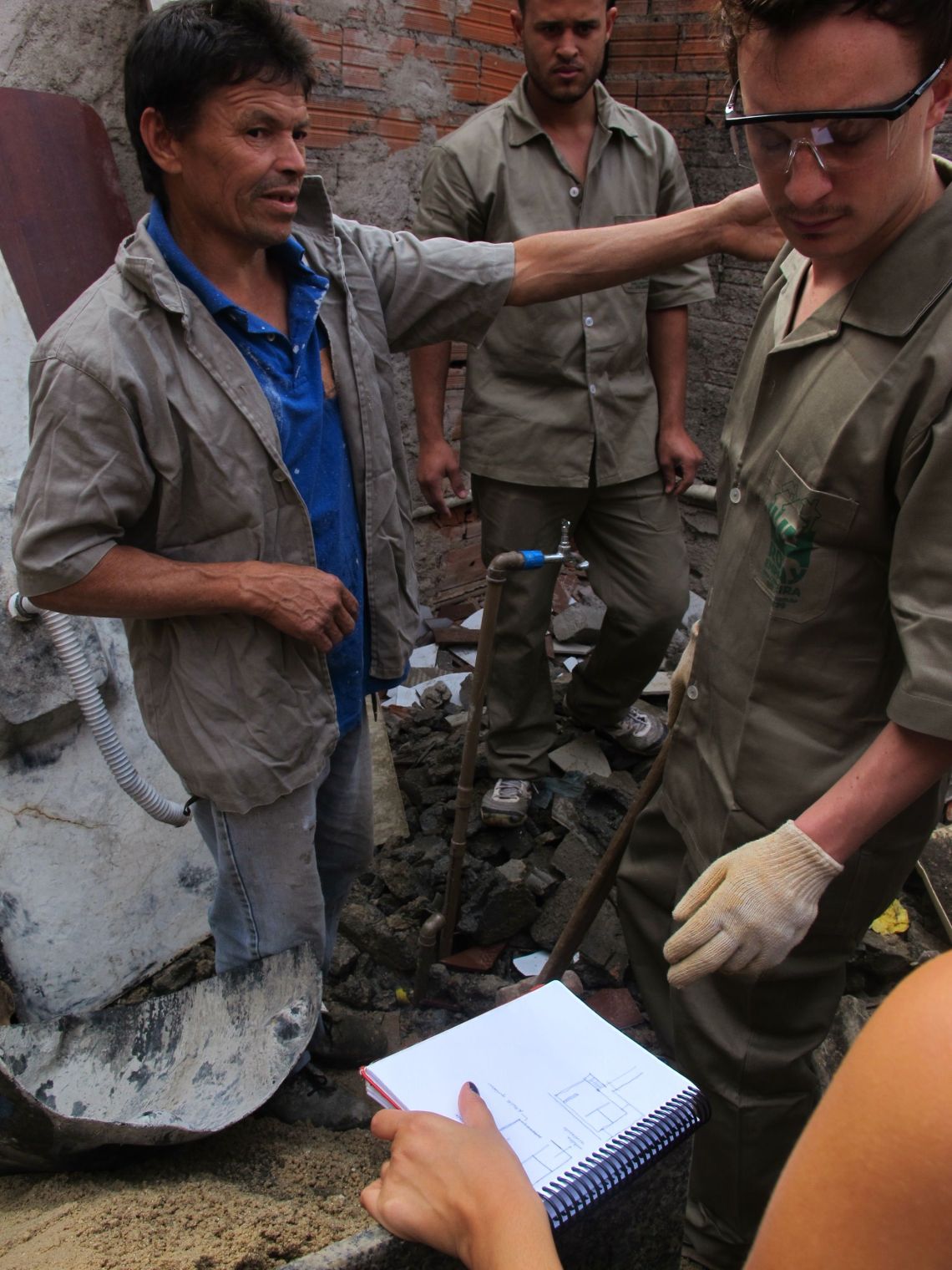 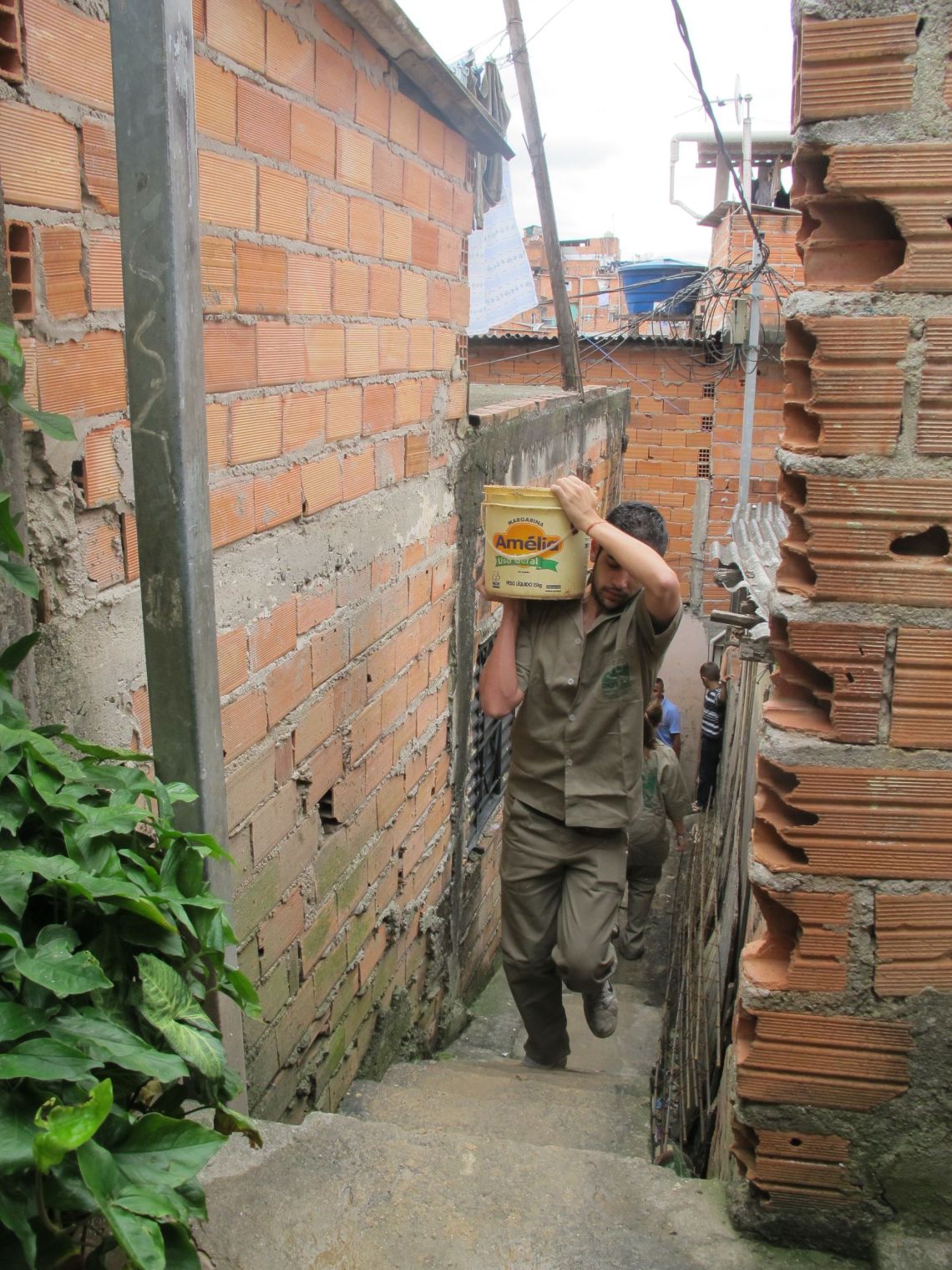 Towards new tools of knowledge

The forces of transformation and change currently affecting cities call urban design's claims on control and stability into question.

Traditional cognitive tools, in fact, fail to describe the extensive and ever-changing reality that quickly aggregates, deconstructs and reassembles. This is because the formal nature of the usual methods of knowledge, analysis and design assume a city's centralised and hierarchical control.

Urban processes tend to be "formalised" to then be subsequently addressed in spatial design. This practice, based on formal models and abstract principles that can be applied to different situations, is therefore opposed to the current trends in cities, which are leaning with increasing intensity towards a more spontaneous and flexible spatial order.

According to this organic view, urban complexity can be analysed as the relationship between spatial form and social, economic and cultural processes.

This observation necessitates further considerations on how to analyse, theorise, and design the city in its many shapes and sizes.

In this sense, the knowledge and direct experience of a city's inhabitants is configured as a fundamental element that enables the understanding and thus the proper way to intervene in the urban context. For these reasons, those same cognitive tools must be modified in order to give students, future professionals and technicians the possibility to launch a new form of understanding of urban dynamics.

The city seen from within

"Cities need to have a complex and well-assorted variety of uses that are constantly interdependent from both an economic and social point of view" (Jacobs 1961); this aspect is highlighted in the book The Death and Life of Great American Cities (1961), in which Jane Jacobs investigates the functioning of the city starting from the inhabitants' social behaviour and their interactions. "Nowhere more than in cities is the external appearance of things inextricably linked to the way they work [...]. Planning the external appearance of a city or speculating on how to give it a pleasing, ordered appearance is in vain without the knowledge of its spontaneous functional order" (Jacobs 1961).

The study of spontaneous (or informal) dynamics is more effective for understanding urban phenomena than the traditional "methods of planning and urban renewal" that are totally indifferent to the "real life" of the people inhabiting the cities. "The idea of ​​a place, its profound sense, or even better its vocation, is not the space defined by designers and architects, but the places of experiences and liveability" (Jacobs 1961).

In the empirical research developed by Jacobs, the concept of neighbourliness and space sharing find a fulcrum in the element of the road for the construction of a community that starts with the spontaneous uses that arise in the city and contemporary areas.

A further reference for understanding the inhabitant-generated city phenomenon is found in the research developed in the early sixties by John F.C. Turner in Peru.

In his research on “barriadas” in Lima, the author discusses the change and formation of entire informal neighbourhoods and the characteristics these processes take on within the urban structure. The most significant aspect of Turner's studies resides in the identification of some potentialities within the spontaneous neighbourhoods and their acceptance as a possible alternative to the problem of housing. In his book Housing by People (1978) Turner criticises the traditional ways of living characterised by a lack of flexibility, echoing what Mike Davis calls "The illusion of self-help" (Davis 2006): when inhabitants can help in decision-making and project implementation, the resulting environment becomes the positive outcome of social and spatial relationships.

Turner spent much of his professional life studying how "ordinary" people - or not architects, design their own housing needs, using only their "know-how" and local resources and techniques. His intention was to show that architects and urban planners, instead of always imposing their solutions, could use alternative processes based on local contexts, by means of local history and social environment research.

The concept of Insurgent Planning developed from this line of thought, which is radical planning whose roots are in the experiences of the sixties and marks a departure from the more institutional methods in order to flank the themes of empowerment45. This trend, which operates in the interstices of urban life, cements mobilisation, not necessarily in opposition to central power, but calls the relationship between formal and informal into question. “Insurgent planning practices are instigated by mobilised communities, acting as planners for themselves […] and possibly using the technical assistance of a committed professional” (Sandercock 1999).

According to Insurgent Planning, the task of planning is instead to enable the community's acquisition of self-awareness and launch processes of self-determination so that individuals can affect their future prospects. This approach does not have as its main objective the creation of a plan, but rather tries to create social change through a process of active collaboration between the community and planner, who never acts "for the community, but with the community" (Sandercock 1998).

Thus planning can "learn" from the informal (Friedmann 1987). Some phenomena and experiences related to self-generated urban practices are, in fact, potentially able to reconfigure a theoretical framework for analysis, planning and design, starting from their real uses in cities and contemporary areas.

Paraisópolis - São Paulo is a “neighbourhood-favela" located in the southern part of Brazil's largest city (11:32 million inhabitants, according to 2011 census): one of the richest regions of the city, beside the noble neighbourhoods of Morumbi and Royal Park.

The Paraisópolis neighbourhood originated from an allotment for the construction of homes for the upper class constructed in 1921. The invasion of land began in the 1950’s, which was then non-inhabited and semi-rural in character, by low-income families, mostly North-eastern migrants attracted by jobs in construction, in search of a better quality of life and an increase in income.

At the beginning of the XXI century Paraisópolis was already the second largest favela in São Paulo and began to receive public funding. In 2005, an urbanization process began as well as the regularization of buildings constructed there illegally.

According to the 2010 census, 42,826 inhabitants live in the area with a population density of one thousand inhabitants per hectare. Of this population only 25% live in homes that are hooked up to the sewage system, half the streets are unpaved and 60% use illegal means of obtaining electricity.

The office urbz Brazil has since 2012 worked actively within this neighbourhood, always with the collaboration of local residents, like Turner, in hopes of transforming current students of architecture into architects with a new perspective on the profession.

Workshops promoted among local residents of the "home town" Paraisópolis and architecture students from various universities, continue to be activities promoted within this area, always with the help of urbz Group. One exercise, forces the student to think about other spaces within the city through an alternative perspective, places that 10 years ago, a student, architect or other professional in São Paulo.

The exchange between professional experts and experts of the neighbourhood that is to be interfered with should be established with greater assertiveness in interventions. The social interaction that occurs between these two groups is also very important for the development of new generations.

When the student of a university steps out of the world of drawing boards and seeks knowledge and improvement on a site often unknown, they often end up finding problems and solutions that they would have never imagined. This is the role of the modern architect. Increasingly multidisciplinary and concerned with social issues.

Local residents should be treated with intelligence and on equal footing. Different from the way of thinking in the 60s, at the beginning of occupations when areas were poorly designed and made by people with no technical knowledge, today the approach is different and encourages local residents to participate in the process. Collaborative architecture, participatory urbanism, call it what you want.

Opportunity study for a major cultural center in the new central business district of Geneva. Sorry it is in French. It has nice illustrations though! :)