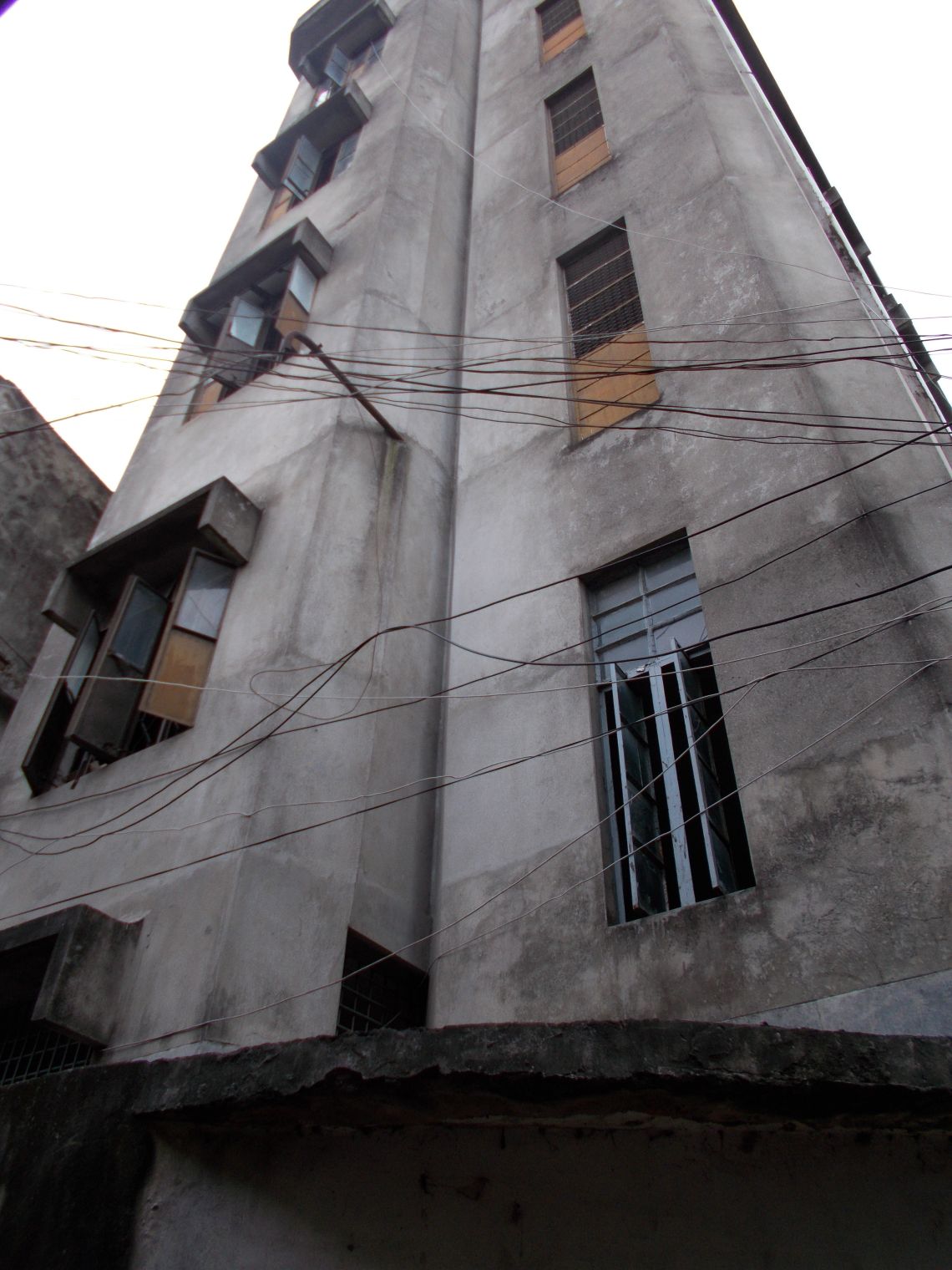 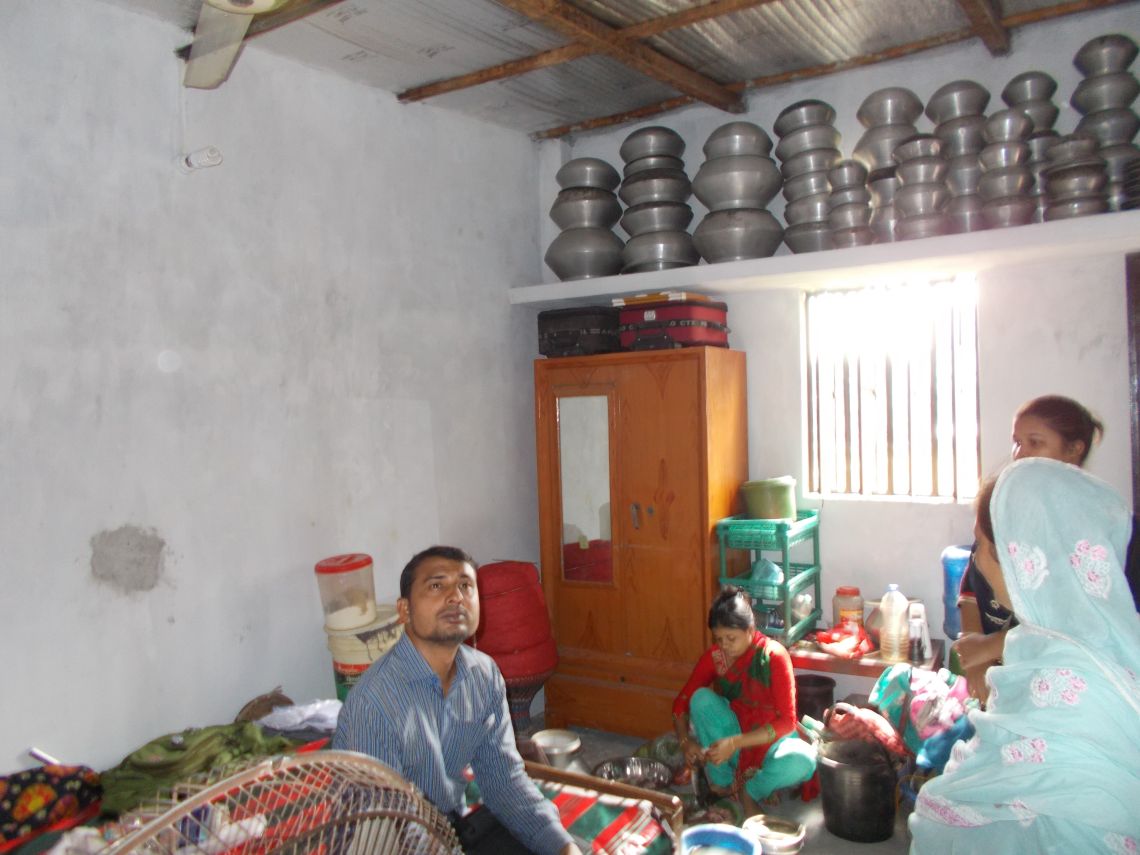 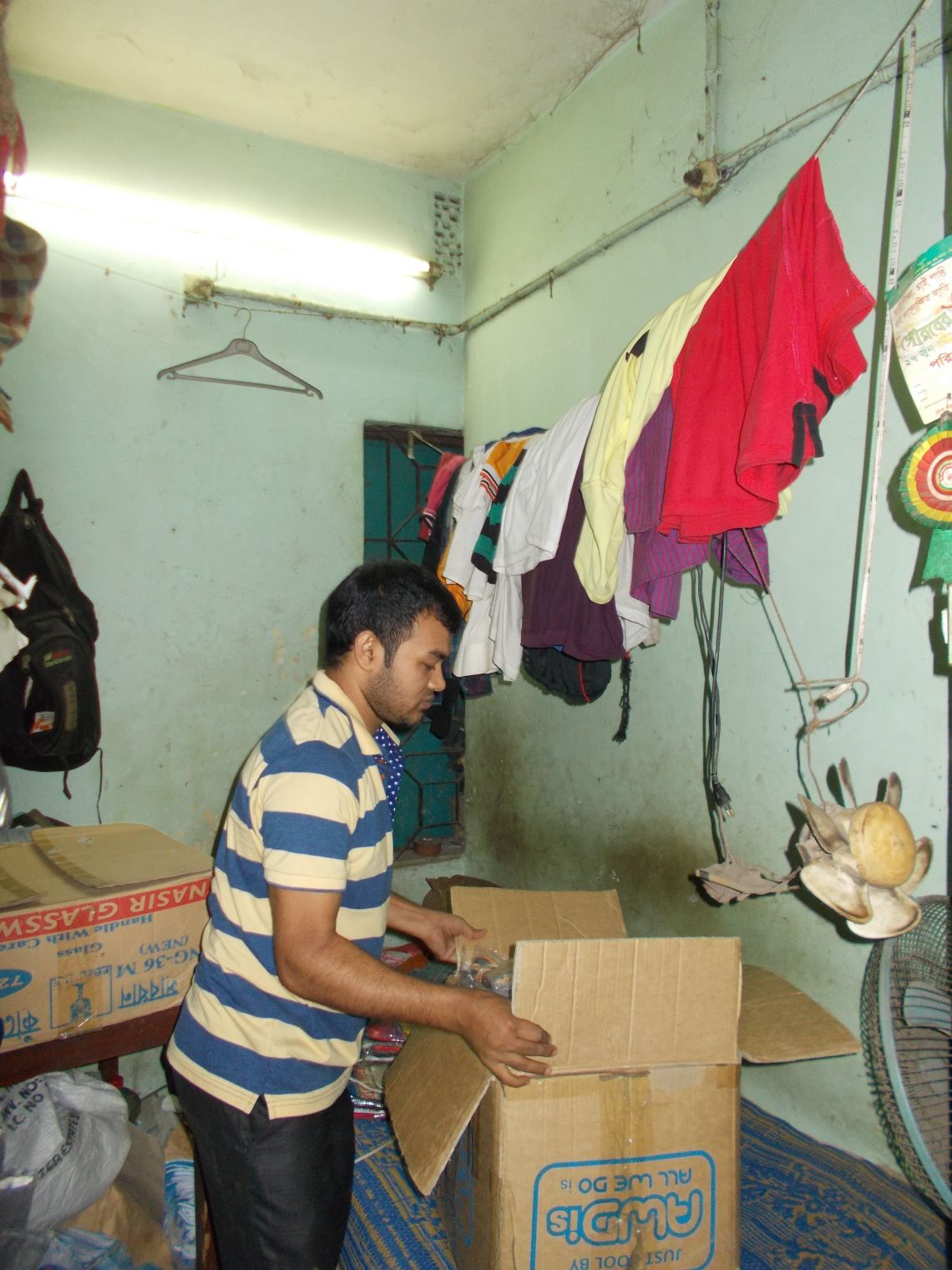 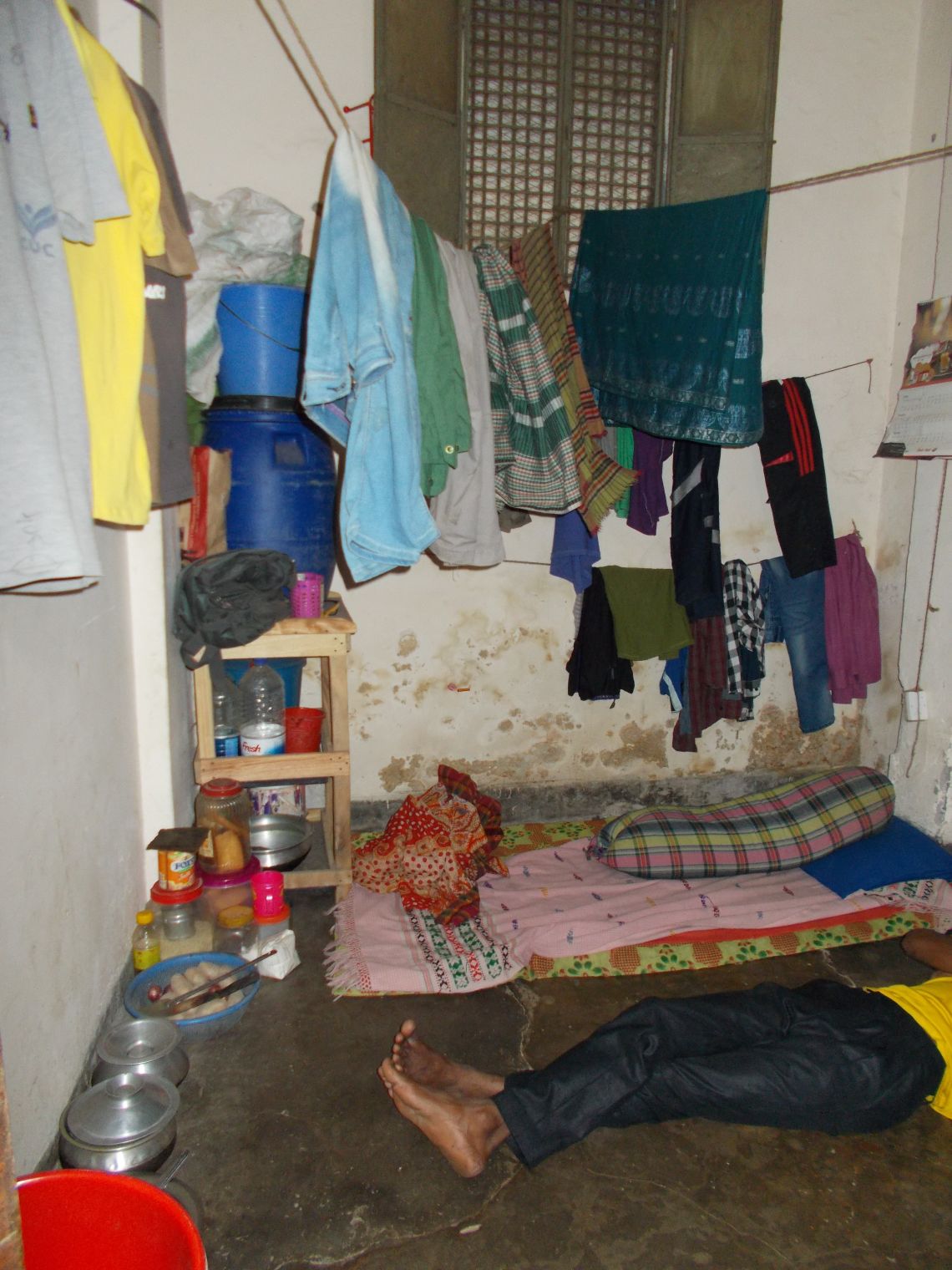 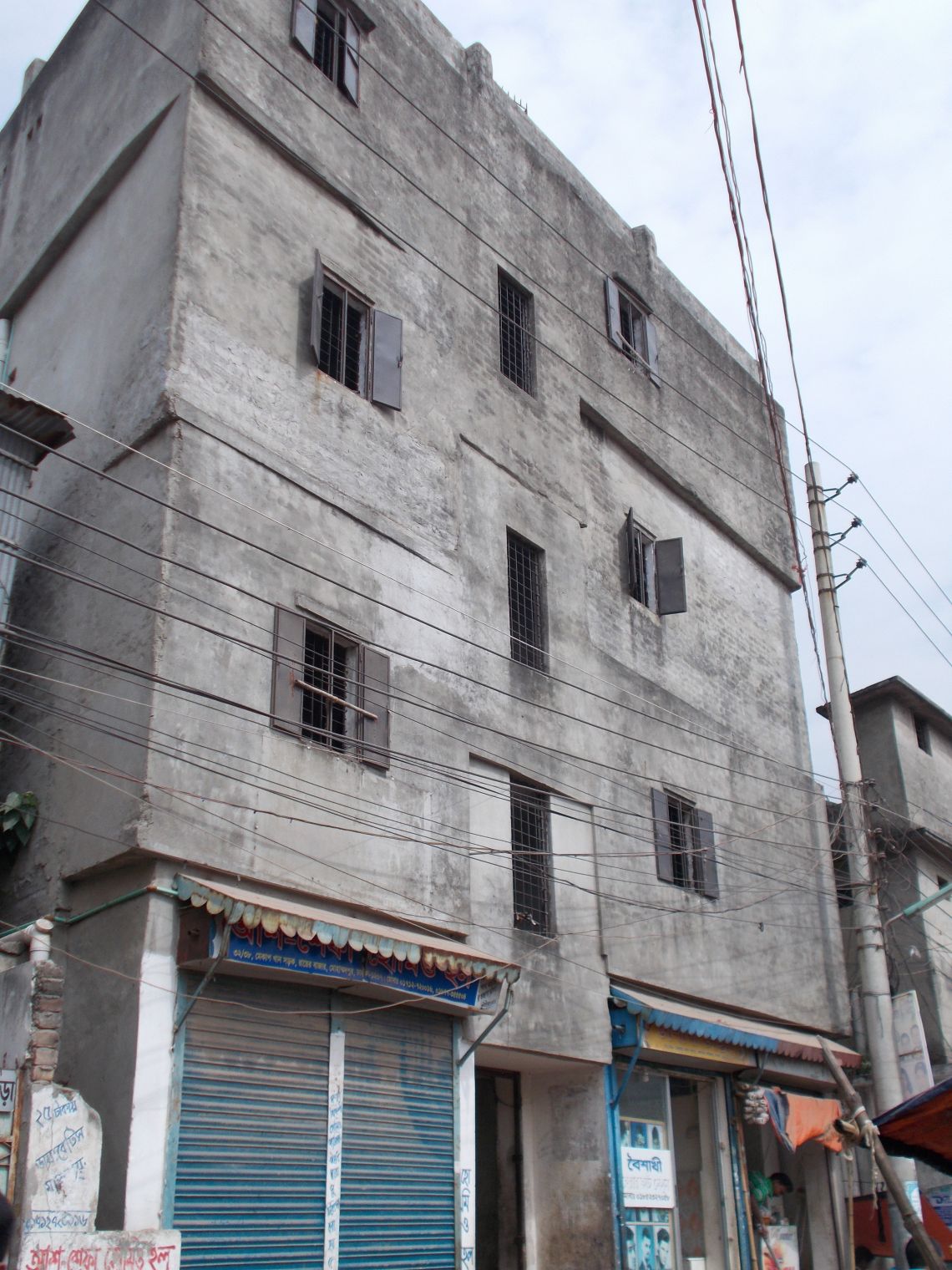 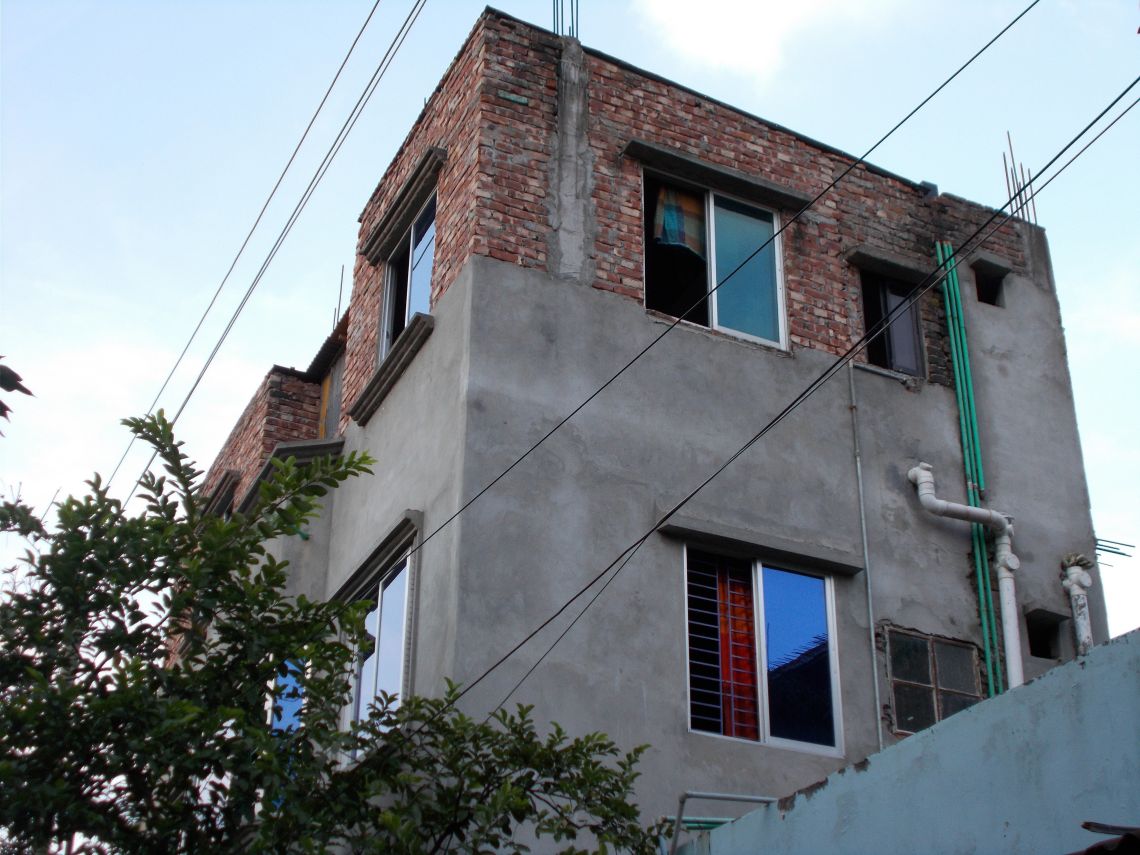 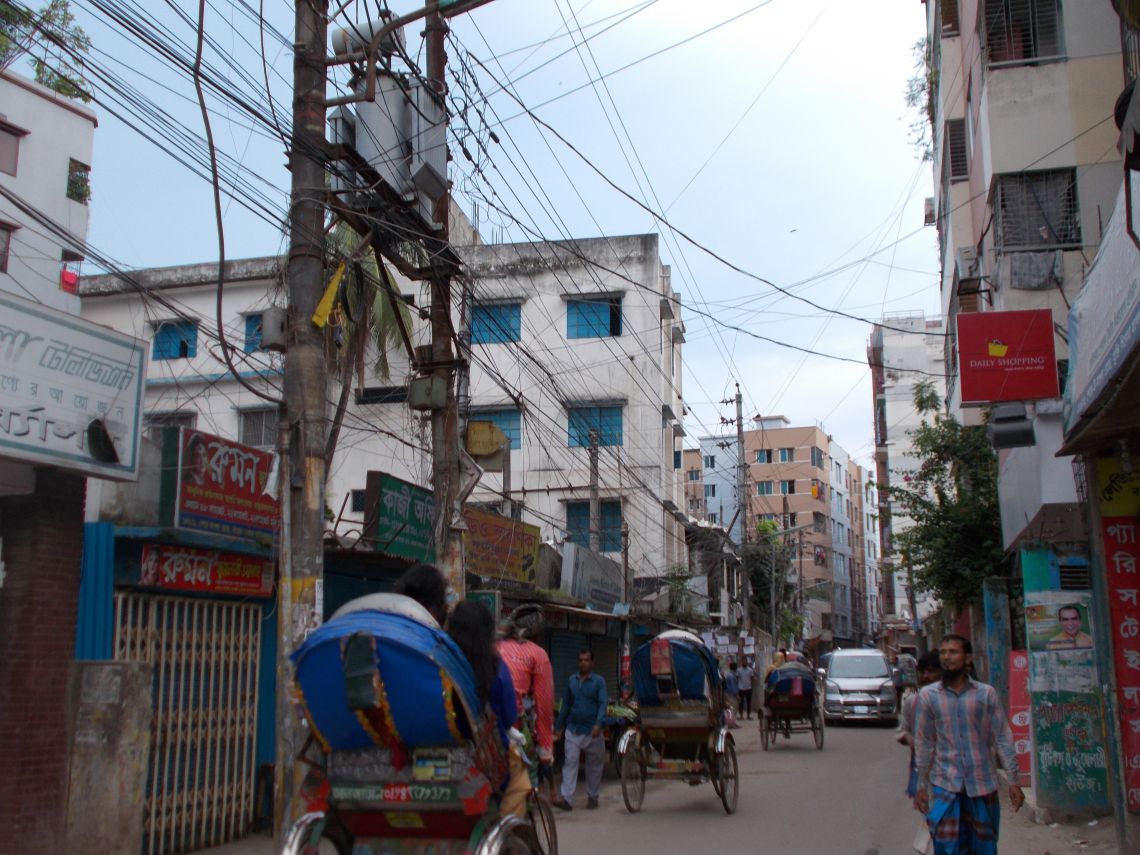 Researching a new city in the Global South and understanding some of its complex urban processes can be both exhilarating and exhausting. My ongoing PhD research at the University of Cambridge hopes to explore cities through the lens of work and habitat. As a result, it aims to formulate a comparative academic framework based on low-income housing and everyday movements and experiences of workers in Dhaka and Mumbai. This research also entails collaborative partnerships with urbz Mumbai on the ground and have also greatly benefitted from the support of BRAC Institute of Governance and Development in Dhaka.

The city of Dhaka has emerged as a fastest-growing megacity in recent times with a population of nearly 15 million (Rahman 2016:4). The proliferation of urban settlement in Dhaka was largely unplanned running on fault lines like scarcity of buildable land for development and lowlands around the city. Despite some of these crippling challenges, Dhaka’s phenomenal growth of industries especially readymade garment factories, cheap labour and export of skilled and unskilled workers to foreign countries have significantly contributed in making Dhaka an economic hub of Bangladesh (Islam and Shafi 2010; Kalam 2009, World Bank 2007). This growth had a direct impact on the demand and supply of rental housing in the city.

The article will highlight my work in progress, documenting the emerging typology of Private Mess Housing as a distinct urban form, drawing from the ethnography of low-income housing settlements in Dhaka, Bangladesh. Private Mess Housing (also known as Mess ‘Bari’ in Dhaka) appears as a distinct urban form. Spatially, there are varied range of such housing both horizontal (Ground+2 structures) and vertical (Ground+4) in nature. As the photographs show, they are pucca housing built with concrete materials. They can be found anywhere in downtown Dhaka and deeply interlinked with the landscape of the city. During my transect walk, I found these housing near the work centers, in close proximity to small and medium scale industries and around affluent residential neighborhoods’. Its spatial location gave cues about the entwined dependency of the workers, housing and their livelihood. Mess housing are so parallel and organically established, that to an outsider it would almost appear like a city within a city. Broadly, these can be further categorized into three main units – Mess Housing for Men, Mess Housing for Women and Family units. Some housing units are also mixed in nature with all the above mentioned categories. Each of these categories has distinct process of functioning, lived experiences of people and narratives around its existence. Several anecdotal evidences reveal the strong preferences and aspirations of working class and lower middle-class families opting for private mess housing rather than slums. This points out to a larger societal phenomenon where the form reflect cultural representations of the ‘formal’ city (low to mid-rise mess buildings) but internally they have the social fabric of a classic ‘slum’ (low/mid-rise with high density).

The interesting aspect about this typology was that it was specifically planned, designed and built to mostly accommodate workers. These settlements are built by the land owners themselves, or sub-contracted to local masons and daily-wage labourers. My interview with Anwar Bhai, one of the local masons in Mirpur revealed that it took him between eight months to one year to complete the mess building. Time duration might vary depending on the finance available with the land owner. Some mess houses were temporary in nature both in form and practice while others were permanent.

Usually, the residents living in these housing settlements are involved in diverse sectors – Drivers, Domestic workers, Garment workers, Small scale shop owner, Entrepreneur, students and so on. Rent differs from unit to unit. On an average, 10X6 size room could accommodate around 5 people. The rent is around 10000 BDT (£20) per person per month shared between five tenants. Semi-structured interviews with some of the residents highlighted the everyday movements and lived experiences of the residents. Mokshed Bhai, resident of a Mess Housing for Men in Rayerbazar said “I was born and brought up in Chengatia village in Barishal district of Bangladesh. I came to Dhaka for work and now employed as a driver. I have been living in mess housing for past few years. I have changed these accommodations as and when the location of my job changed. In between I even went back to my village and again came back for work. In this particular room, I have lived for two years. A friend from my village recommended this place to me. It is hard to find a good place which is closer to work, has access to water supply and charges affordable rent.” Like Mokshed, other interviewees commented on the inextricable link between their community networks and native rural places that helped them to find a place, get roommates and travel back and forth to their villages during holidays. Dhaka is almost shut during long holidays like Eid when workers retreat to their native places, giving breather to chock-a-block traffic on Dhaka’s congested streets.  I myself witnessed this during my traveling in Dhaka in the Eid holidays. It almost felt like the city is heaving a sigh of relief due to temporary outflow of people during Eid holidays. My colleagues and friends in Dhaka added that it is a common scenario every year highlighting the impact of rural-urban migration on Dhaka during important social occasions. This aspect highlights the important linkages between urban housing and mobility, a strand that needs to be investigated for further research.

Private Mess Housing is one of the classic examples of emerging forms of urbanisms in the cities of the Global South. Their spatial natures of verticality have earned them some sort of legality amongst varied stakeholders. Does that mean these structures are legally tenable? Yes and No depending on whom you ask. Of course to the residents, land owners, caretakers, local municipal authorities these are legal housing settlements. Residents are paying taxes to the municipal authorities and in return receiving water, electricity and other basic services. However, these are illegal in nature to the Capital Development Authority, public agency responsible for coordinating urban development in Dhaka (also known as RAJUK). A majority of the mess houses have not been approved by the RAJUK, lacks a formal plan and built outside the purview of the building codes. Discussions with police officials in Wari echoed similar voices. They narrated several cases of arrested criminals from ‘these’ housing typologies in the recent past.

The case of Mess Housing brings out series of intriguing and intricate processes in urban housing and governance. One of the key aspects is to understand that increasingly more and more people reside in more than one place or move back and forth to urban centers on a temporary basis. Therefore, the Dhaka scenario is significant to understand the debates around temporal dimension in housing and is relevant to other cities in the Global South. This article also argues the need to acknowledge these emerging typologies/‘forms’ that go beyond the traditional urban scholarships on slums and high rise, formal and informal, legal and illegal and look at the arrangements of habitats based on contemporary urban processes. In fact these typologies are not a mere response of the speculative urban capital but are layered deeply with historical understanding of production of space. Dhaka’s bustling urban habitat built around the work pattern of migrant workers gives definitive cues to such emerging typologies.