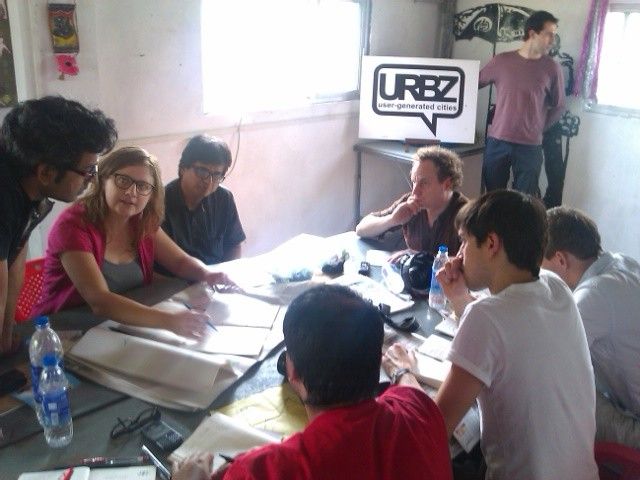 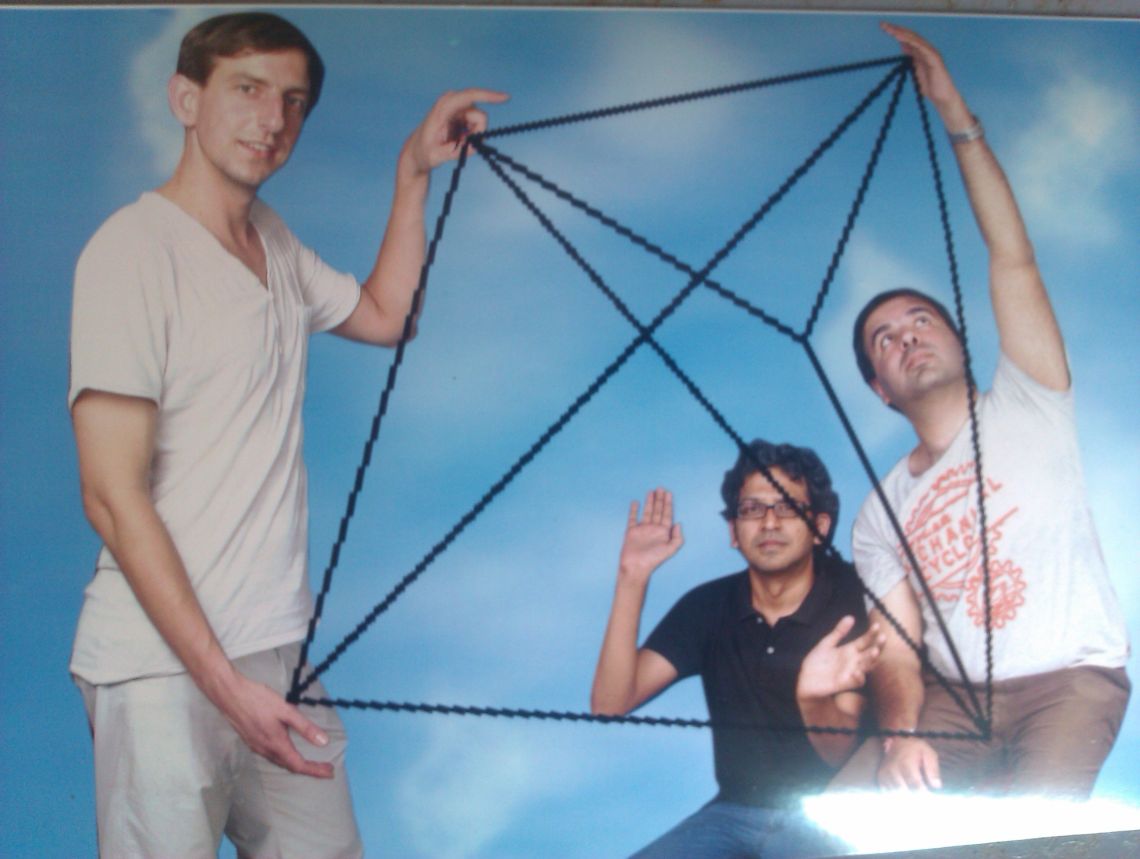 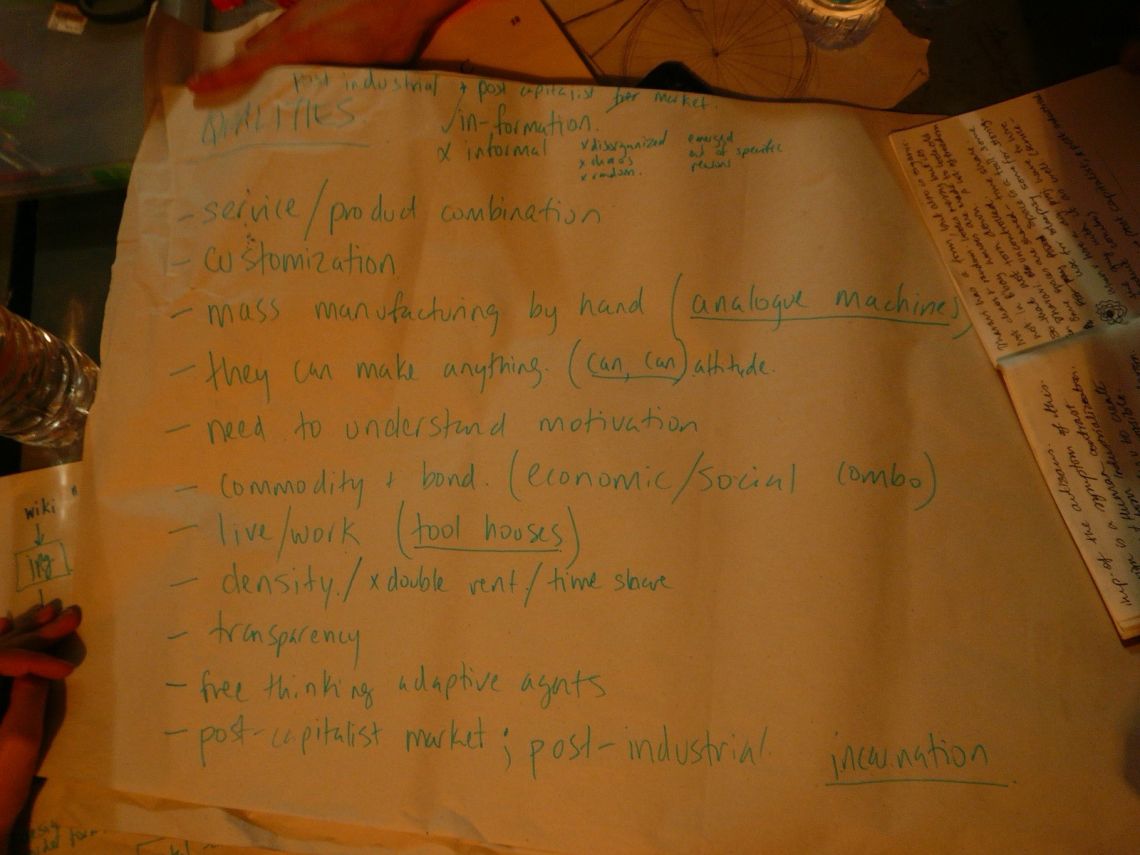 What happens when a bunch of committed avant-garde designers from Europe decide to spend two weeks in Dharavi, Mumbai, exploring the city’s streets that are dedicated to the production of goods and objects? These production processes use a combination of manual labour, dated industrial technologies and cutting edge digital systems. The providers of goods and services operate from compressed spaces – tool-houses mostly – to cut costs, and use skills that are ancient and modern, thanks to their artisanal histories, reinvented in a difficult, competitive and modern context.

There is a moment of frisson experienced by both parties, the visiting designers and the local service providers. When the metal worker or the digital photo-printer or the kite-maker tries to make sense of an abstract geometric figure that is shown to him, there is a sense of recognition, excitement, weariness and enthusiasm. The exchange is one of equals from different dimensions of the production chain, with very reasonable charges being levied and a matter-of-fact engagement with the process comprising each transaction.

The response is best when the local service providers are honestly told that the exercise with an abstract image is a meditative and reflective one, derived from some wiki-version of Indian geometry. Anything mildly patronizing and simplistic is ignored.

After all, artists have walked these streets in the past as well, and have made even more outlandish demands, in terms of size, abstraction and complexity. Theorist Saskia Sassen had pointed out during her visit to Dharavi, Mumbai that this dimension of the neighbourhood’s economy, its ability to be flexible and responsive, – features that are intrinsic to its structure, form and function at every level – could easily translate into great partnerships between designers, and others interested in the production of high-end objects.

On the designer end – the story is pretty interesting too. Ever since mass-produced cheap objects flooded the modern universe, alternatively produced goods, – artisanal, man-made, or those using high-end technology – have had an equally premium place in the world of desire and consumption. Even mass-produced objects with a modernist veneer have had sneaky connections to unorganized human labour through deception and compulsion. The rich world of design has participated in this process by facilitating a sublimation of energy by infusing the industrial object with artisanal personality.

The hundreds of commercial establishments, in the immediate vicinity of the URBZ office are part of the decentralized production system that constitutes Dharavi’s USP, now being seriously appreciated by many. Like weird fiction, this economy slides in between genres, categories and classification. To call it a sweat-shop or the informal sector is inaccurate. Such nomenclature denies the serious connections it has to a history of artisanal practice . It also denies the impact of the entrepreneurial energy that is unleashed here, thanks to the freedom and independence that its inhabitants value, in contrast to the feudal and caste inflected histories they come from. To see it as part of a linear trajectory of technological progress also does not work, since today, more than ever before, we know how technology and human investment are complex, inter related processes.

Lets see how this exercise progresses.

There is something important happening here which will lead us down interesting routes of understanding. Our hunch is that they will touch upon grand themes that dominate the worlds concerns today – financial meltdowns, economic potential, technological challenges, environmental concerns, but the answers are to be discovered in the smallest of by-lanes and streets, literally and rhetorically.