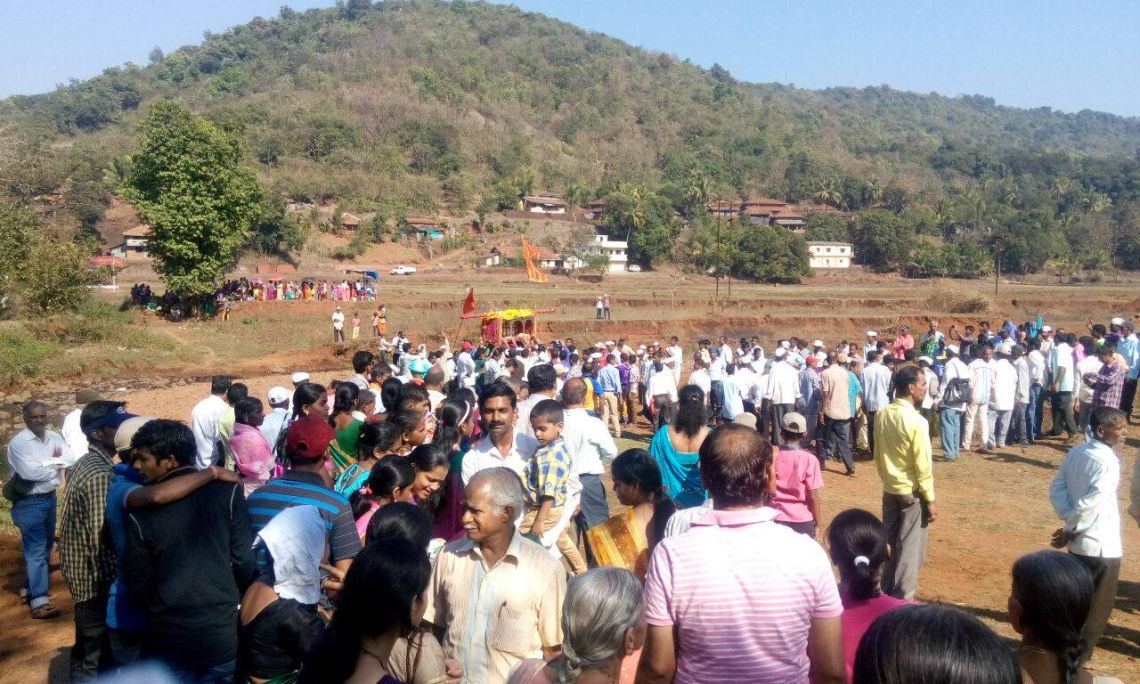 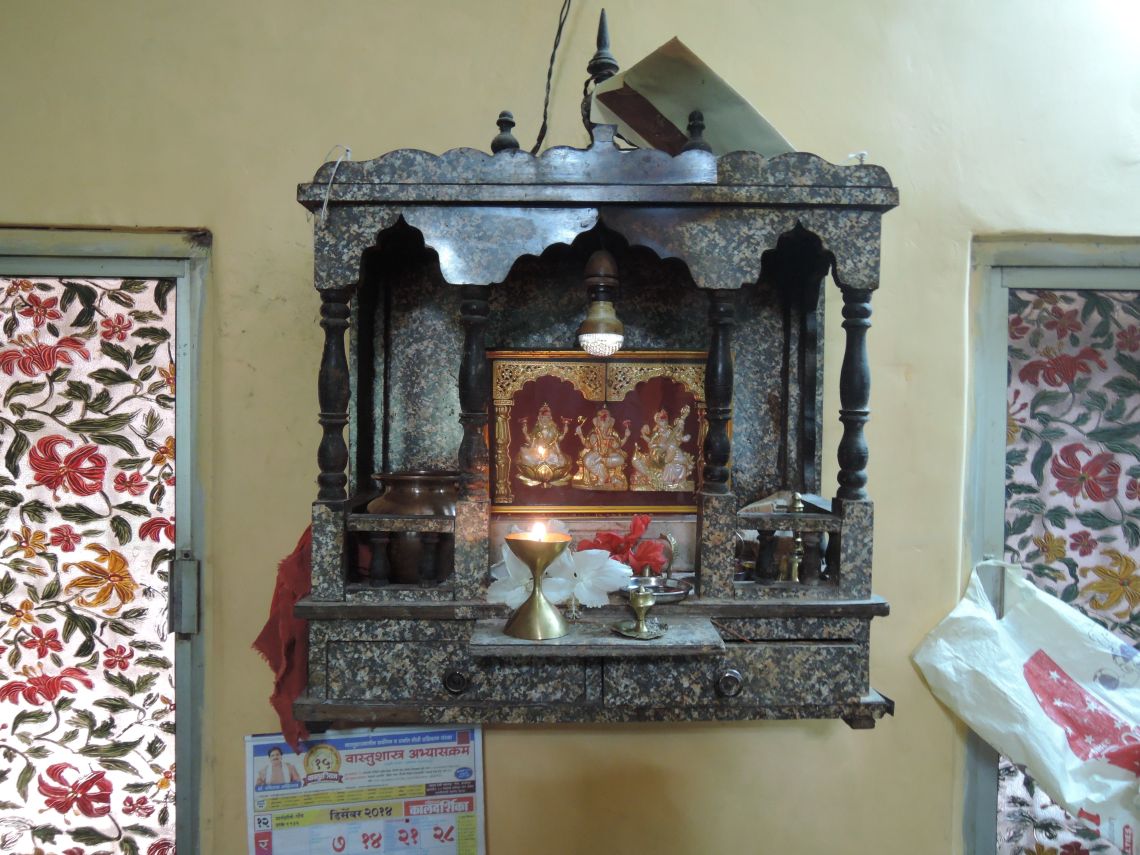 Evolving mobility and migratory practices enable people to carry ideas constantly. In this way, they reimagine old binaries like tradition vs. modernity – the same way they redefine notions of linearity in urbanisation. The urbaneness that is created by mobility therefore is not located in fixed places but in the act of traveling itself. This can also be seen in the way many of the respondents in our study have fluid notions of culture and ritual, in a manner that transgresses geographical limitations. There is a shared mindspace across places that compels them to move during these times.

The Takle family is from Somgiri village, Ratnagiri District, living mainly in Mumbai. They showed us images of a huge function held annually in their village, around the carnivalesque festival of Holi. Though technically a Hindu festival marking the end of winter, Holi is celebrated by people of all communities . In this function, Ankit and Akshay Takle, who go to college in Mumbai, said that over 1000 people come from Mumbai and other places for an 8-day celebration. The festival in this case is more like an eight-day carnival than a religious function. Going to the village for festival time is a common practice.

It may always be the case that there are some needs that the village will fulfill better than the city, no matter when a family migrated. Another example of this is the Takles’ relationship with farming. After Mr. Takle got married, he left the profession, but he says that it would be possible to take it up again if they wanted or needed to. “It’s not that since we have come to Mumbai we can’t do farming. We can still do it the way we did earlier.”

At the same time, changes in the direction of “modernisation” are visible, selectively, when we look at some of the houses in Ratnagiri. “It’s not that such old houses remain the same forever,” Mr. Takle said, “For instance, the houses with tiled roofing are being replaced by an RCC structure.”

In 1997, Ashok Jadhav, an elderly man from Ukshi, in Ratnagiri district, decided to make the huge investment of building for his family the first concrete house in the village. While Mr. Jadhav was born and raised in Mumbai, he was as committed to Ukshi and his travel there as he is to his work in Mumbai. He worked both at the mills and with the transport service. Almost twenty years later, Mr. Takle, a much younger man, has decided to hire a local contractor to build his family’s house in Somgiri, even though he himself works as a contractor in Mumbai, because he specifically wanted the new house to use local material and style. While the house itself is a “modern” one, built with separate rooms for the three brothers (older houses had much more common space), the family has selectively decided what aspects of this modernity are desirable.

Religion is another aspect of culture that is relatively fluid. The Jadhav family, like many others from the region, are Buddhist, but most of them also celebrate Hindu festivals for fun – though they don’t bring idols or rituals into their houses. Sidhi Jadhav is a high school student in Mumbai whose native village is Hedvi, Ratnagiri district. Her nuclear family has a specific faith in certain Hindu gods, so they celebrate during some Hindu festivals. Sometimes they perform rituals in their house trying not to let their neighbours know so as to not offend them, and sometimes they leave town to celebrate it elsewhere, telling their neighbours and extended family that they are just going on a holiday. Sidhi’s mother believes strongly in the Hindu god Ganapati, because, as Sidhi says, she was able to bear a child only upon prayer to him, after many prayers to many other gods. She named that child, Sidhi, after the Ganapati temple near their home in Mumbai. Sidhi herself says that she prefers to follow the teachings of Christ which she has been familiarised with at her convent school, but she also keeps a fast during Ramzan when her Muslim friends are fasting. None of these things are contradictory.

The interesting thing about the respondents is that they share a consciousness that is far older than them. It is impossible to pinpoint exactly when ideas were exchanged and changed because it is impossible to pinpoint when the family’s migration happened. It happens in phases and it happened before their time and is continuously happening. They asked us if we also felt the same way, the need and desire to live the way our parents did.

In some sense “tradition” here is the instinct of looking back at something that is not backward or regressive, but something that constantly informs the past and the present. When they answer the question, “Where are you from?” they give a different answer based on the context, but the answer is always important, as important as each of their individual identities. 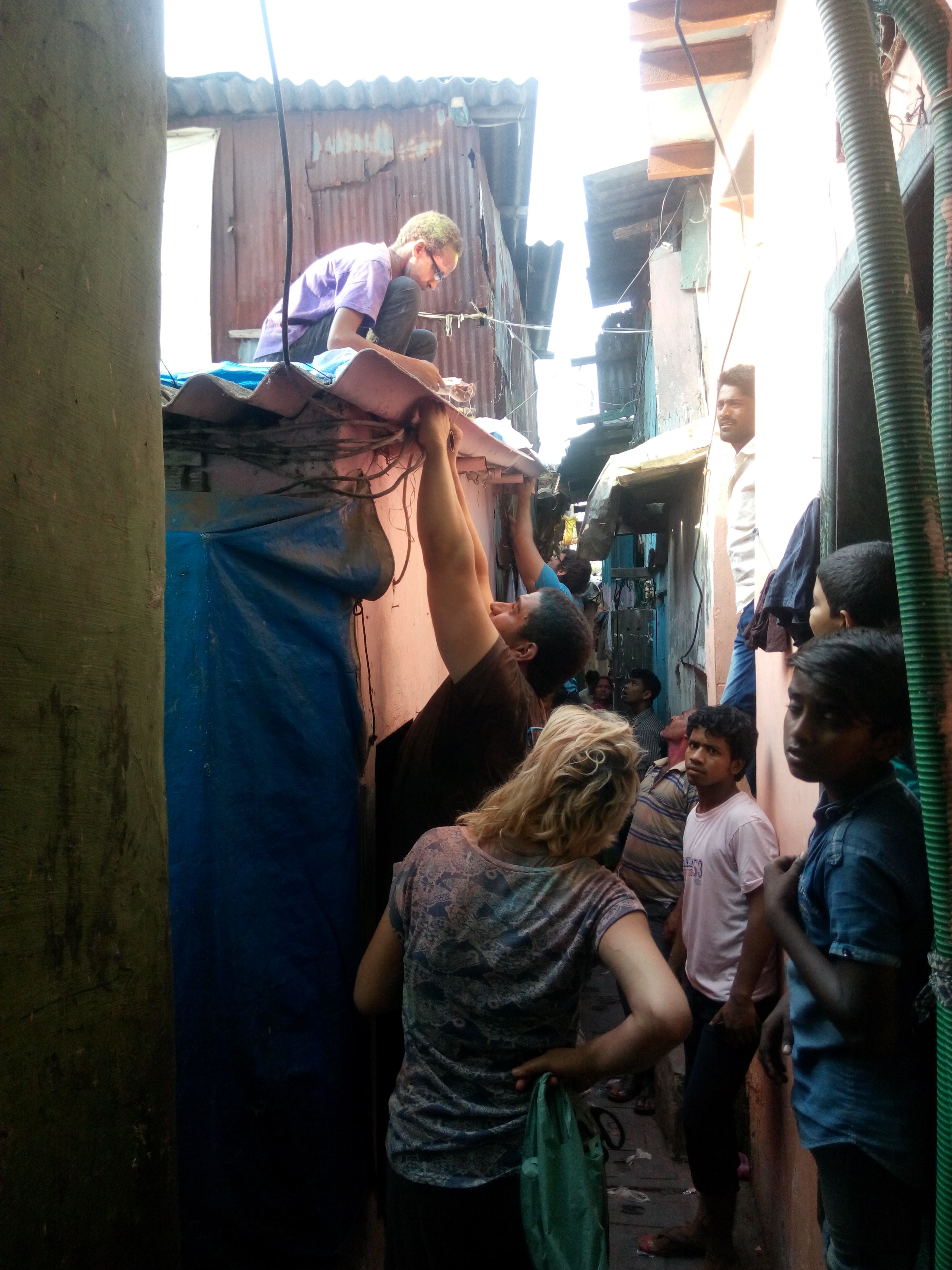 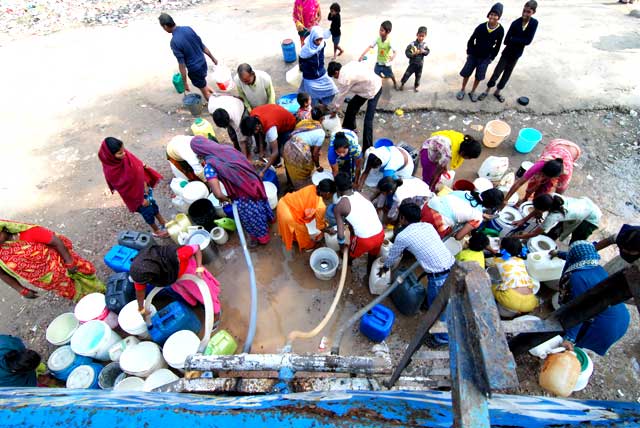