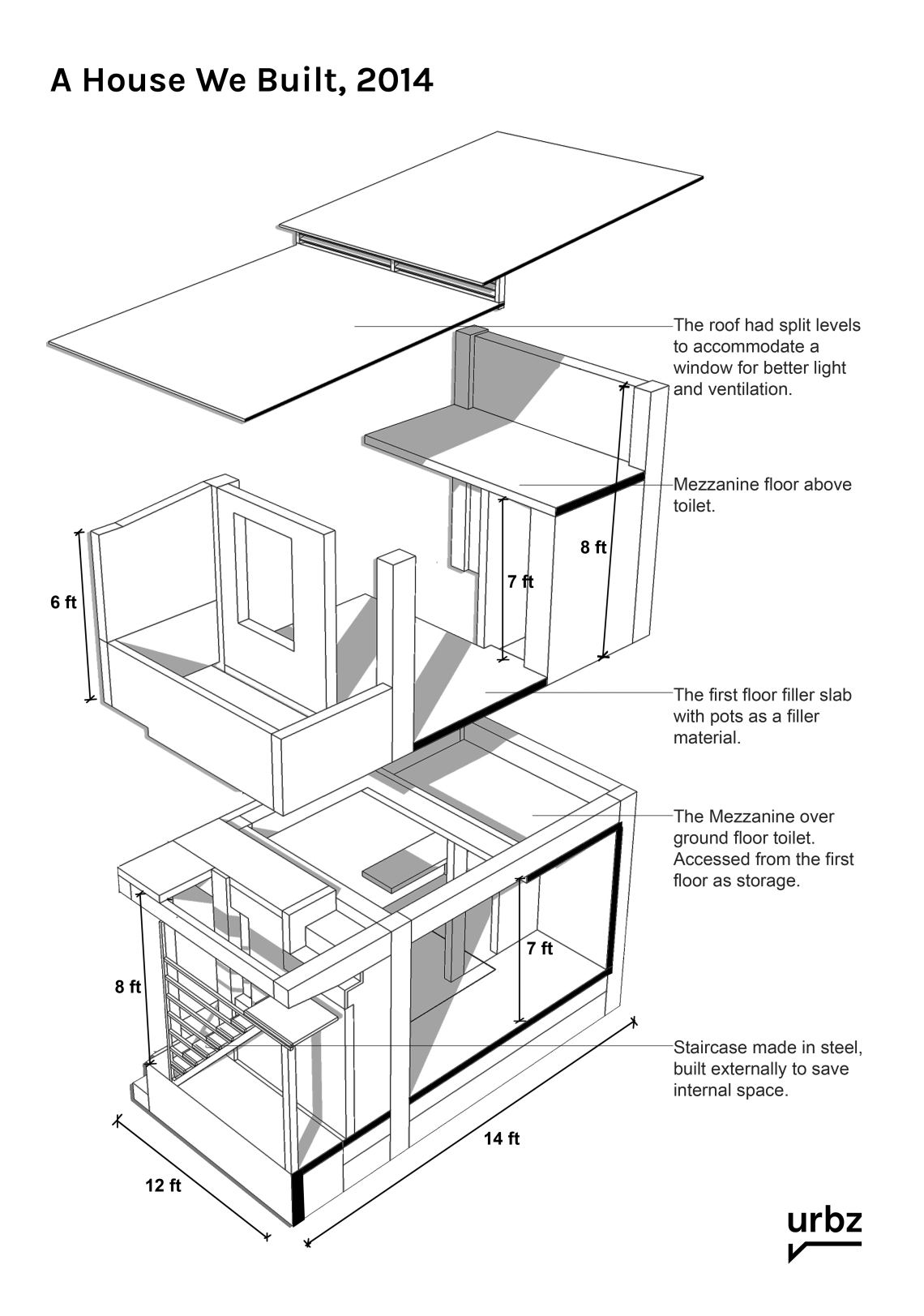 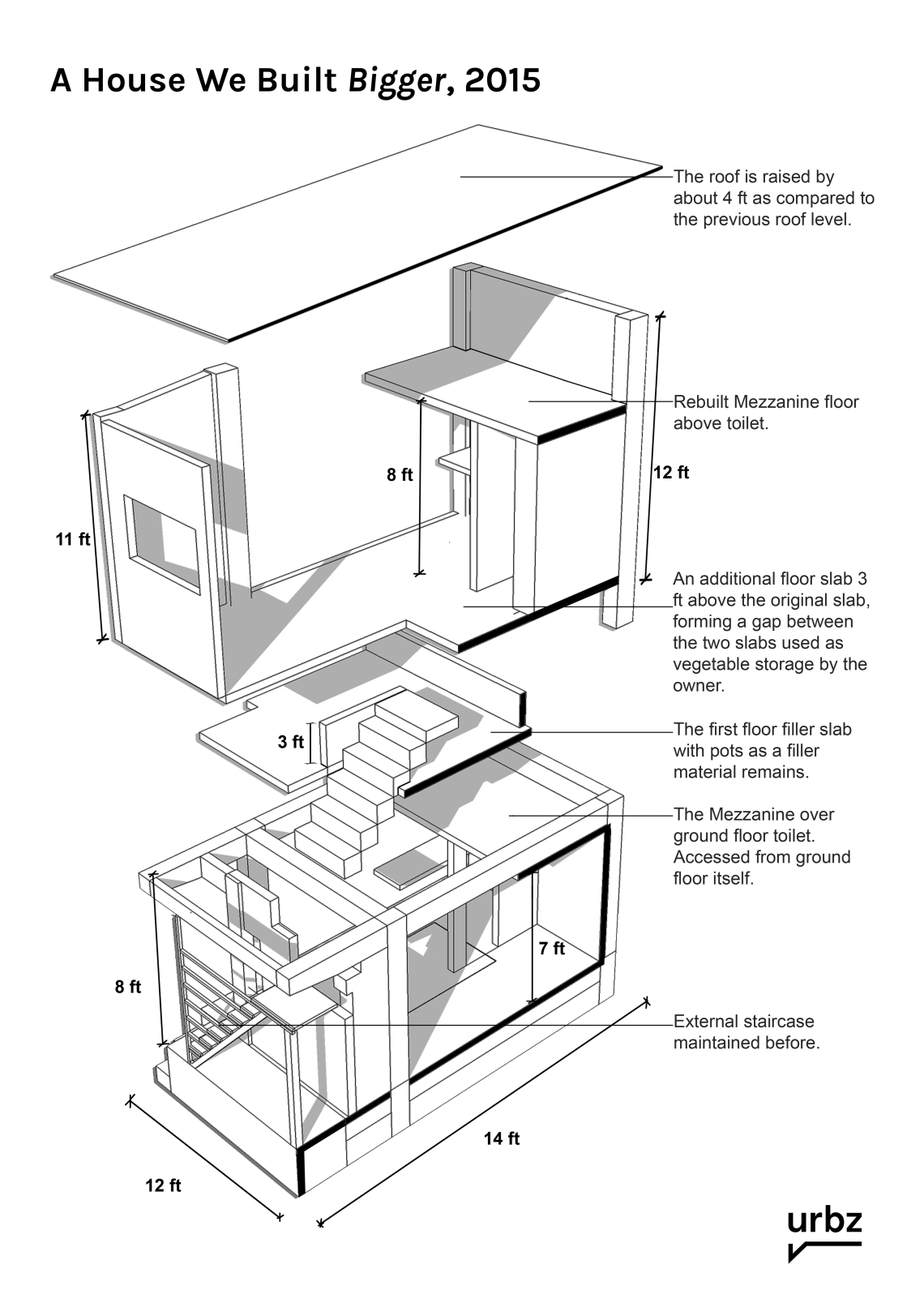 In our earlier post about the “homegrown” nature of Shivajinagar, Mumbai, we talked about local urbanisation processes in neighbourhoods which have little attention from authorities and no official framework through which to do neighbourhood-level planning. These neighbourhoods nonetheless have seen resourcefulness and rapid growth in population and housing.

URBZ is actively engaged with some of the design and construction happening in Shivajinagar. In 2014, we designed our first house in the neighbourhood, with the help of the local contractor, Pankaj Gupta, based on economical uses of materials and space. It was jointly owned between the contractor and URBZ, and now temporarily houses a family while the contractor builds their permanent house.

A new client, Anil Gupta, has just bought this house. He wanted a G+1 house for his joint family, which includes him, his brother, their families and their father. Anil is a vegetable vendor on a main street of Shivajinagar. He currently lives several streets away, near Deonar dumping ground, which is the largest dumping ground in India – a location which is both unsafe and inconvenient. Anil has to carry his vegetables to the main street every day.

Anil and his brother pooled their savings together and also took a loan to purchase the house, which costs 19 lakhs, and they are paying for it in installments. The move to the new house is a big step for his family and they are all looking forward to raising their children in it.

He and his family will move into the house once the current residents are able to move into their permanent house. The contractor arranges these families in a circulatory manner, making optimum use of residential space in the neighbourhood.

In tandem with the flexible nature of Shivajinagar, the last few weeks have been spent vertically expanding the house, a year after the ground floor was built, following an authorised revision of the legal height limit. This second storey was designed without blueprints or sketches or outside architects, but directly by Pankaj himself as he instructed the builders, using a more or less standard layout that he knows is popular and practical in Shivajinagar.

Planning houses in homegrown neighbourhoods is impossible without the help of people like Pankaj. Though he is known by the people of Shivajinagar as a contractor, this job inherently involves also being an administrator, businessman, researcher, designer, architect. His work includes design both because of his political clout as a contractor as well as his technical knowledge and experience.

The work on affordable housing that URBZ does with other experienced professionals in Shivajinagar, requires everything from handling documentation to having an instinctive understanding of the local economy, culture and trends. Pankaj is not simply a businessman whose trade happens to be in materials and real estate – technical knowledge is a part of his work. As someone who lived in Shivajinagar himself, and spends most of his days there now, constantly interacting with people there, Pankaj’s “research” is inseparable from his daily life, part of what makes this user-generated growth.

This house is an example of the incremental growth happening all the time in Shivajinagar, where structures change to adapt to new habits. During the construction of the top storey of the house, the ceiling of the ground floor had to be demolished and then rebuilt three feet higher to make it more spacious. The day it was to be done, Anil and Pankaj decided that a better idea would be to leave the current ceiling as it was and build the floor of the top story above it, creating a three foot gap between the two storeys to make a mini-floor that Anil will use to store his vegetables.

This choice of keeping the unintended space in between two floors is typical of the adaptability of urban incremental growth. “It saved us a lot of time,” Pankaj said. It will also presumably save Anil space inside the house, where he would otherwise have had to keep the vegetables. The films make evident the potential, skills and resources inherent in such places, which need very little, except for appropriate state support, to transform their living standards.

Harvard landscape architect Pierre Belanger said in the documentary Mumbai: Maximum City Under Pressure that, “A city of 18 million people is composed of 18 million architects.” In cities like Mumbai, which has an inextricable migratory relationship with many other regions of India, it is not possible for all housing to be entirely centrally planned or under full supervision from authorities. “Slums” are important in high-density cities because they provide an entry point into the city for migrants of all income groups, and for this reason, they are an integral part of Mumbai, whose population growth rate touches half a million per year.

Incremental growth is a primary resistance to this idea of central housing planning, and evidence that central planning is not a practical way to approach housing in Mumbai. Changing needs bring about changing growth patterns. By not centering their area around public and private space (bedrooms and living rooms) and turning the whole house into a semi-public, mixed use space, houses in Shivajinagar deal with ideas of “overpopulation” and “high density” in creative ways, while adapting to the various functions that their residents require these rooms for. When we asked Anil’s children where they would study in their new house, they danced around it and said, “Anywhere!”

As we described in our earlier article about local housing, it is important, politically, economically and socially, for these “homegrown” initiatives to not be ignored by planners but rather used and optimised. Residents of neighbourhoods like Shivajiagar, and the processes they use to build their houses, are not formalised largely because the area is demarcated as a “slum”. This invites biases of a political more than legal nature.

There are, therefore, cultural and political relationships to be addressed in order to also optimise housing in Mumbai, and make it the product both of government and local power, effort, and knowledge. But for now, it is valuable to see the growth of Shivajinagar as a one-house-at-a-time process – and to know that Anil’s wife and sister-in-law are happy and eager to start using their new kitchen, and their children are excited to have a new place to study hard.

These two videos are currently shown at the Chicago Architecture Biennial. 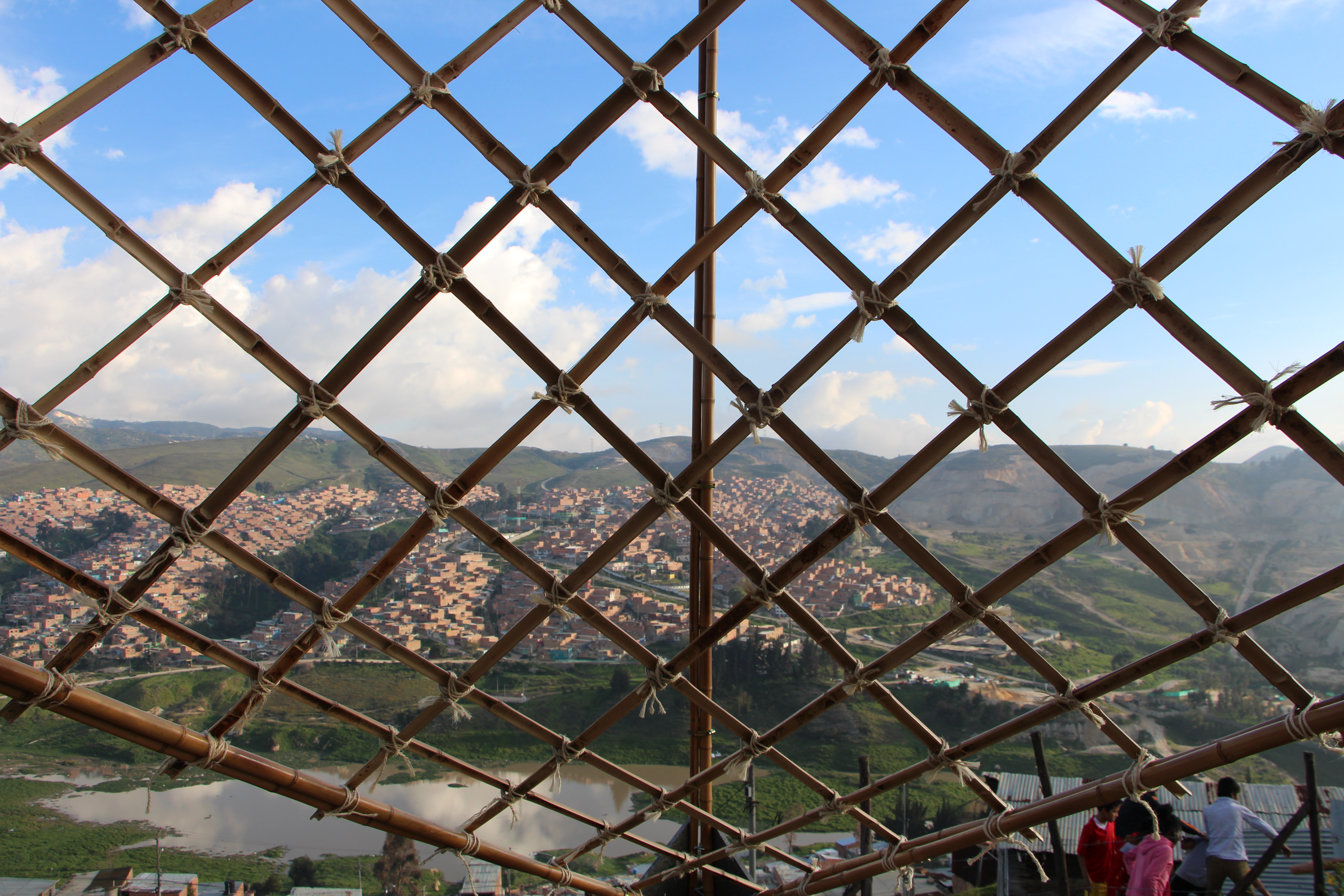 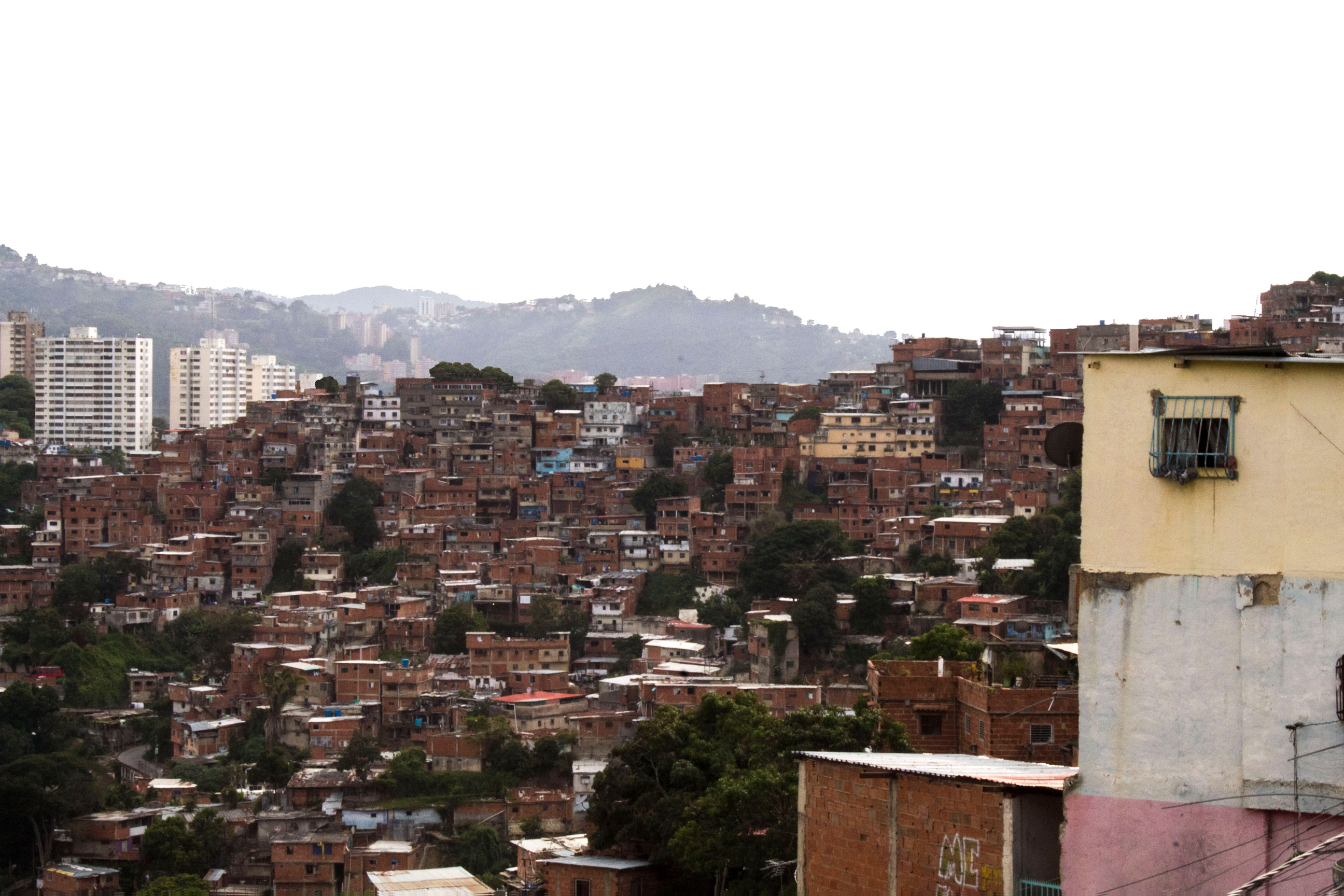