“Here we had a huge doctor’s office, it was beautiful and this government came along and ordered its demolishing and then did nothing.”- Norys Corozco, neighbor of San Blas

“Right there [pointing across the street to the matapalo court], there was a huge building, it was 40 mts long, with a gable roof.  The LOPNA (Organic Law for the protection of children and teens, governmental office that handles cases against the rights of children and teens) offices operated there, they even had hospitalizations, and doctors keeping schedule.”- Cheo, San Blas founding neighbor.

Every person interviewed, spoke with the pain of loss for the demolished doctor’s office. It had symbolised a milestone in the development of their community, alongside the “Colegio Simón Bolívar”. The government claimed they were taking it down to remodel it, but the rubble that once was San Blas’ pride was a reminder of the past administration’s work in the settlement, something the current administration was not willing to work with. Yolanda Vegas, born and raised in the San Blas community, as one of the principal community leaders of San Blas was one of the strongest voices against the demolishment of the doctor’s office. As an opposition rallier, the doctor’s office resembled years of work and struggle.

Then, these people [The Chavez administration] came along and they dared to destroy all of it.[...] They came to destroy everything the Adecos(Democratic action political party colloquial name) did with mandarin tools. Something completely unheard of.”-Cheo, San Blas founding neighbor.

They promised to replace the doctor’s office with a Centre for Integral Diagnosis (CDI), but it was never built, and soon the place turned into a dump where a “Mission Barrio Adentro” (Social program promoted by late Chavez that brought in cuban doctors to provide basic healthcare services to communities in barrios) allegedly operated. It soon became a haven and hide out for drug dealers and thieves. 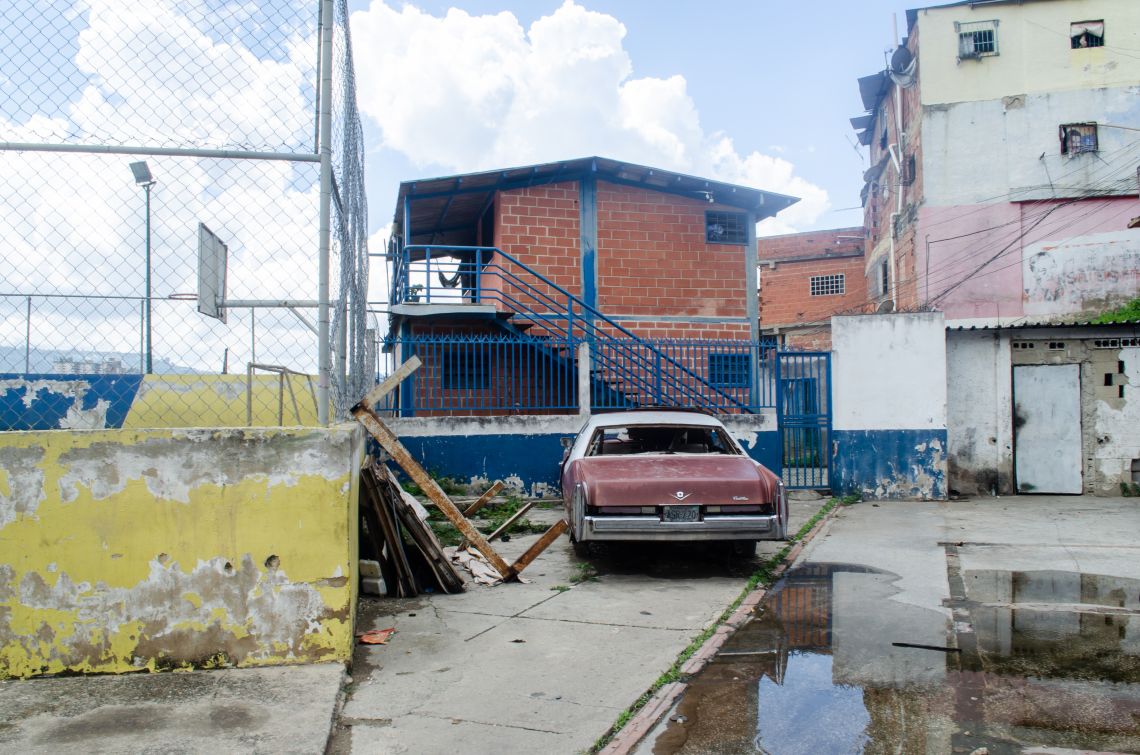 That was until it got burned down and Yolanda ordered it’s dismantling.

“People say I burnt the place down, that I sent people to go over and set it on fire. I was visiting Puerto Ordaz when it got burned down, it wasn’t me who set it on fire, but thank God it happened, we needed to get that people [thieves and drug dealers] away from our community.”-Yolanda Vegas, Neighbor of San Blas Barrio

That was the start of a 20-year-long fight for the control of San Blas by the regime.

Through paramilitary armed groups called Tupamaros, which later became Colectivos and today is the FAES, the regime sought to gain control over the community of San Blas through intimidation and aggression. Yolanda was the target of these attacks due to her strong leadership role in the community as president of the neighbor association for 25 years, her work in the Sucre City Hall (controlled by the opposition), and her open political position against the government.

“… I brought projects with the Sucre city hall, and we would schedule meetings in the school, because I’ve always been a strong leader here, have always been an opposition supporter [...] and they would sabotage our meetings, at first I was even scared by them, these huge men would barge in and push us out of the school [...] They would come from anywhere [outside of San Blas] when they knew we were working for the community. If they didn’t like what we were doing they would just show up and sabotage everything. I decided to meet in a different school and they showed up there too, but this time they cornered us with guns, that was only the start of Chavismo.”-Yolanda Vegas, Neighbor of San Blas Barrio

That was the first of many times Yolanda found herself with no option but to confront these men. Pressed up against the school gate she asked the Tupamaros, government paramilitary forces, what authority gave them the right to rule over her. She demanded to know where they were from. When they answered Pomarrosa, she explained how she had grown up in San Blas, and how it belonged to her and everyone who was gathered there in that school with her. She had the people’s support so the Tupamaros didn’t dare touch her.

Despite the fact that Yolanda had people’s support and therefore protection Tupamaros continued to sabotage Yolanda’s actions. While she developed a project to repave the streets, the Tupamaros started organizing trade unions composed of thugs, that seeked to stall any project the City Hall tried to carry through.

That was until Yolanda decided that if they were bringing over their thugs, she would bring hers. She negotiated with a group of thugs from San Blas to guarantee the protection of her team and herself. The next time the Tupamaros came to San Blas to intimidate Yolanda and her team, they were surprised by a shower of bullets. That was enough to keep the Tupamaros away from Yolanda for good. 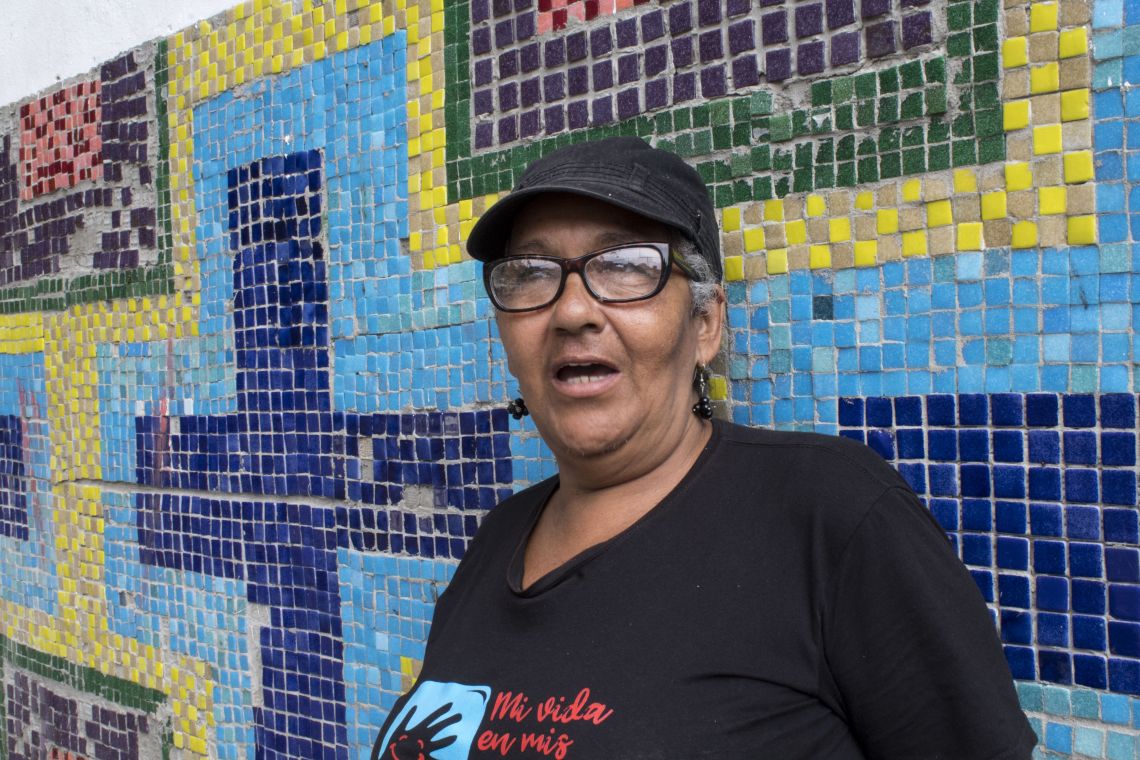 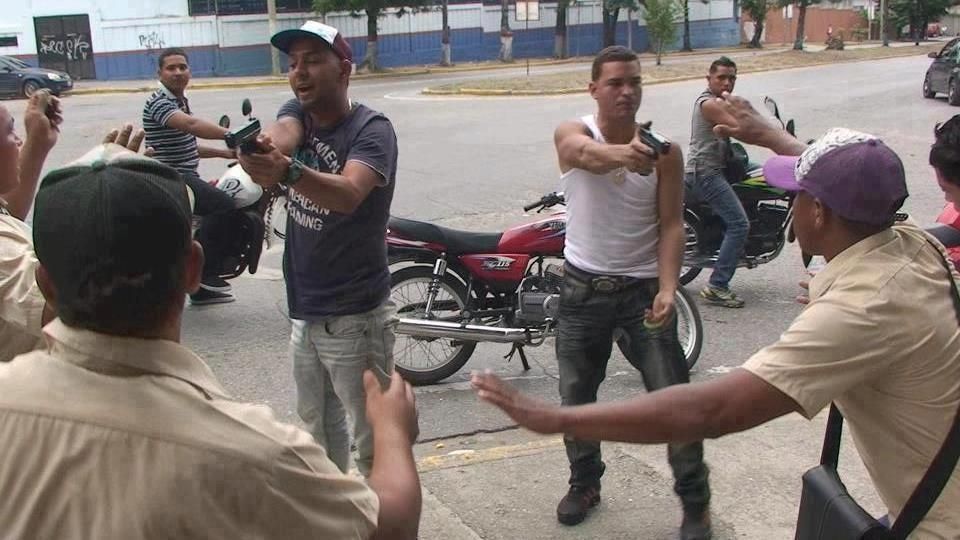 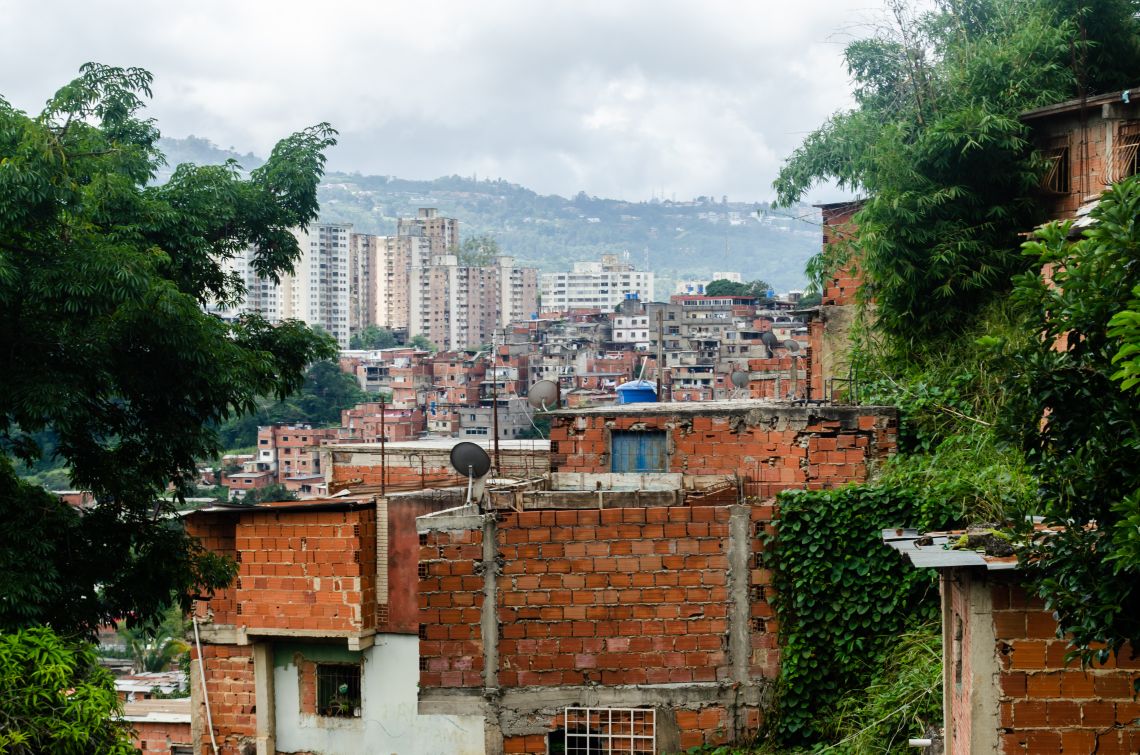 One of Yolanda’s biggest disappointments came while working for San Blas, with the loss of the 2017 “elections”, the first time in 11 years that the opposition lost the election for the Sucre City Hall, which historically supported opposition candidates.

Yolanda decided that resisting would be her new form of protest. What used to be days of work and planning for projects to be carried out by the leaders of the 12 subsectors of South Petare, became heavy days of pro-government movie screenings and socialism workshops.

“[...] they were always trying to force us into their politics, there was a constant battle over power, because we wouldn’t let them indoctrinate us, [...] nothing gets done nowadays [...] I just want this government to fall fast, I don’t want a CLAP box, I don’t want anything from them.

Even though Yolanda’s functions in the Sucre City Hall were cut to a minimum, her next goal was the Consejo Comunal.

After the dismantling of neighborhood associations and civil associations by the regime, they installed Consejos Comunales in each community.

With no benefits coming in, most pro government Consejo Comunal members have lost interest in developing projects or organizing activities for their community.

Despite their lack of interest in the development of projects or activities for their community, they are strongly against the carrying out of any opposition led initiative, any initiative sponsored by a private company as well as any initiative brought in by any Non-Governmental Organization organized by Yolanda or any community member.

Just a couple weeks before our interview, Yolanda organized a free medical assistance day with local NGO “Manos al Futuro” and “Empresas Polar.”  Even though none of the Consejo Comunal members offered to help, Yolanda organized a group of volunteers and cleaned up the square where the event was going to be held.

“The morning of the medical assistance day, [...] the Consejo Comunal people sent a truck of sardines to the square, so they would sell sardines and my event would get ruined, but neighbors hurried off to my home to to warn me. I ran off to the square, and ran them off. [...] I went as soon as they warned me, thank God they warned me.”Yolanda Vegas, Neighbor of San Blas Barrio

Yolanda has worked for her community her whole life. She initially worked for the Sucre city hall as collaborator, later as a zone coordinator for the San Blas barrio.  She currently serves as a general comptroller (highest rank in the consejo comunal scheme) of the San Blas consejo comunal, despite the chavistas rejection of her candidacy. The arrival of chavismo, certainly made her work in the community a lot harder and complicated. From intimidation, displacement and several indoctrination tries, Yolanda continues to work for San Blas from her own political stance. The national blackout that struck Venezuela in March of this year was a testimony of this. San Blas had to overcome 8 days without electricity or water. Yolanda didn’t wait long till she began to fabricate oil lamps and distribute them amongst her neighbor for what seemed like endless dark nights. The rising prices of candles and batteries alarmed Yolanda, soon she was teaching other members of the community how to make their own oil lanterns. Now most of them are prepared, they never know when a new blackout will strike.

Yolanda’s leadership is admirable, yet not uncommon. Most communities have their own Yolanda’s who look out for the well-being of all neighbors, they most overcome much complex problems nowadays and have less or none resources to do so but they continue to insist on a better future for their people.

Yolanda now works in partnership with local organizations like “Manos al Futuro”, “Alimenta la Solidaridad”, “Trazando Espacios” amongst many others to continue to bring benefits for her community in a moment of great need.

These leaders are not only well articulated amongst themselves but have a deep understanding of their territories and the hard pressing issues that most affect their communities. They’ve been practicing self-governance since the founding of their communities, and with proper technical assistance they could continue to improve not only their built environment but the delicate social web that makes up their community.

Any level of government must understand the role they play in their own development process and not only support this but continue to provide them with tools to carry out the proper planning, community organization and financing of their projects. A difference from the workshops carried out by the Consejo Comunal that center solely on the state as a single source of financing, the government should provide communities with financing opportunities through private bank loans, social security initiatives led by private companies or even initiatives financed by local or international NGO’s.

The government has failed in their attempt to control the development of all unplanned settlements, it is only through the decentralization of power that these communities will be able to improve their quality of life. 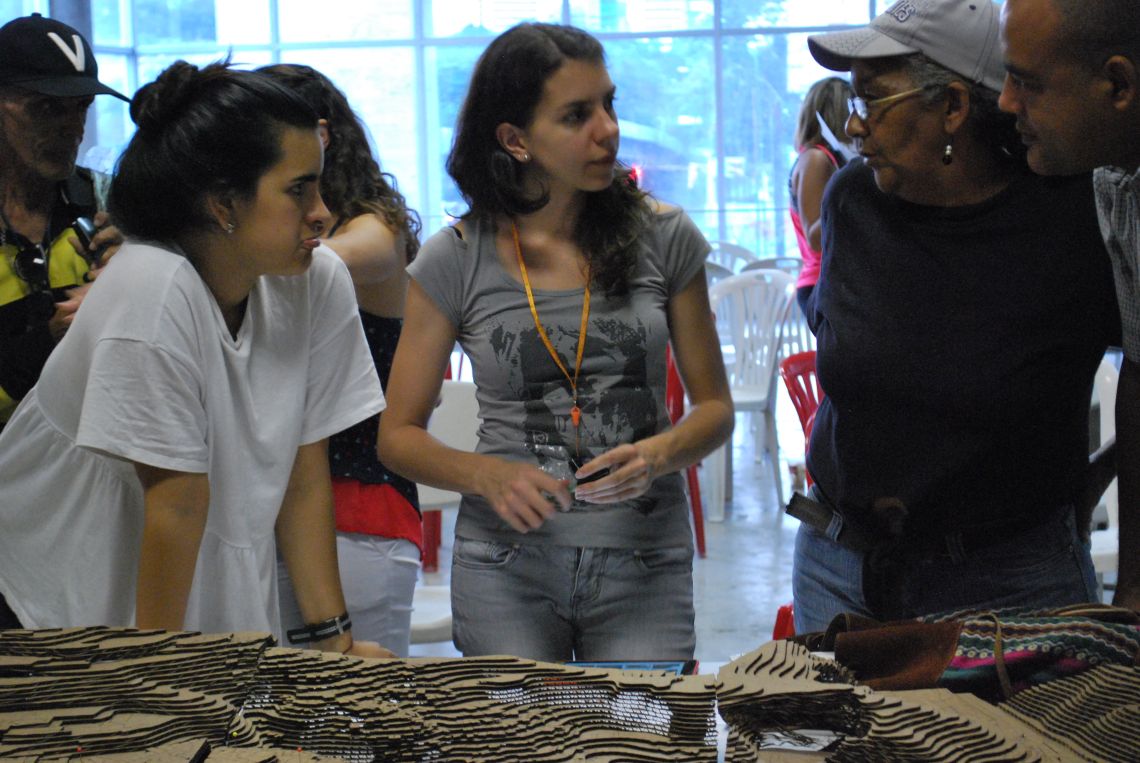 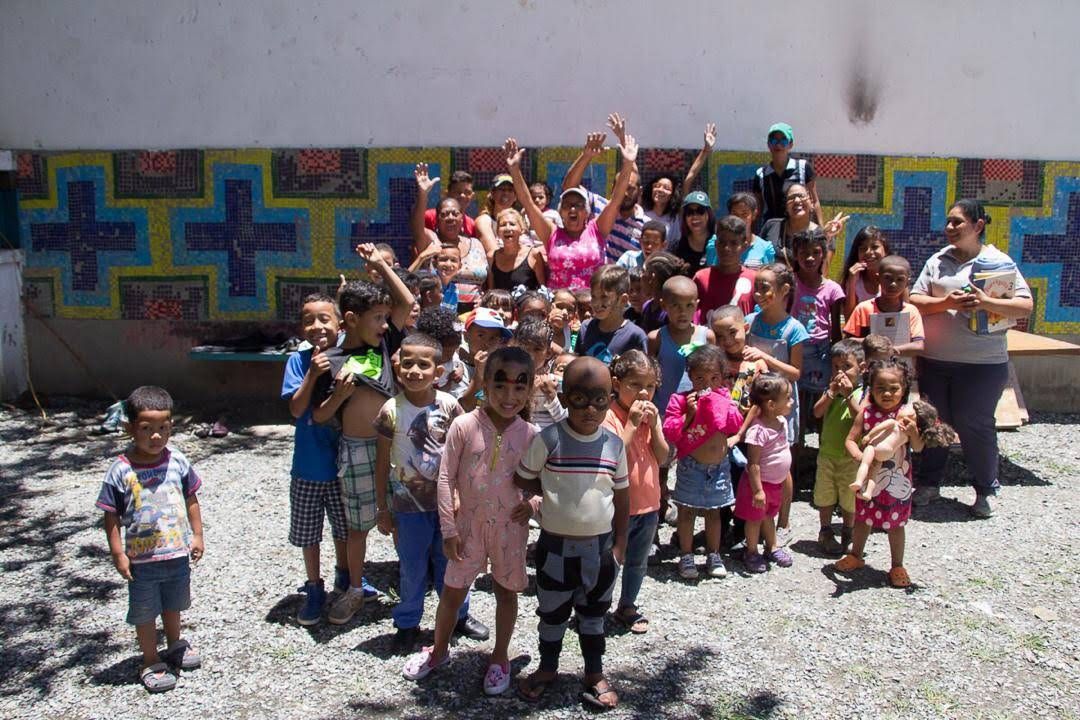 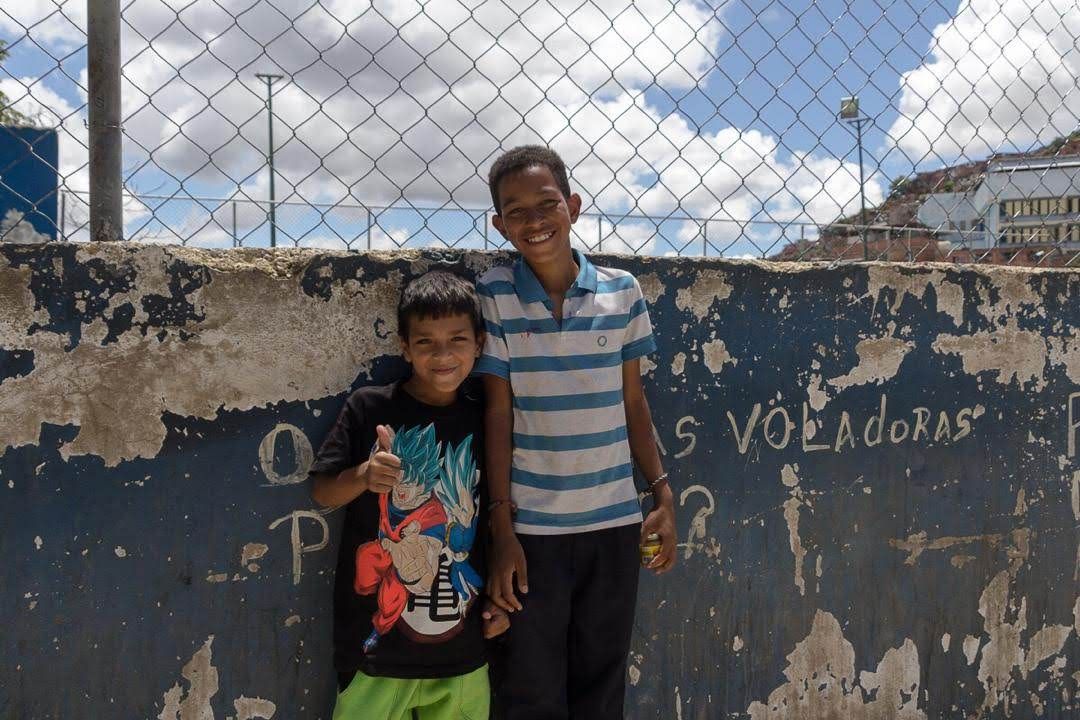 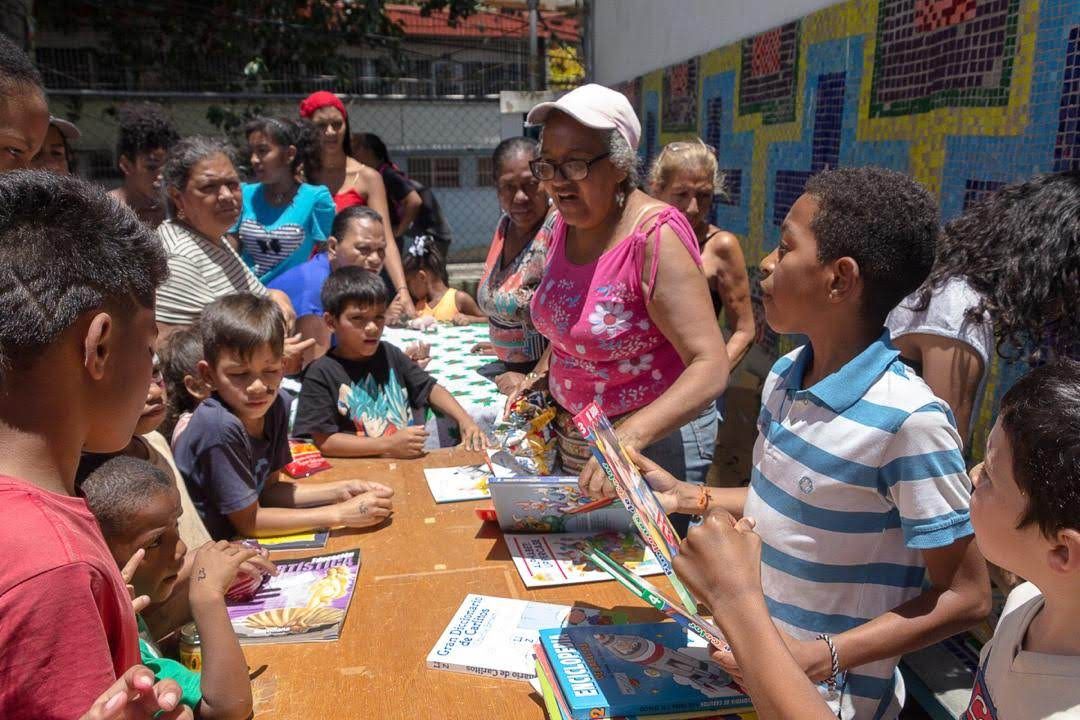