The 1970s saw the vision for Navi Mumbai – the non-identical twin city of Mumbai – slowly come alive under the able guidance of architect Charles Correa, civil engineer and urban planner Shirish Patel, Pravina Mehta and chief planner R.K Jha. Real momentum only started to pick up in the 1990s though.

During those years, standing atop a hill on the outskirts of Panvel, one could see the skeletal structure of the city emerging – gradually taking over villages, fields and forests. The grid was being laid, gigantic stations were being built, signs for non-existent roads were planted, tentative sites for an airport (that saw its first concrete signs of construction only this year), got ear-marked. Real-estate developers were already projecting ahead and building tiny Mumbai style apartments. Elite Mumbai residents who had built hidden country-houses in what were once getaways were suddenly in the spotlight.

The image of the forming city, seen from the tiny tribal hamlet on that hill, remains vivid. It reminds us that there is another way to tell the story of Navi Mumbai –or any new city planned from scratch– one that does not see it from the point of view of the drafting board, but instead takes its starting point as the dark spots on the green-field, its pre-existing habitats.

It must be said in the case of Navi Mumbai however – that there was an allowance for several older villages to retain their panchayats. Especially when the initial planning projects were deliberately laid around new urban nodes, but at significant distance from major villages.

In operation however, master plans for metropolitan regions rarely demonstrate the skill to interweave their visions through these habitats. They eventually dry up the economy that keeps villages going. After all, one could wonder how can we keep the structure of a village without a relevant system of livelihood based on farming, fishing or forestry?

Sure enough, even in the case of Navi Mumbai, which was supposed to decongest its older sibling, one saw the growth of settlements that ultimately got mistaken for and eventually treated as “slums”. Just like Mumbai’s nearly 200 villages, which meld into the larger city in a similar case of mistaken identity.

Standing on that tribal hamlet all those years ago – one could already have predicted this. The slum did not form with the coming of migrants – as common narratives go. The slum emerged when a pre-fab, hard-wired city arrived at the door-steps of existing habitats, dried up its resources and did not have the imagination or the ability to absorb the traditional, sometimes ancient habitats into its own structure.

Actually Navi Mumbai did show some imagination on that front. Charles Correa’s Artists Village was a small but significant nod to the way in which the new habitats in the metropolis could have blended with traditional but modernizing villages. However, against the larger grid on which it was placed, and the infrastructure that shaped the city as a whole, the effort was sidelined as much as traditional villages in the vicinity. Perhaps saved from a very dark fate only because it had emerged from the imagination of the architect.

Today Navi Mumbai has come into its own – warts and all. But it’s real connections to its namesake is not more (or less) significant than other older cities in the vicinity – like Thane or Kalyan – which should, following that lazy naming logic, be called Old Mumbai. After all, Kalyan was a major port city in the region, before the colonialists arrived?

Navi Mumbai has so much more to offer than a forced co-dependency of its identity on Mumbai, especially if it chooses to look afresh at the rich regions around it. The historical villages, towns and their local economies deserve more than simply be treated as suburbia.

At present Navi Mumbai looks as much towards the Konkan coast as it does to Mumbai, which is one of the most interesting coastal belts in the country, with historical connections to ancient Arab trade, local Jewish communities that once homed there and the more recent migratory moves towards Africa and the middle-east.

What Navi Mumbai lacked from the start is an historical and geographical imagination that would have connected it the Konkan and allowed it to become its own city – rather than an outgrowth of Mumbai. This most abundant and cheapest resource, was unfortunately untapped, as it often is when only engineers, planners and developers get to their drafting board. The city could have created its own myths and told a different story.

This article was first published in The Hindu Sunday Magazine on April 29th, 2018. 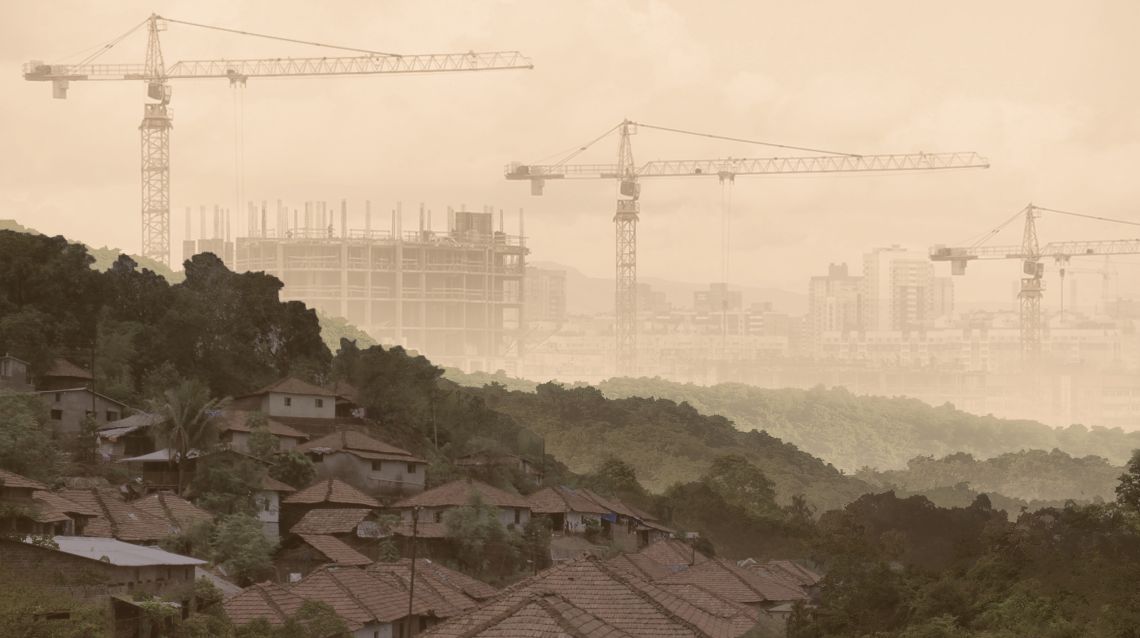