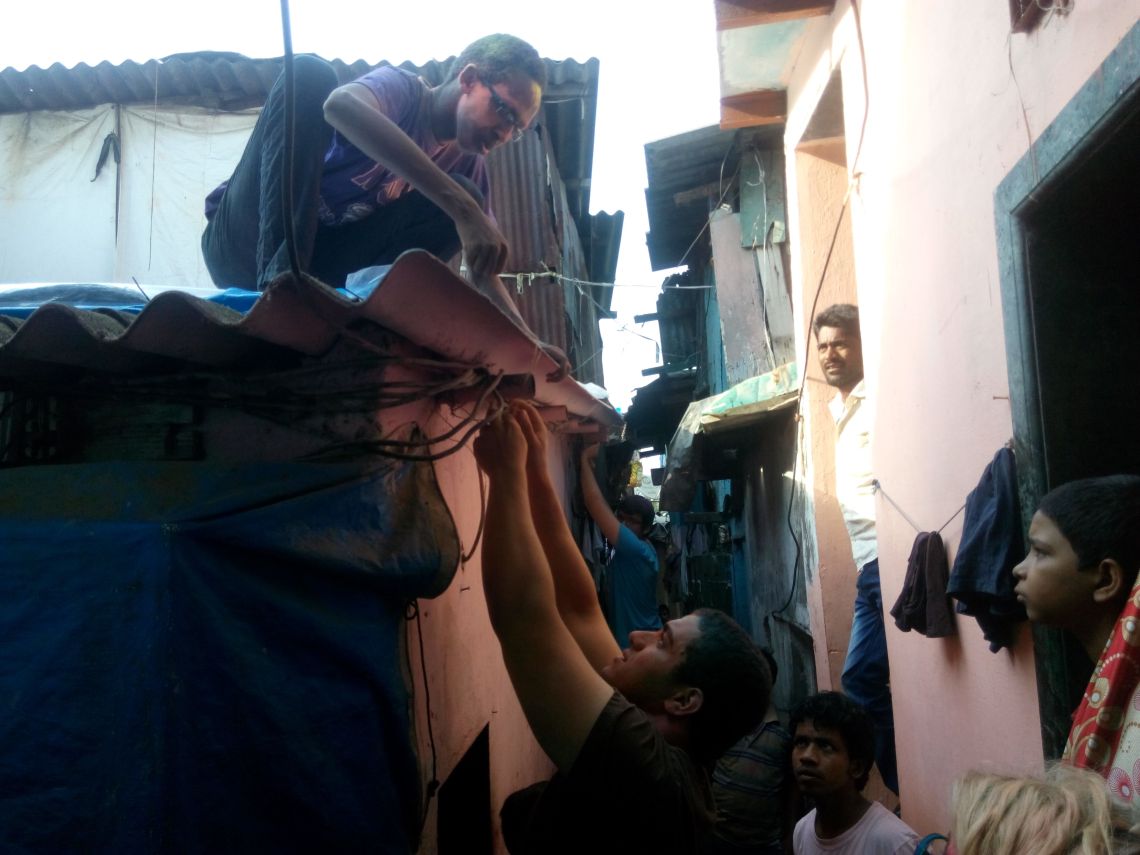 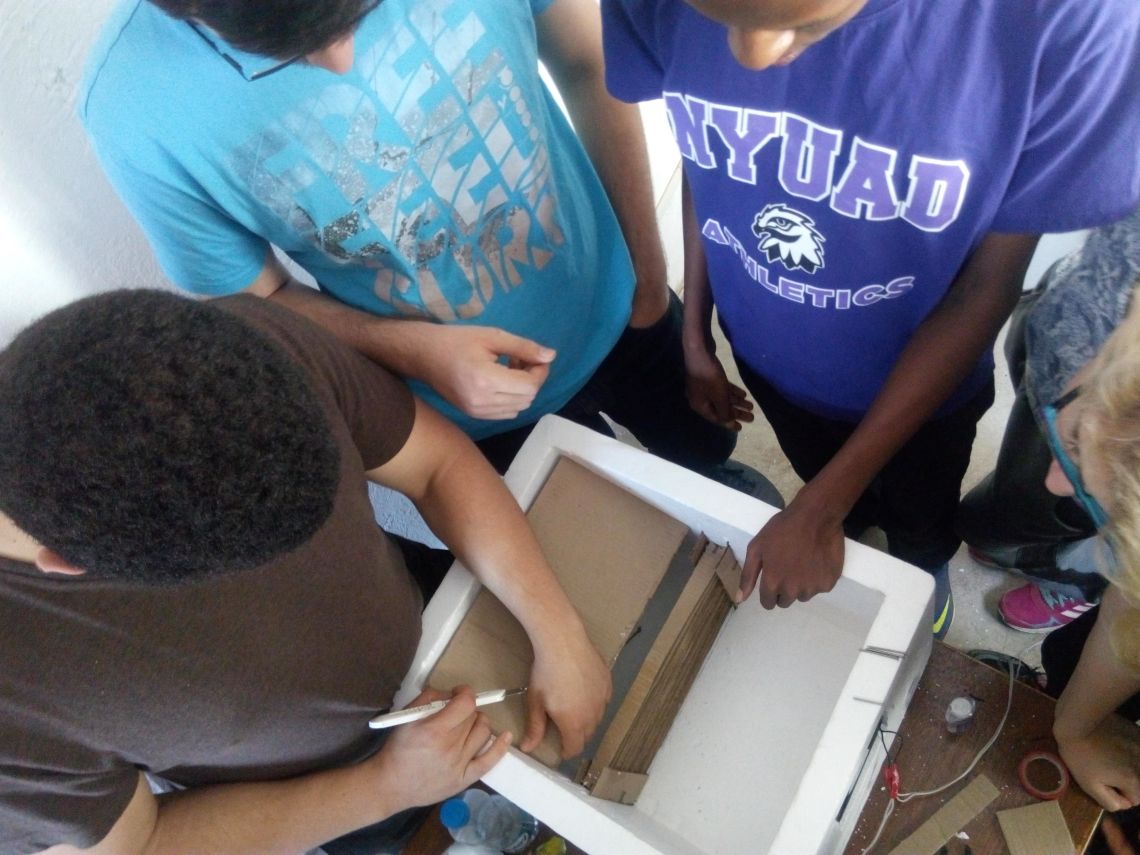 New York University’s branch in Abu Dhabi has a class of engineering students who have shown interest in urbz’s work in Dharavi for the past two years. These students, from a program called Engineering for Social Impact, spent an eventful week in Dharavi at the new urbz office. The first workshop that urbz did with NYU Abu Dhabi was with last year’s batch of students, who came to Dharavi to work with local craftspeople and residents to build elements relevant to the local context. urbz calls this process Handstorming.

The second edition of the Handstorm workshop with NYU-AD saw the students approach Dharavi with a very different eye. During the first meeting which took place at Abu Dhabi the previous week, the students had divided themselves into four teams based on subjects of interest; water, roofing and ventilation, space optimisation and community dynamics.

On their arrival at Mumbai, each team set out with a mission. Every student visited many houses in Dharavi and interacted with its residents to understand a little bit of the background and context. While some teams had a clear vision of how they wanted to intervene in the houses they visited, others chose a more research-based approach to explore the different aspects of Dharavi with respect to their topic.

The team dealing with roofing and ventilation visited a few houses on the first day, decided that they wanted to intervene in one particular house in Rajiv Gandhi Nagar, and identified the existing problems. Heat and insulation were the two problems that are were most apparent on entering the various houses. The team focussed on this and brainstormed to develop simple ideas that could make the house a more comfortable place to live in. They devised a new insulated roof made of locally available blue plastic sheet and 10mm thick layer of foam and aluminium foils and another plastic sheet to cover the foil. The entire set-up was secured with plastic ties. Not wanting to stop simply at devising the solution, the team went on to implement the alternative roof and approached the residents to ask for permission to install it. On their consent, the team succeeded in putting up the roof in a house in Dharavi. The urbz team monitored the changes in the interior quality over the next few days and were excited to inform the students that their project was a great success. The temperature inside the room was considerably lower and when the fan turned, it was almost like an air conditioner had been installed!

The space optimisation team visited many residences in Dharavi and interacted with its inhabitants to understand their needs. One thing they noticed was that clutter in these small houses occupied a great amount of the limited space in which they lived. The group decided to use their experience from visiting many houses to create common objects which would optimise space inside of these 10 sq.m homes. In order to solve the problem of various objects taking up valuable horizontal floor space, the team’s approach was to explore the possibilities of using the vertical air space as storage. Their simple innovation of using a rope with bags pinned to it as a storage unit is one that could be a starting point for space optimisation in Dharavi’s small homes. 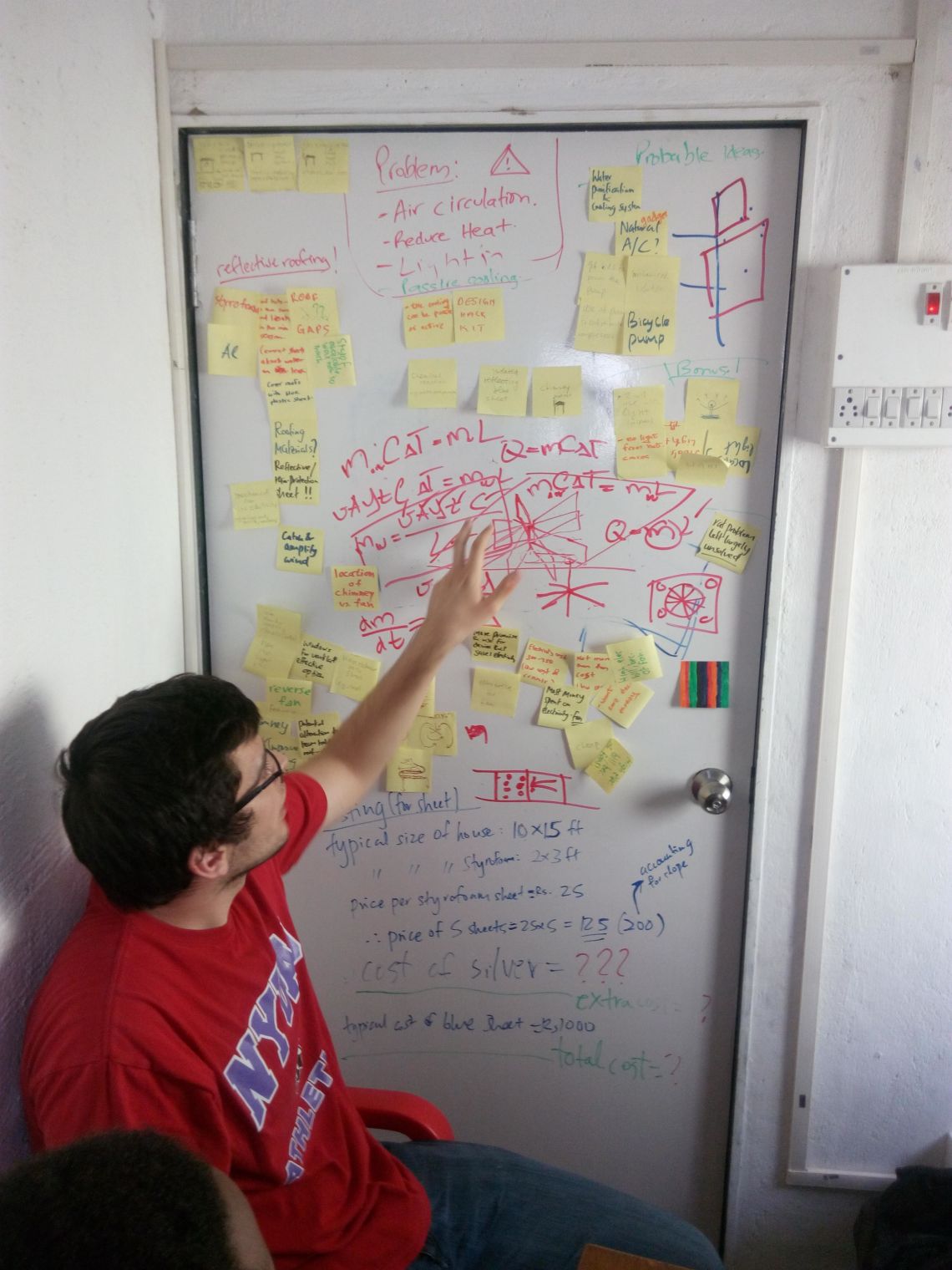 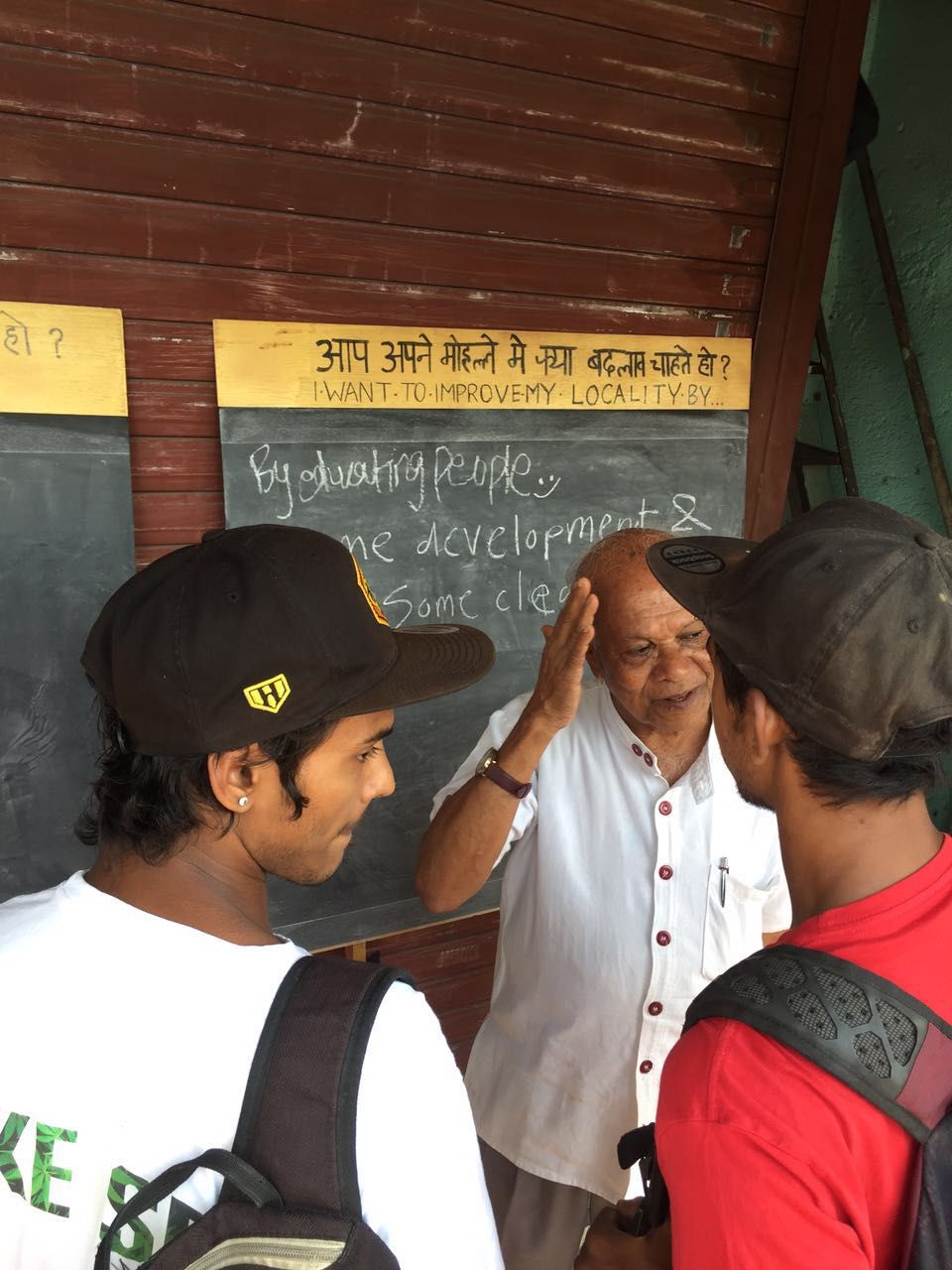 The team dealing with water used a more research-based approach towards the subject. On their walks around Dharavi, they noticed three potential areas in which they could intervene. The first was the various natural wells that dotted Koliwada and its nearby surroundings but were mostly not in use. They discovered that some wells had even been restored by residents and were used for domestic purposes. The second case was the recycling and reuse of water in a dye shop located in Dharavi. The third was the potential of exploring rain water harvesting measures to provide for alternate sources of water in the neighbourhood. After intensive fieldwork and research, the team narrowed its focus on the wells of Dharavi. Wells are natural sources of water, they replenish the ground water table and bear with them years of history. A study on the wells of Dharavi could unearth historical information and also establish distinct relationships between the past and the present. The group identified 6 existing wells in and around Koliwada, collected water samples from each to have them analysed, and created an awareness board containing all the information they had amassed over the past week. Their vision is for this board to be set up at each well, informing the residents and visitors of the history and the current state of the well, with the aim of bringing the spotlight on the well as a first step in rejuvenating them.

Moving away from the typical style of engineering projects, and from the initial idea of pure “handstorming”, the final group dealt with a tricky subject: Property rights, ownership and community dynamics. After studying housing situations and ownership patterns in various neighbourhoods in Dharavi, the team arrived at the conclusion that in order for government bodies like the Slum Rehabilitation Authority to create relevant housing solutions for the development of Dharavi, there needs to be a dialogue between the residents and official bodies. There is immense potential among residents to organise themselves and take charge of their own living conditions. The group looked at various ways in which people living in close quarters communicate with each other, and the final output intended to be inclusive, participatory and encourage the locals to speak up about their wants, needs and visions for their own neighbourhood. The students made two notice boards which they installed in two Dharavi localities. The boards were covered with a blackboard sheet on which the residents could chalk their thoughts about what they would like to see in their surroundings.