Instead of squeezing oneself in chawls (tiny tenements with shared bathrooms), the idea of a one-bedroom hall kitchen (or two or three) appealed to the city’s upwardly mobile population. 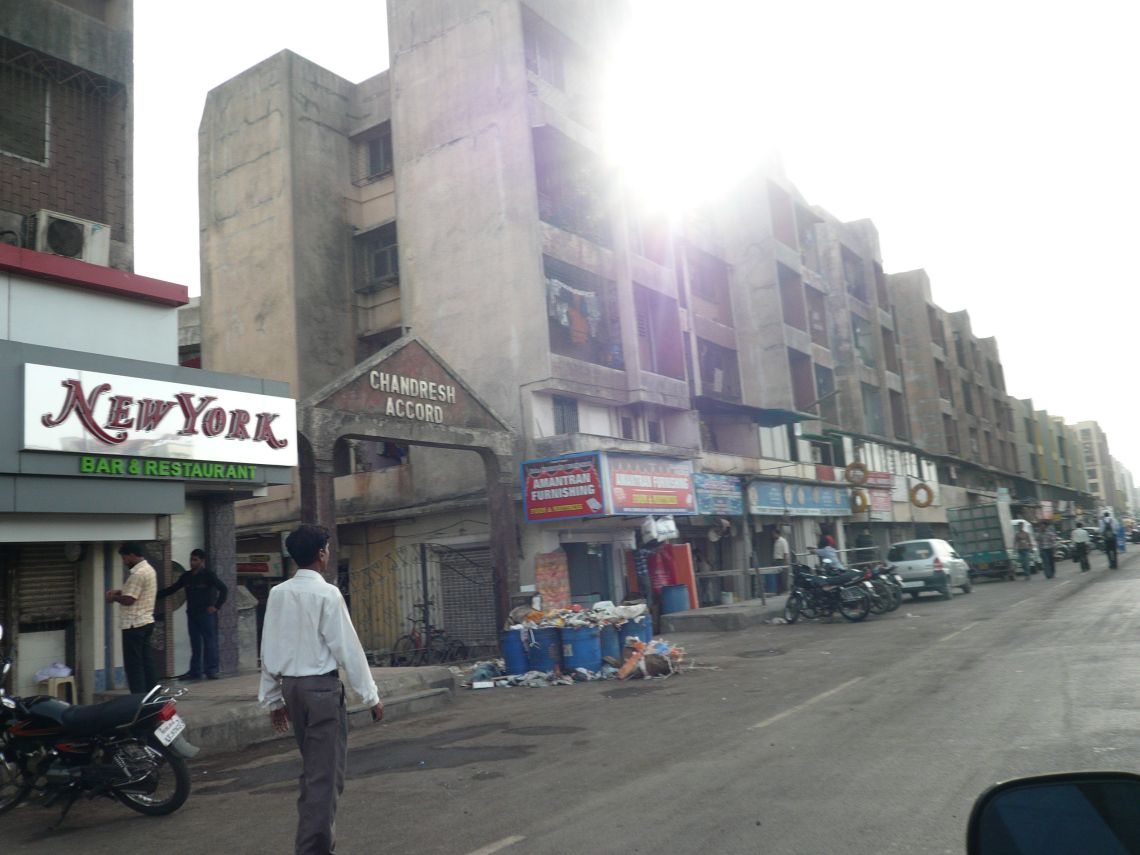 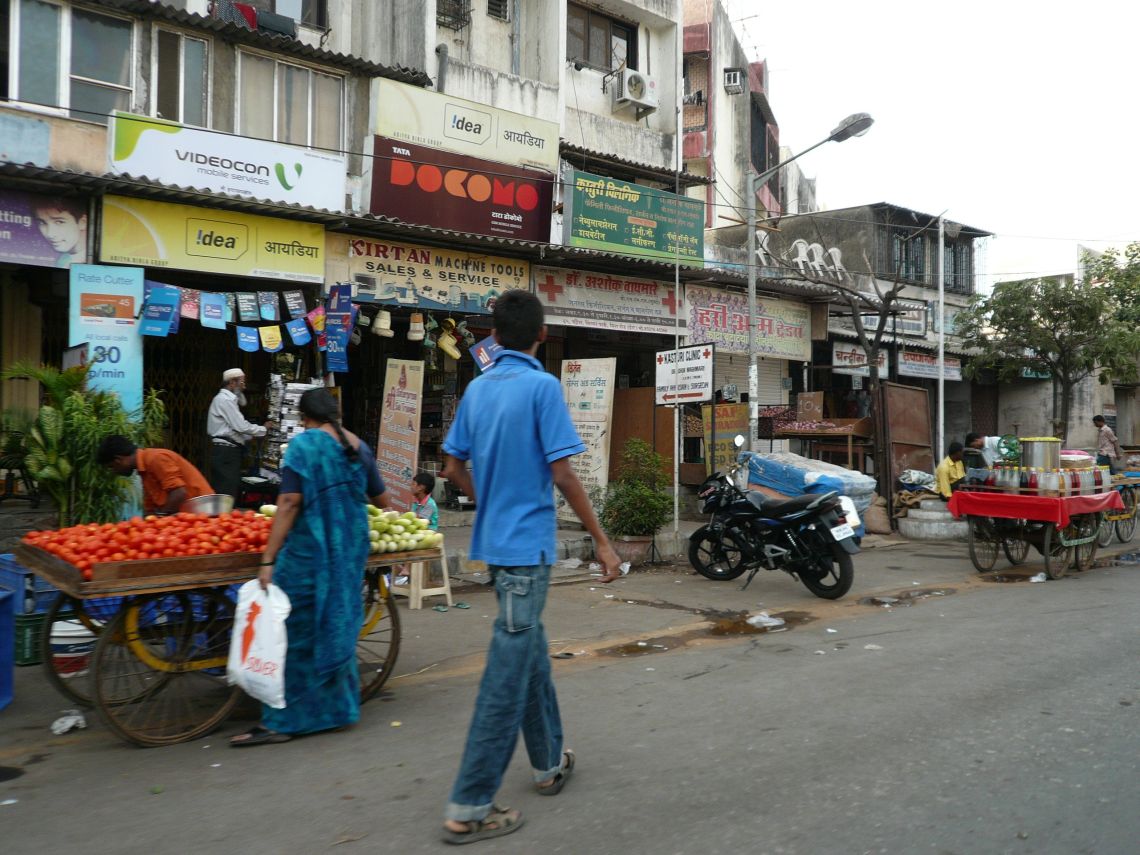 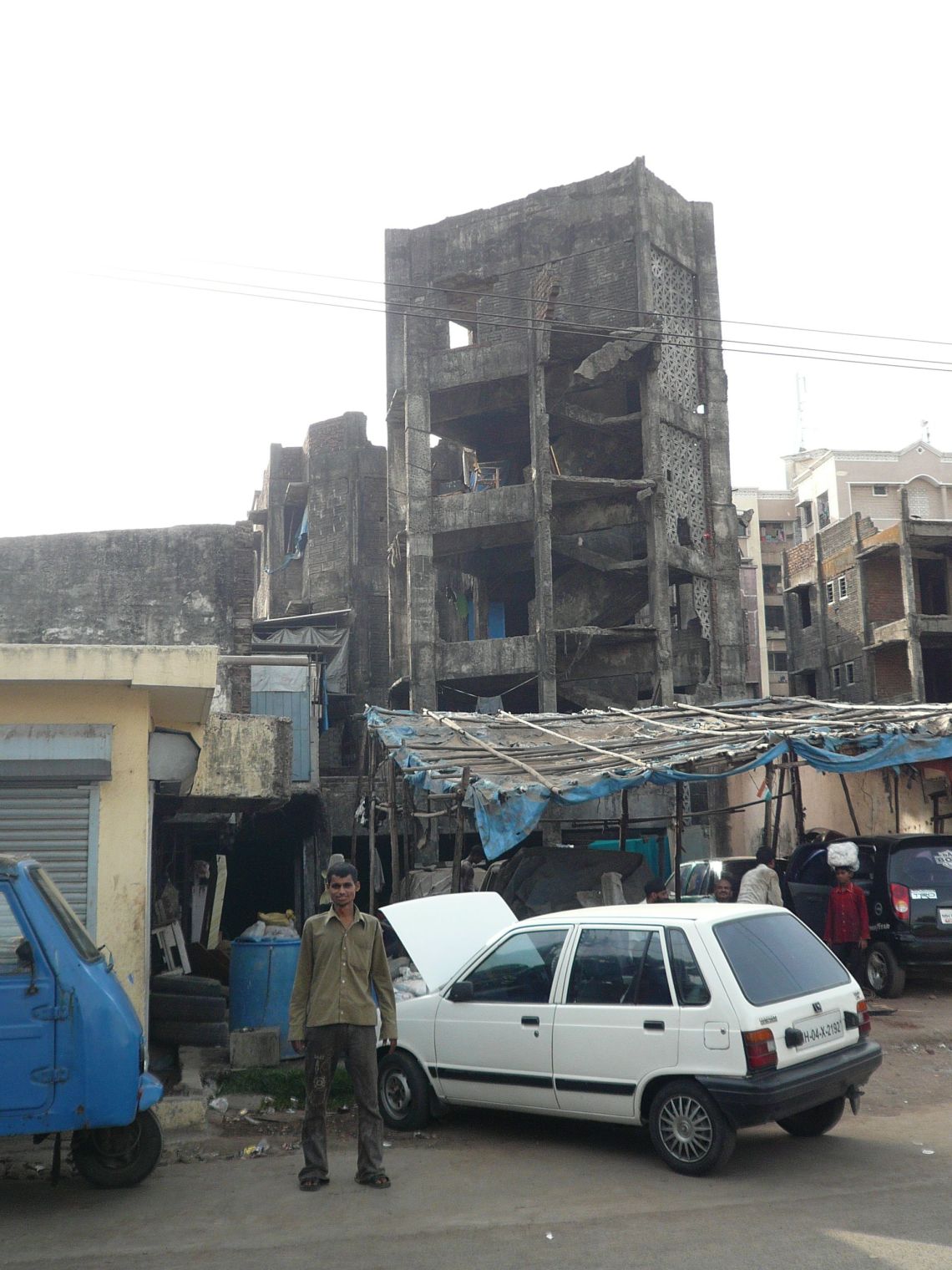 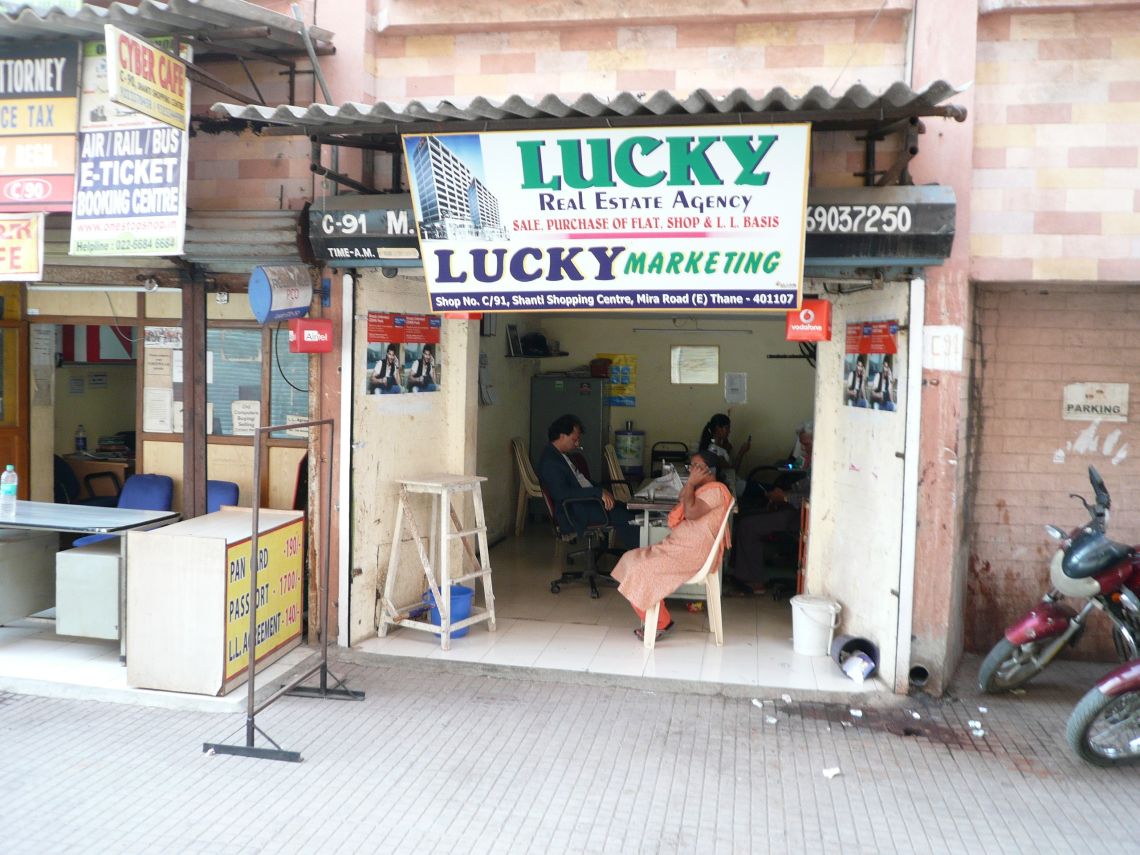 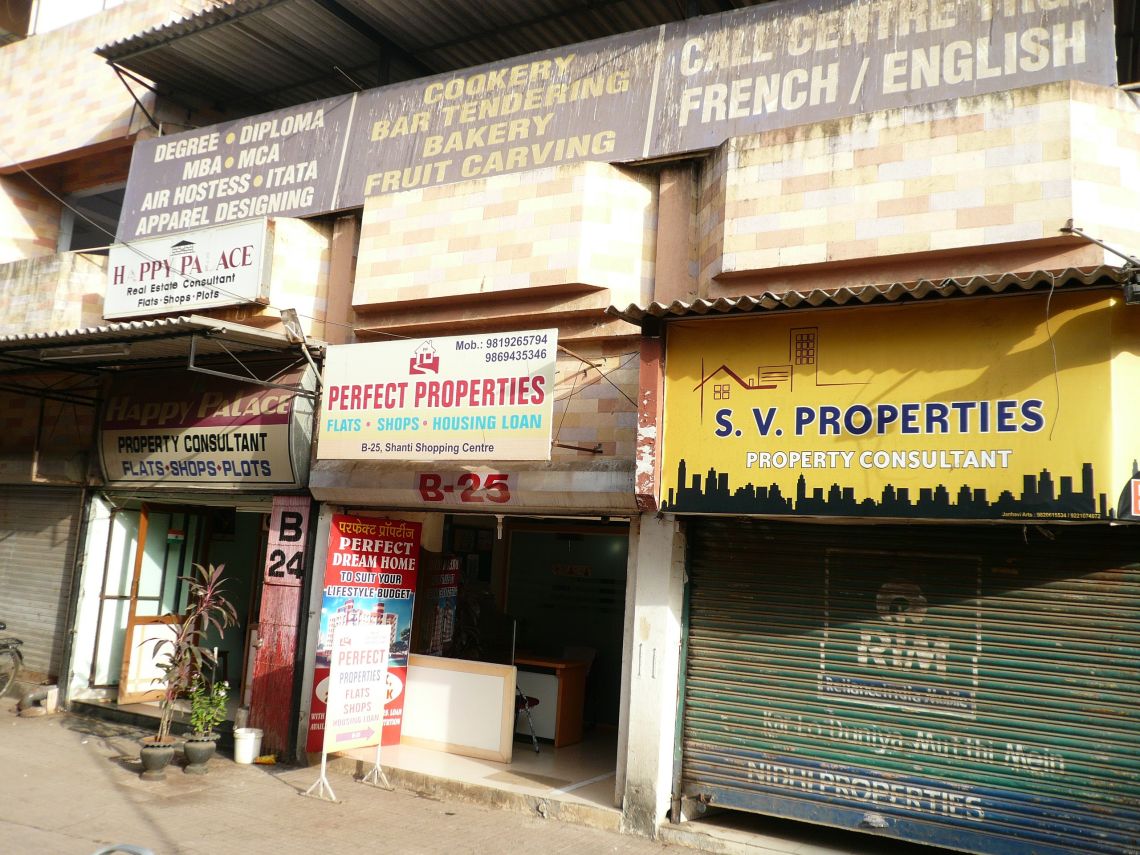 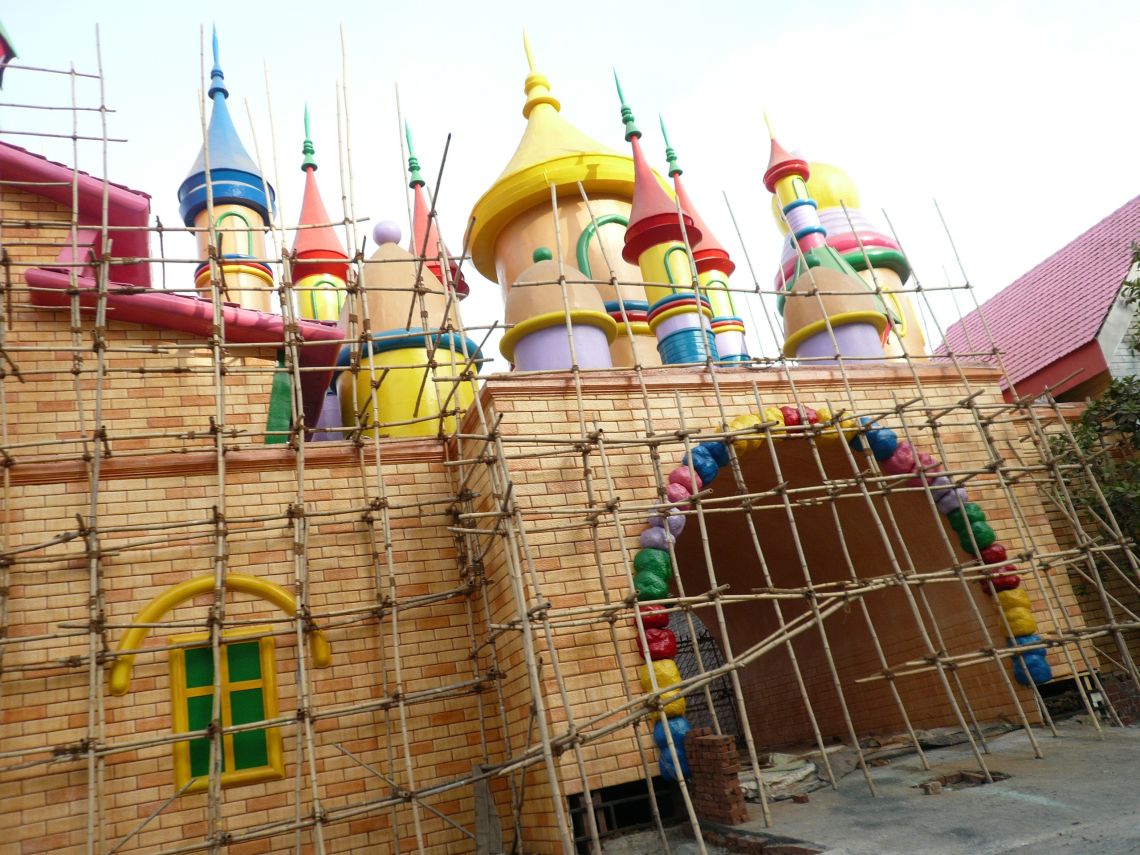 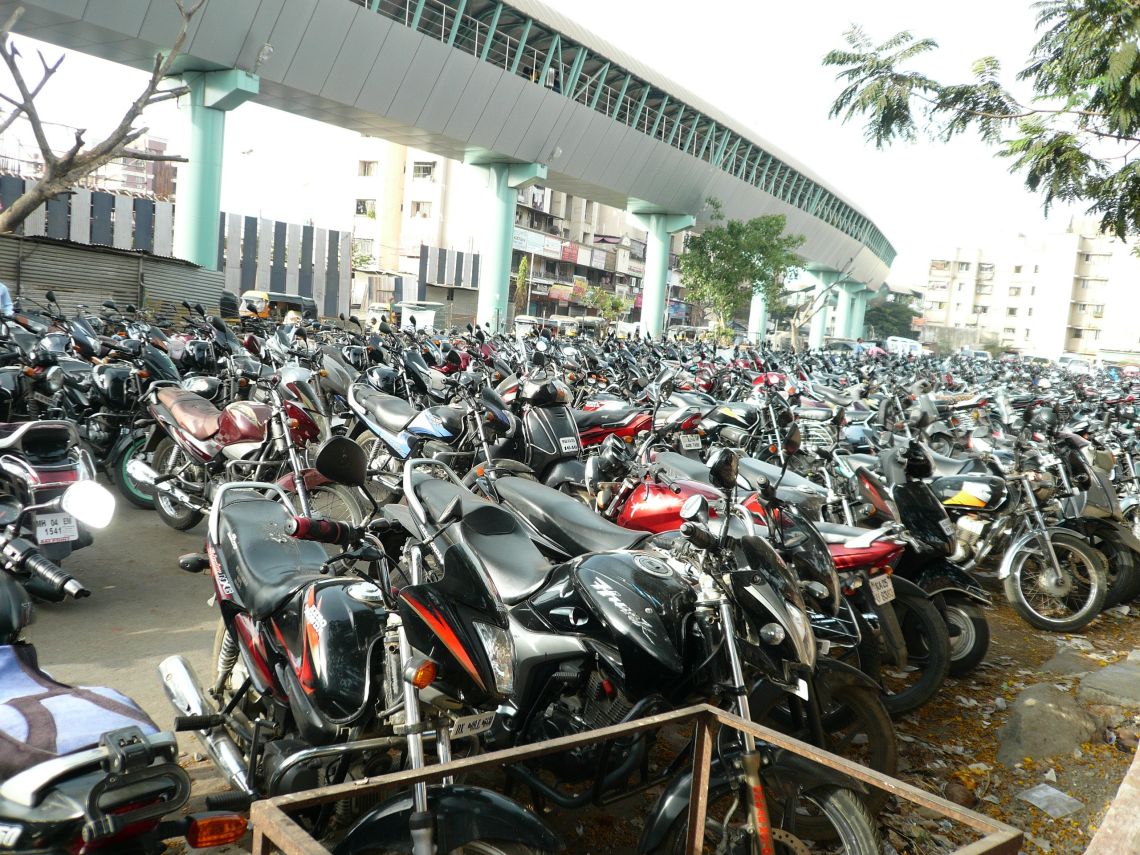 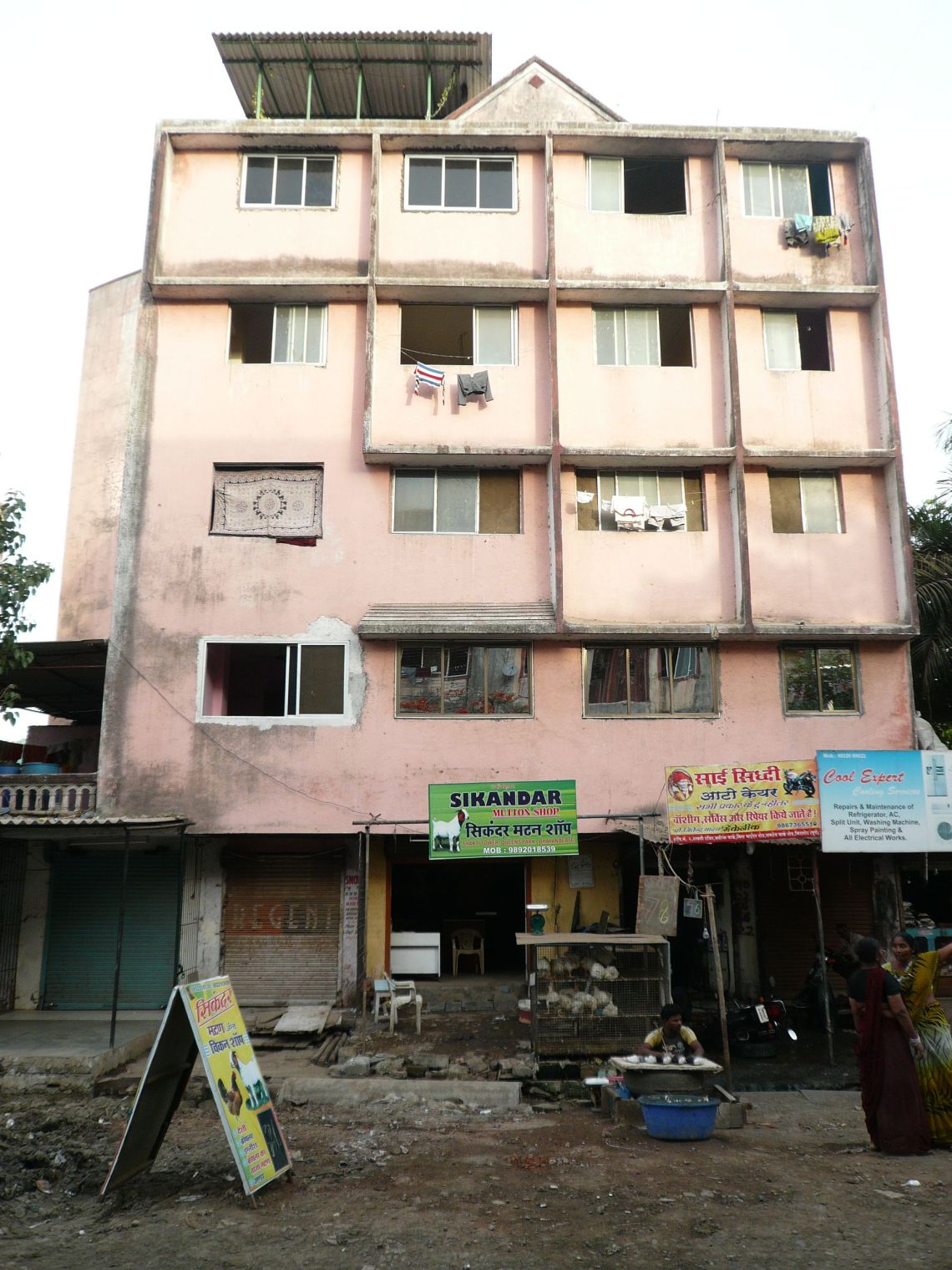 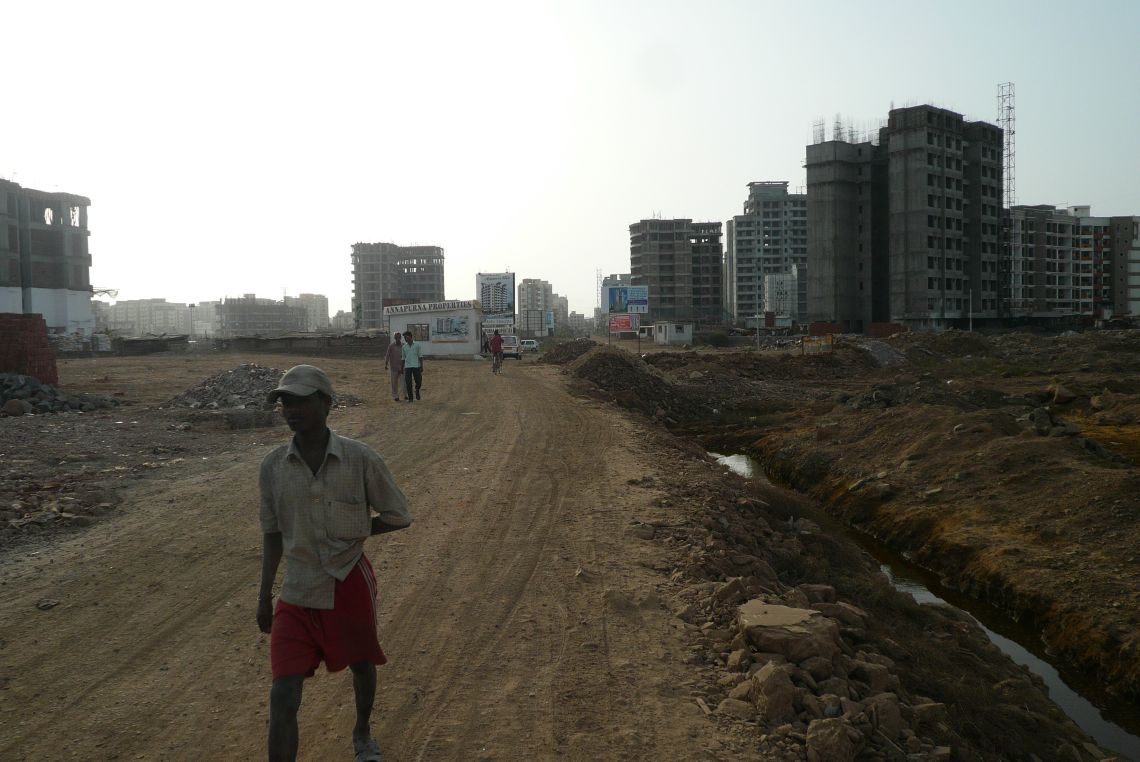 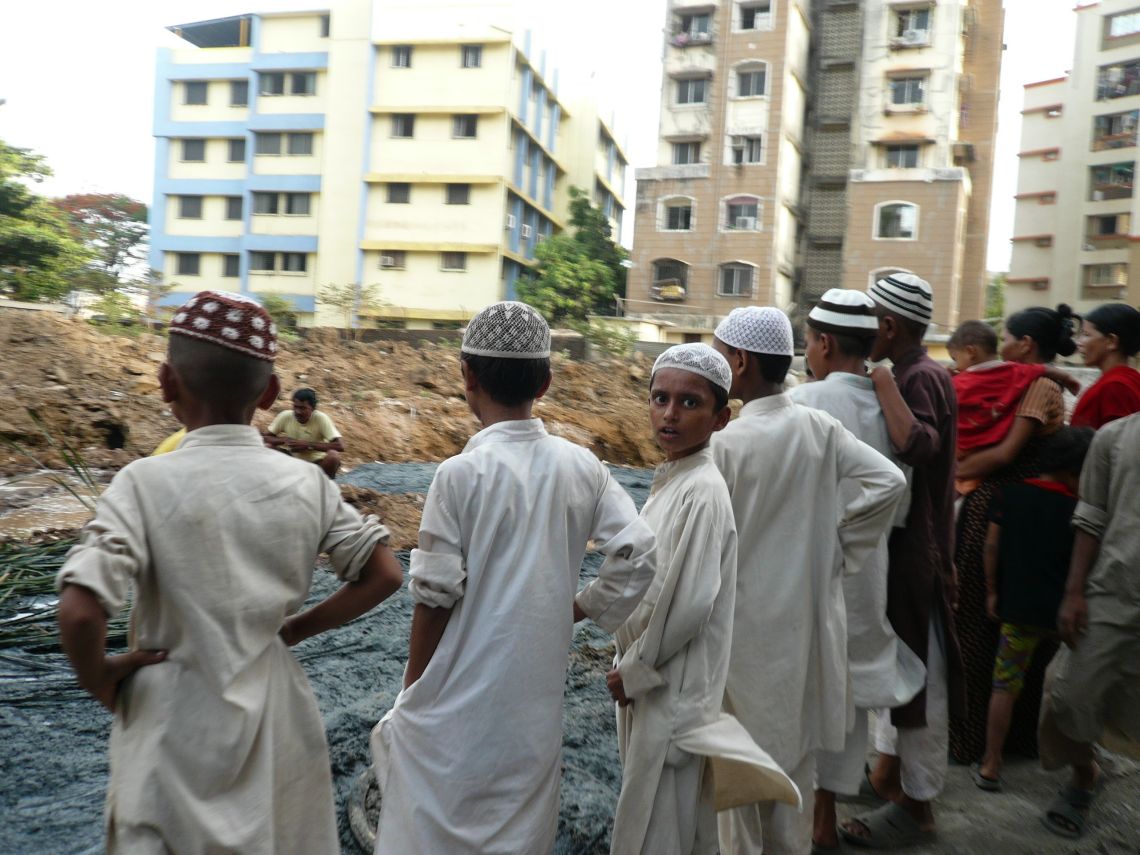 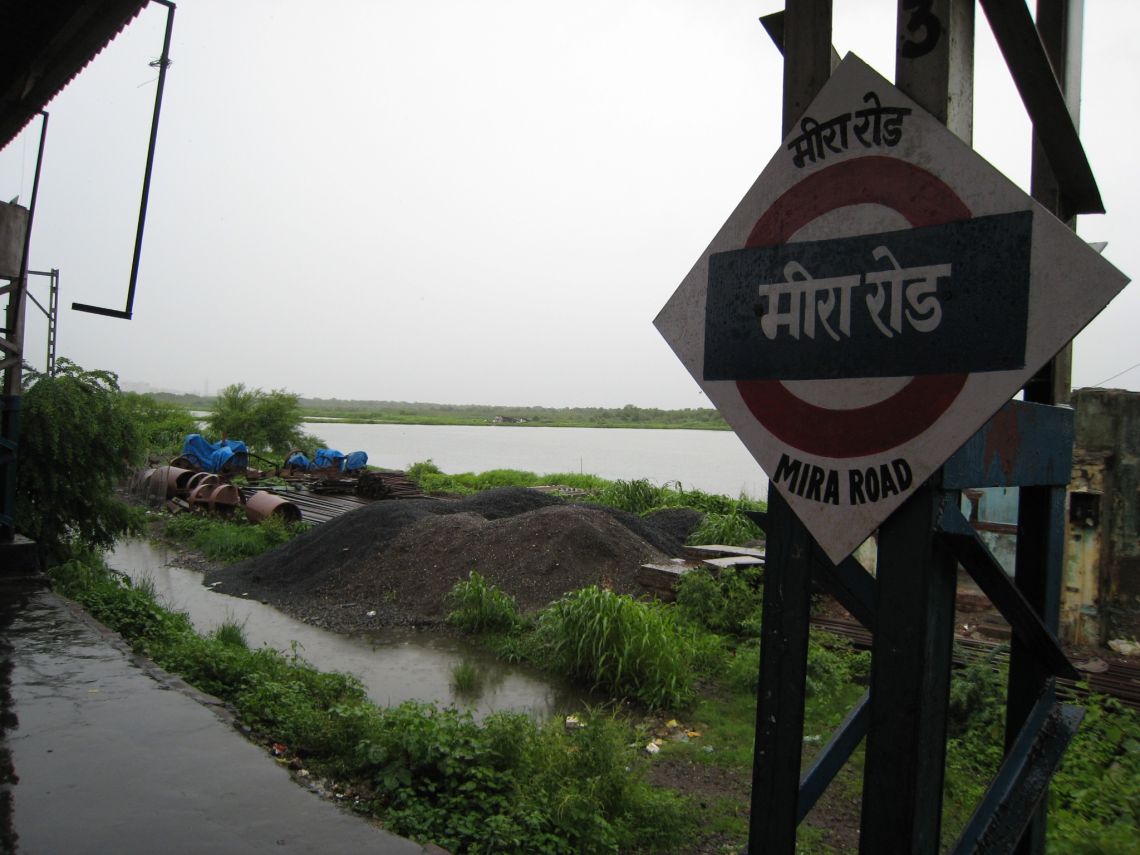 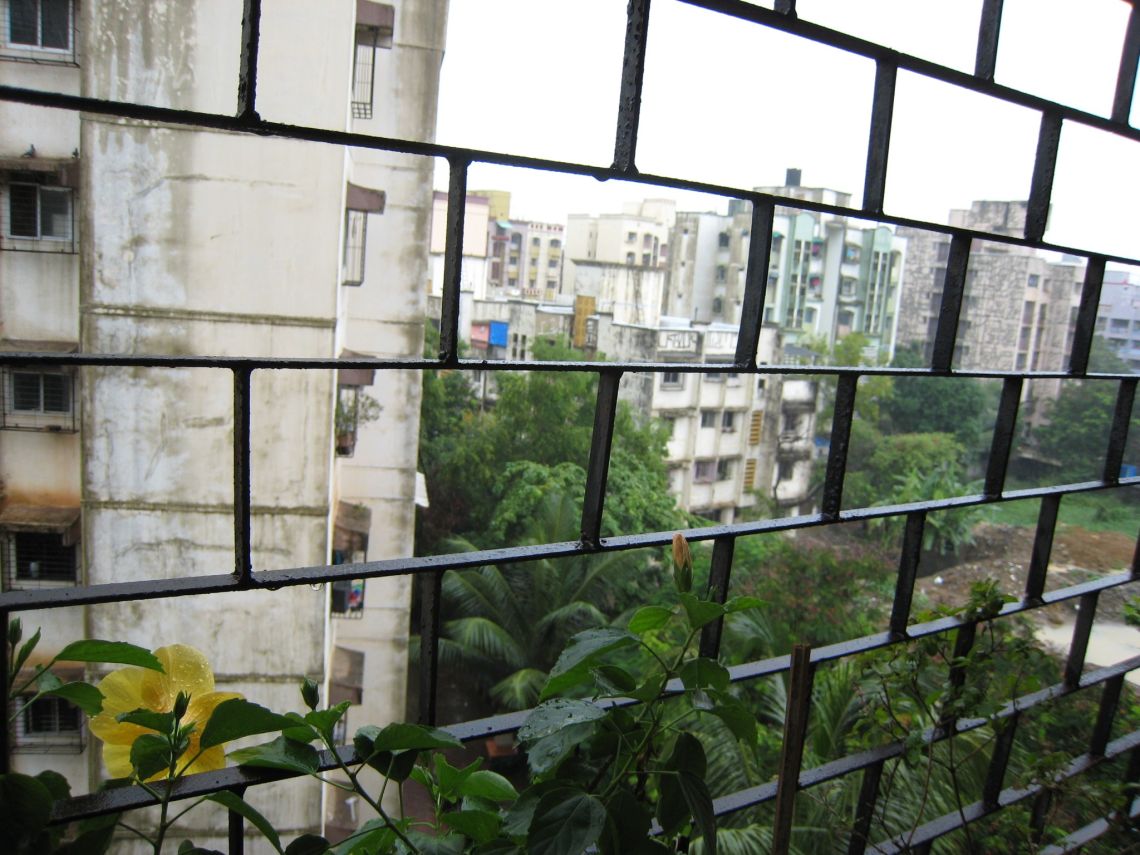 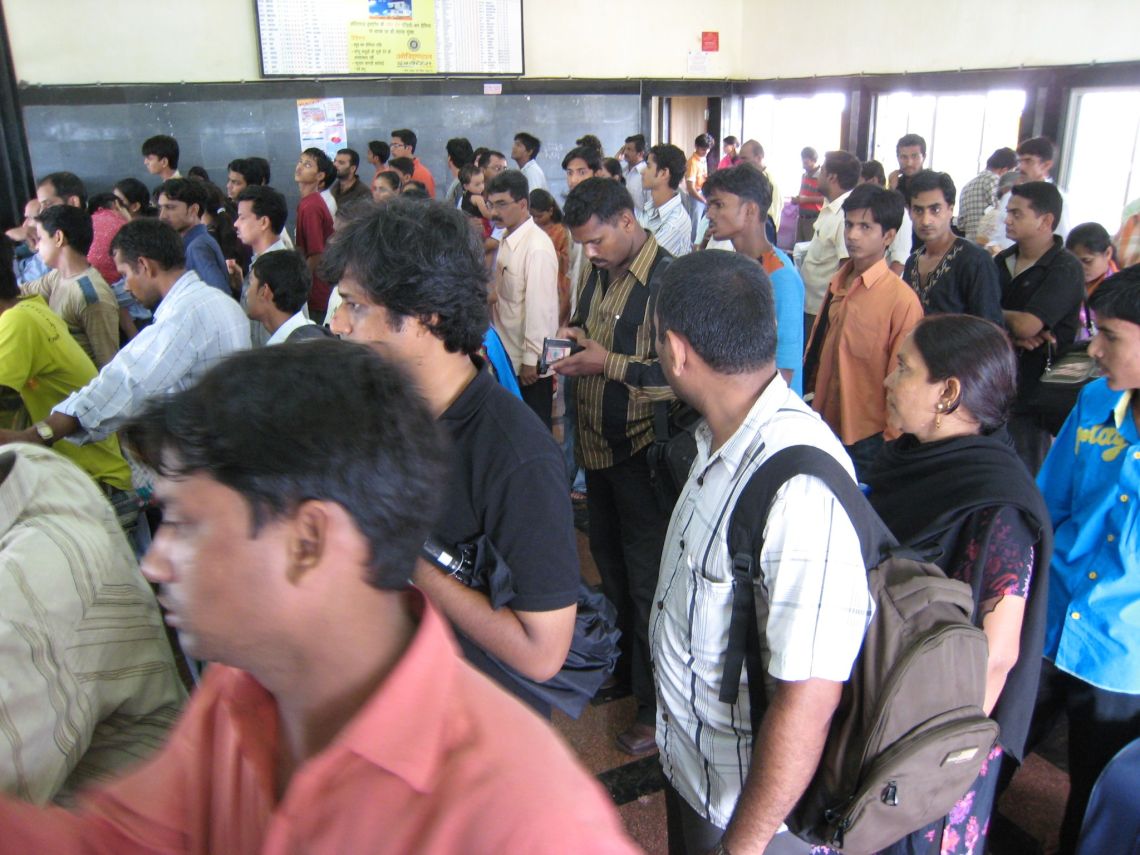 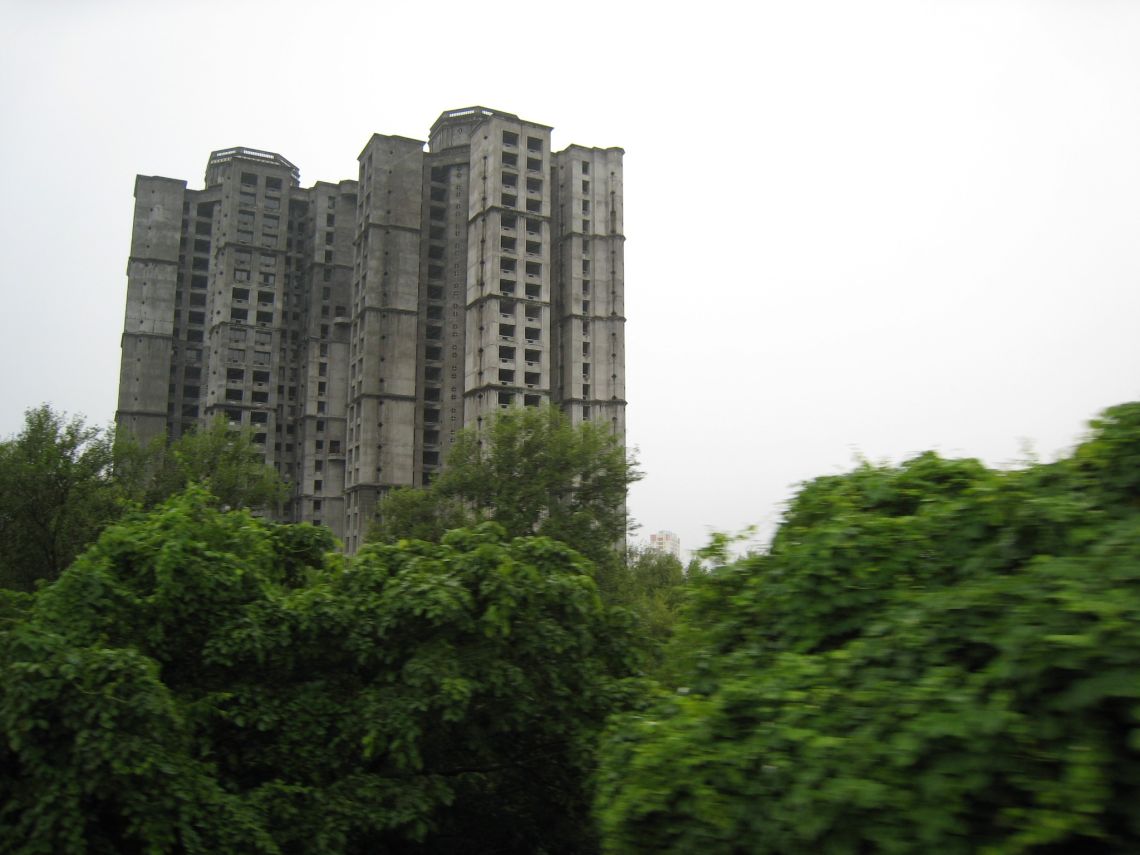 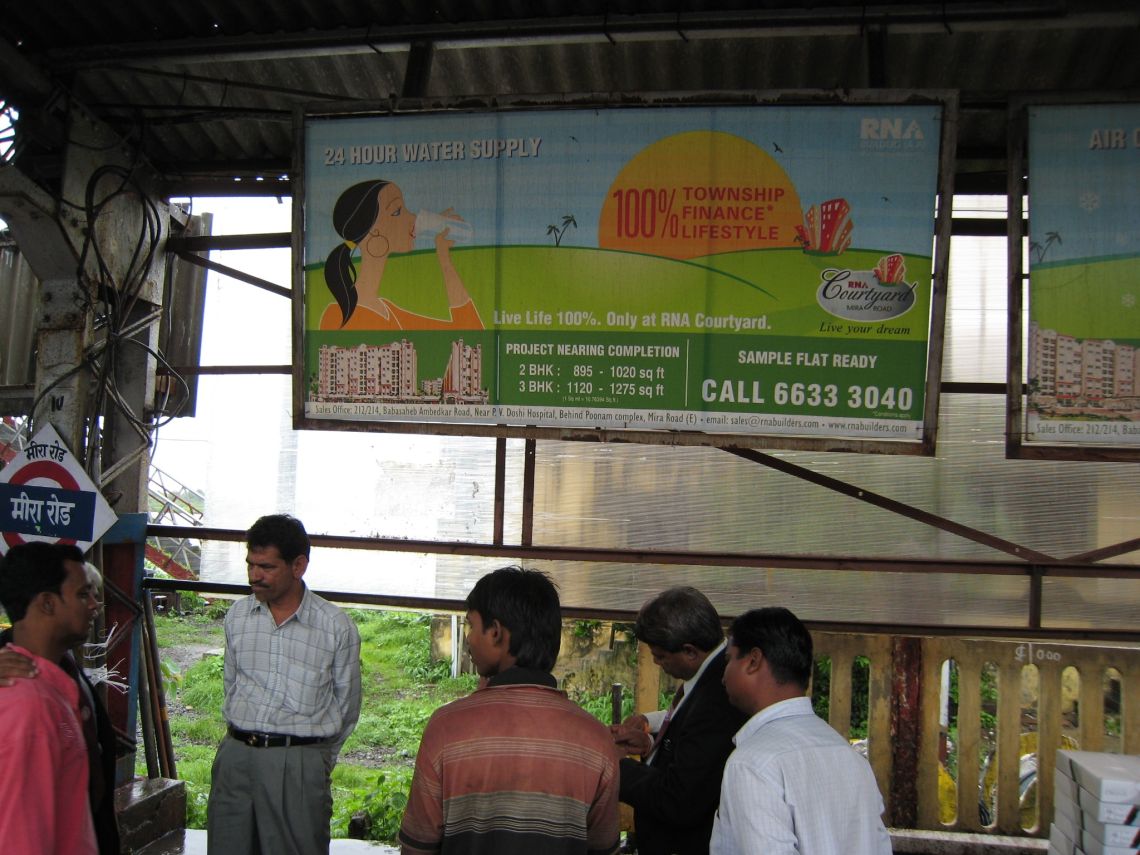 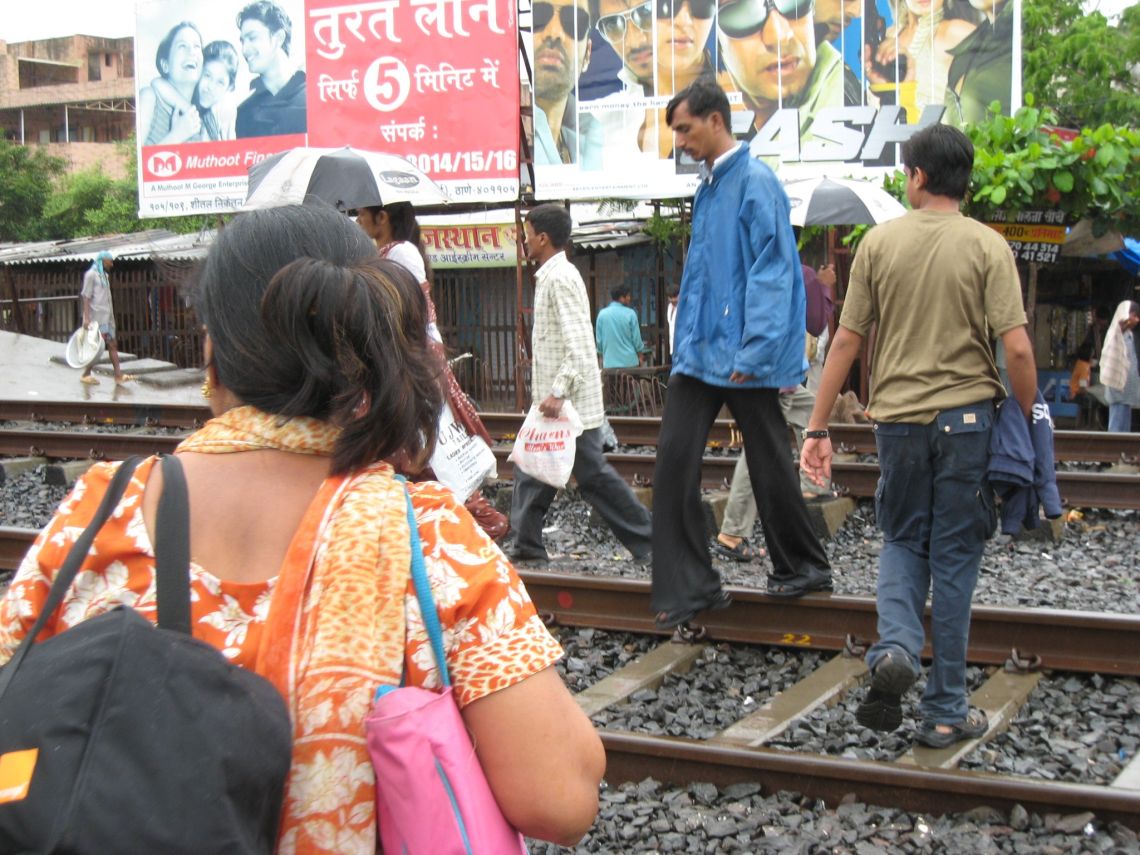 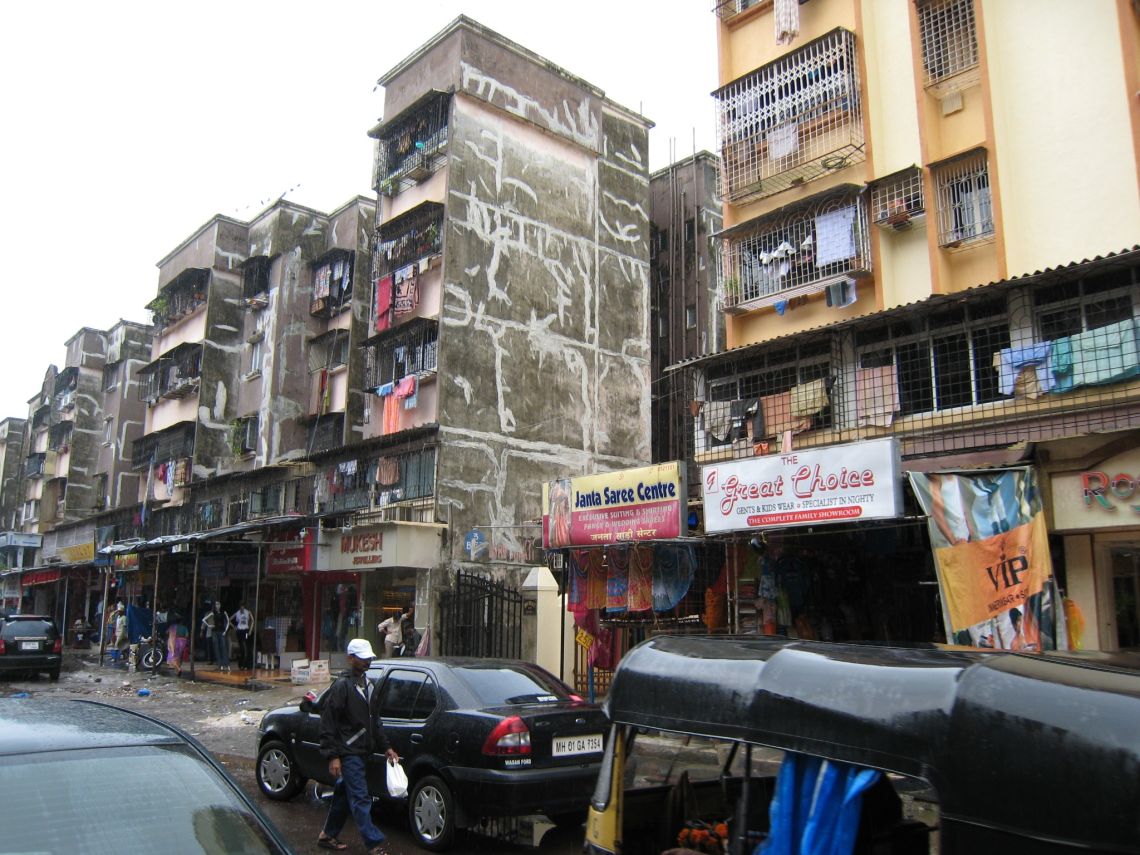 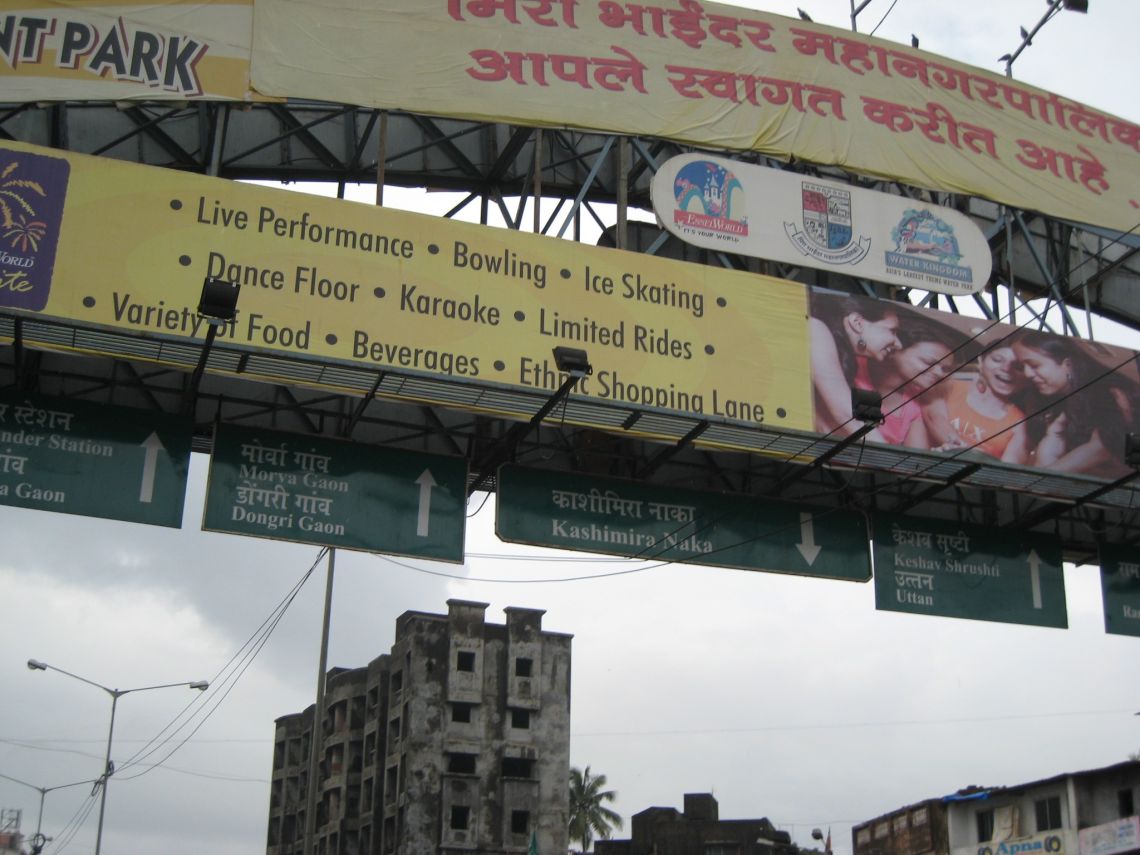 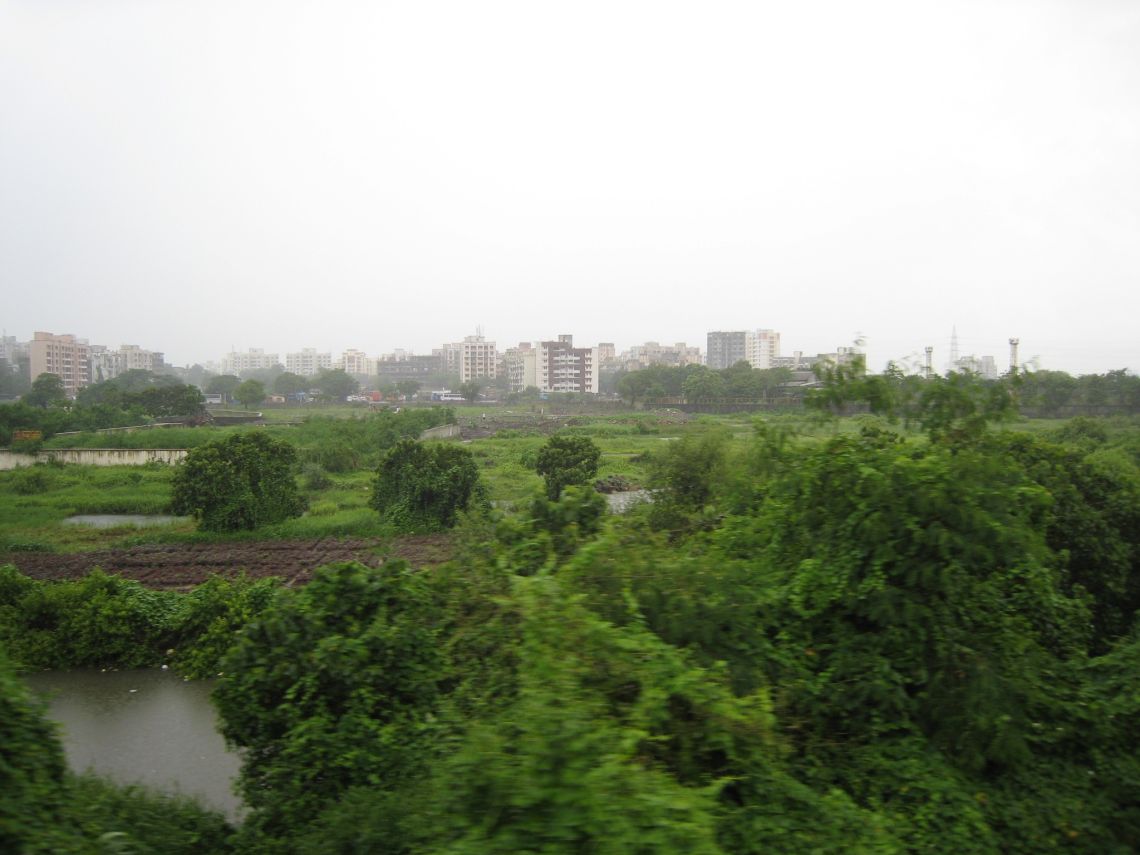 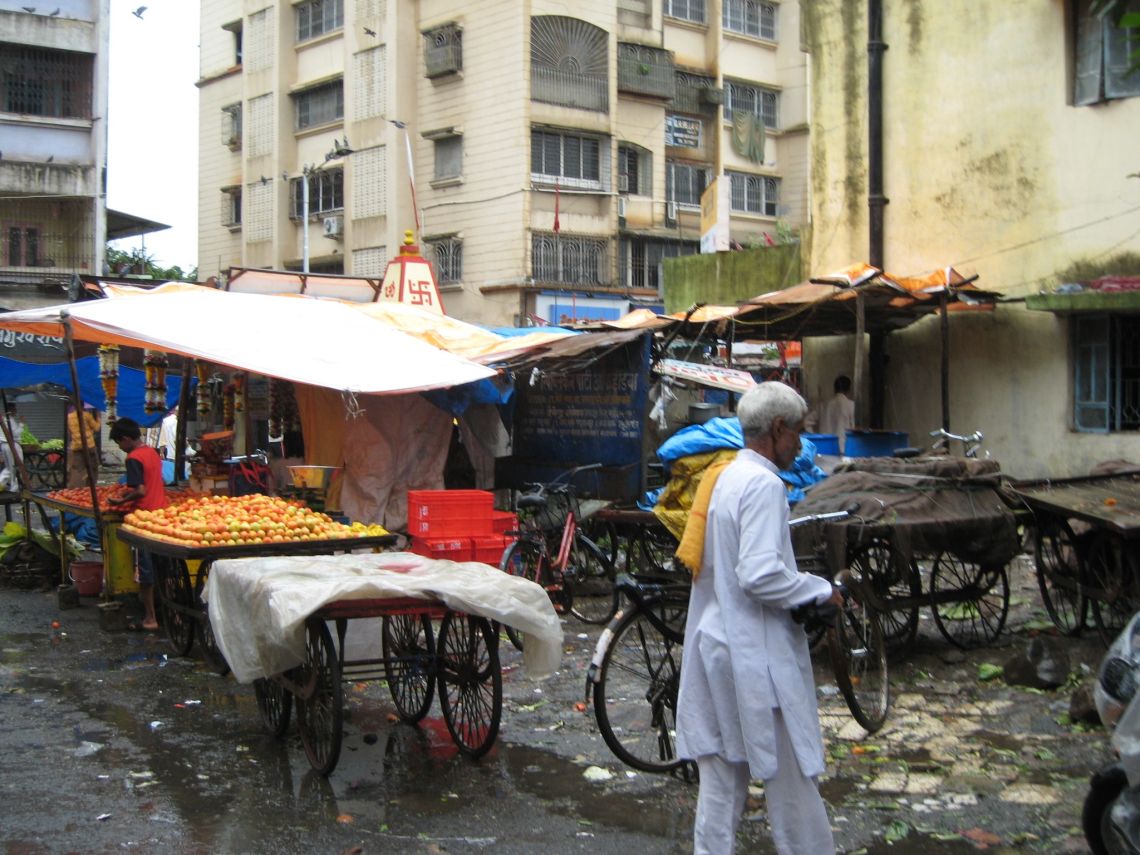 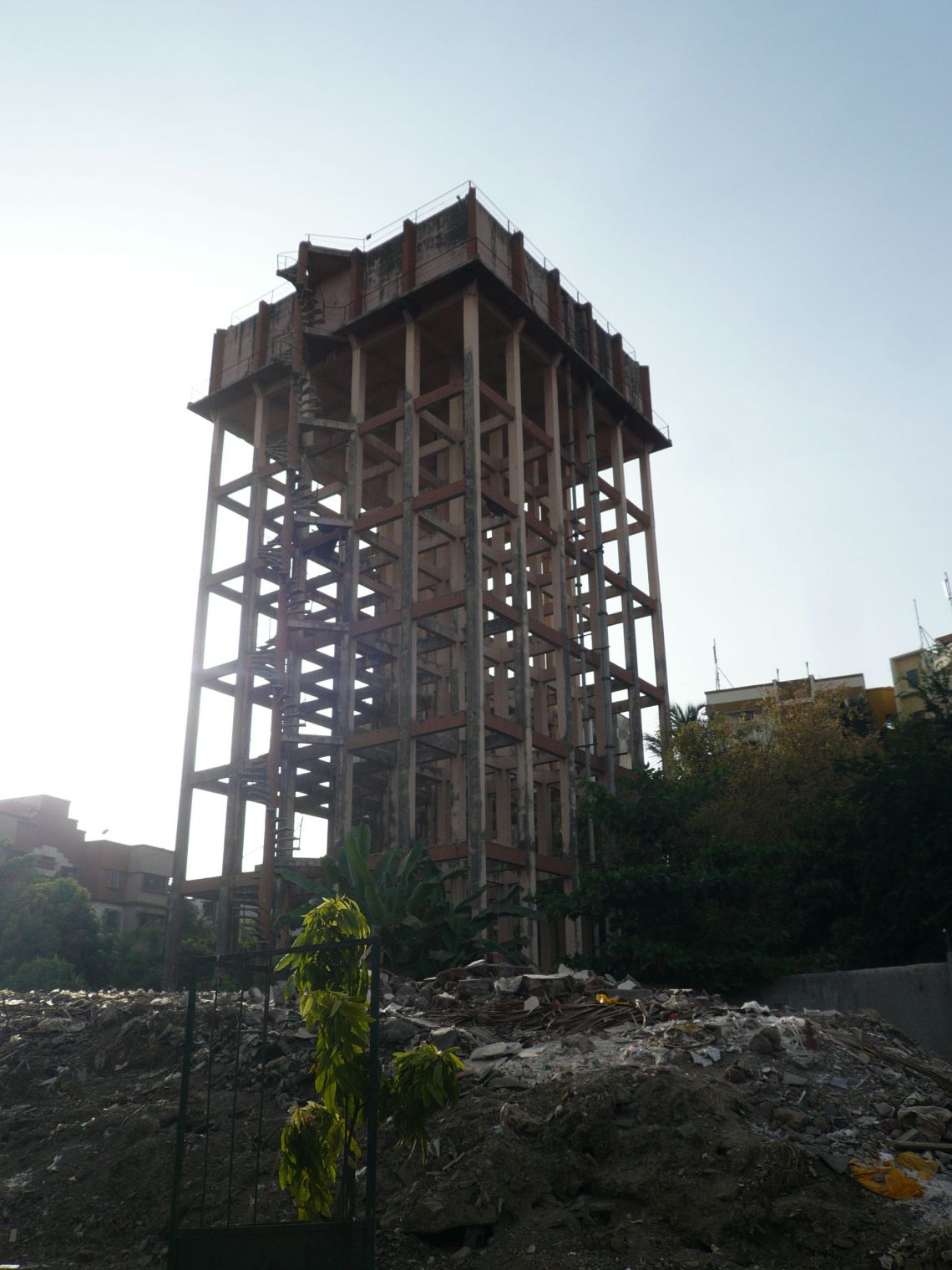 Mira Road is technically in Thane District, but is really a suburb of Mumbai with thousands of commuters coming up and down everyday in jam packed trains.

It started developing in the 1970s when its population was only a few thousands but it really picked in the 1990s. Now home to about 300,000 people, Mira Road’s story is the story of real estate development in Mumbai. It has produced a landscape of high-rises (4 to 10 storey high buildings) and highways penetrating deep into marshlands around Mumbai.

Residents are mostly lower-middle class, many of who may be working in the public sector, in the service industry or doing their business from the locality itself. For the lower-middle classes of Mumbai who could not dream of buying a piece of property in the city limits, Mira Road became a real alternative.

Instead of slumming it out or squeezing oneself in chawls (tiny tenements with shared bathrooms), the idea of a one-bedroom hall kitchen (or two or three) appealed to the city’s upwardly mobile population. Young professionals starting out, couples setting up independent homes and working class men who could finally afford to rent out a room and live in legitimate homes – rather than being constantly harassed by authorities in slums, chose Mira Road. Several artists, film-makers, activists and academics made it their home as well..

Because Mira Road is still being developed at an extremely high pace it is still possible to buy flats for Rs 5 to 10 lakhs in some parts. But this would most likely be for an older flat (10-20 years old). As in many other parts of Mumbai, buildings which were built on the cheap and in haste a couple of decades ago have been deteriorating quickly, due notably to the hot and humid weather and lack of maintenance.

The price for a new flat in Mira Road has followed the same trend as in Mumbai as a whole. According to a resident who was looking for a flat to buy in what was until recently considered to be one of the few affordable and desirable parts of the Mumbai metropolitan region, the price of a 1 BHK flat in Mira Road was Rs 13 lakhs in September. Two months later, the same flat was selling for Rs 15 lakh and in February 2010 the rate was nearly Rs 19 lakh ($40,000). (Mid Day, 08.02.10).

Mira Road also has its emerging ghettos in older buildings planted along dirt roads. What we observe there is the presence of minorities that have found refuge at the edge of this suburb which is really on the edge of Mumbai. Another population that has found refuge in Mira Road are dance bars. As has happened in many other cities, including New York’s Time Square which was “cleaned-up”, when dance bars shut down in town they simply moved to the suburbs, out of sight but not out of reach. A recent raid by the Mumbai police resulted in the arrest of 109 bar girls, who were, according to the police, operating from secret chambers in various bars (source: urbanruminations 10.01.10).

Real-estate is by far the main economic force at work in Mira Road. Many small real estate agencies can be seen around the station, along with insurers and accountants. The transactions are notoriously corrupt with real-estate agents and developers asking for a share of the money to be given in black (source: HT 21.05.06).

Other than that the street economy has claimed its rights on Mira Road, with many small shops along every streets. The multitude of small, bazaar like businesses is what we like to call the “urban masala”, which is also what gives some character to this otherwise cold and monolithic cityscape.