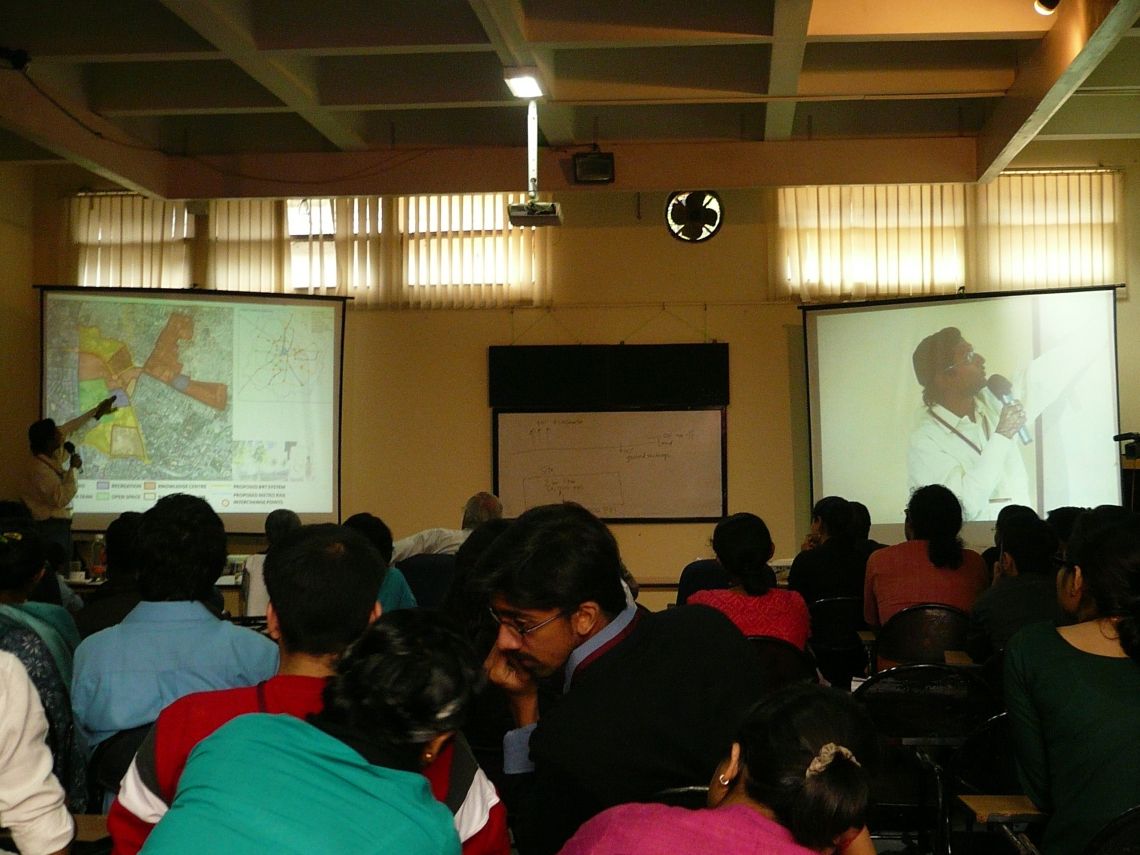 URBZ members Rahul and Matias spent a week in Bangalore at the Indian Institute for Human Settlements and discussed the future of Indian cities along with 39 participants from all over the country and 21 faculty members. In addition to giving a lecture on “Citizenship and Activism”, we also facilitated two groups of participants through the “practica” exercise. In the “practica”, participants were asked to respond to a proposal that seemed both absurd and all too real: to use a central space in Bangalore to create a new financial centre for the city and the country. Most groups rejected the idea of a new financial centre in Bangalore altogether and proposed alternatives such as a transport hub or an incubator and research centre.

The broad theme of this week-long seminar/studio was “Re-Imagining the World Class City.” The many debates and questions that arose over the week left it unclear whether the World Class City should be re-imagined at all. Many argued that the concept should be dropped at once, as it has been used and abused by a small constituency of big players in urban and real estate development to promote their vested interests, with little considerations for the historical, cultural and social specificity of Indian cities and urban settlements. We discuss this theme in a new post on airoots.org.

This event was meant as a preamble to the start of IIHS which aims at becoming India’s premier urban planning institution. From June onwards, it will offer undergraduate, masters and doctoral courses with a strong emphasis on practice. Headed by Aromar Revi, the Institute has a strong faculty, which includes the likes of Smita Srinivas of Columbia University, Peter Head, director of the global planning unit at Arup, and Caren Levy, director of the Development Planning Unit (DPU) at UCL. We will also continue our collaboration with IIHS as academic consultants.