One of the most valuable characteristics of economic life in Europe is the tremendous importance it gives to local resources, skills and spaces, whether through need or intent. Geographical labels for specific products, especially wines and spirits, significantly contribute to local economies. Every French or Italian region has at least a few products from the terroir that have become global household names. Lifestyles, designs, identities of habitats and traditions have been reinvented across ages to suit new consumption habits. The spread of wine consumption for instance, is as much a cultural phenomenon as the result of an outward looking industrial strategy.

A century ago, as he was making planning recommendations for the city of Indore, Patrick Geddes discussed the influence of different types of products on the social and urban fabric of the city: Jute-Calcutta, Cotton-Bombay, Linen-Belfast, Silk-Lyon. He believed that the skills and craft associated with different types of industry could develop different levels of urban civilizational achievements. For him, along with investments to promote the modernization of the cotton industry, the silk industry could contribute hugely to Indore’s social and economic development.

Clearly, some industries are more dependent on geographical and ecological conditions than others. Watchmaking emerged as an industry in the inhospitable, cold region of Jura in Switzerland because nature didn’t provide much that could be cultivated, processed and traded. The austere and diligent character of the Protestant population, along with know-how imported by French migrants in the seventeenth century provided the fertile cultural mold that allowed the industry to flourish in this region.

The strongest local industries are usually the result of preexisting natural and cultural conditions mixed with the right dose of exposure. Think of feni in Goa. Its success is the result of early exposure to Portuguese distillation methods, the abundance of coconuts, the introduction of cashew apples and a milieu that affirms celebrations within all communities that make up its diverse fabric. Even though its distribution is restricted exclusively to Goa due to colonial legal hangovers, the state government has initiated a process for it to be recognized as an “heritage drink” that is part of local tradition. This would help local companies do better by expanding markets.

The fact that feni still cannot be sold in India outside Goa reflects how antiquated colonial structures paralyze the development of some industries. Even those that could enormously benefit some of the poorest regions in India. A large part of tribal history in India for instance, has been affected precisely by such factors.

Historically tribal kingdoms in several parts of central and eastern India produced very advanced political arrangements, dynamic economies and intricate knowledge systems linked to forest resources. However, colonial era interventions disrupted these systems. One of the most tragic ones was connected to Mahua, a flower from a tree of the same name, which could feed families for several months during food shortage. The tree's medical and ecological virtues have been documented extensively. However the Mahua tree, mainly because of its association with the making of the Mahua spirit has been largely ignored in the modern economy. Not only that, the tree was virtually “criminalized” in colonial times because it came to signify tribal independence as British administrations were intent on making local labour dependent on distilled licensed alcohol, only so they could be pulled into a wage economy. Much like in Mexico with regards to pulque and Tequila - which incidentally - has managed to break through this history to become a hugely successful drink.

Such a state of affairs has delicate and sensitive cultural dimensions. As modern India continues to follow a colonial approach to the spirits industry, making it acceptable only to the privileged and a taboo for the poor, we lose out on several productive aspects that can otherwise transform large swathes of places that are getting eroded by economic stagnation.

If only things were different, then just like the vineyards of many European countries with their rural-urban integrated habitats, Adivasi India would also have produced its own distinctive, forest based habitats and a confident modern economy!

This piece appeared in The Hindu on January 6, 2018 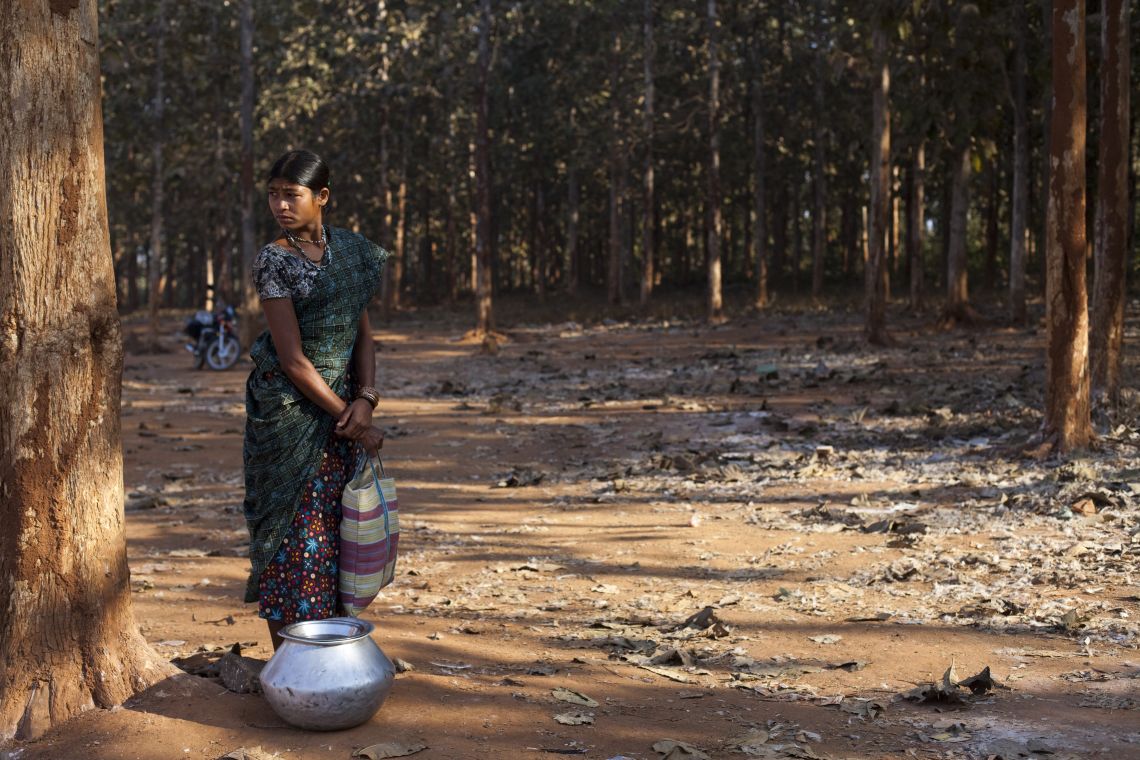 Mahua maker with her vat of a fresh stock in Sukma, Chhattisgarh. Photo by: Ishan Tankha