Fortunately, not all forces brought about by globalization are synonymous with cultural and economic homogenization. 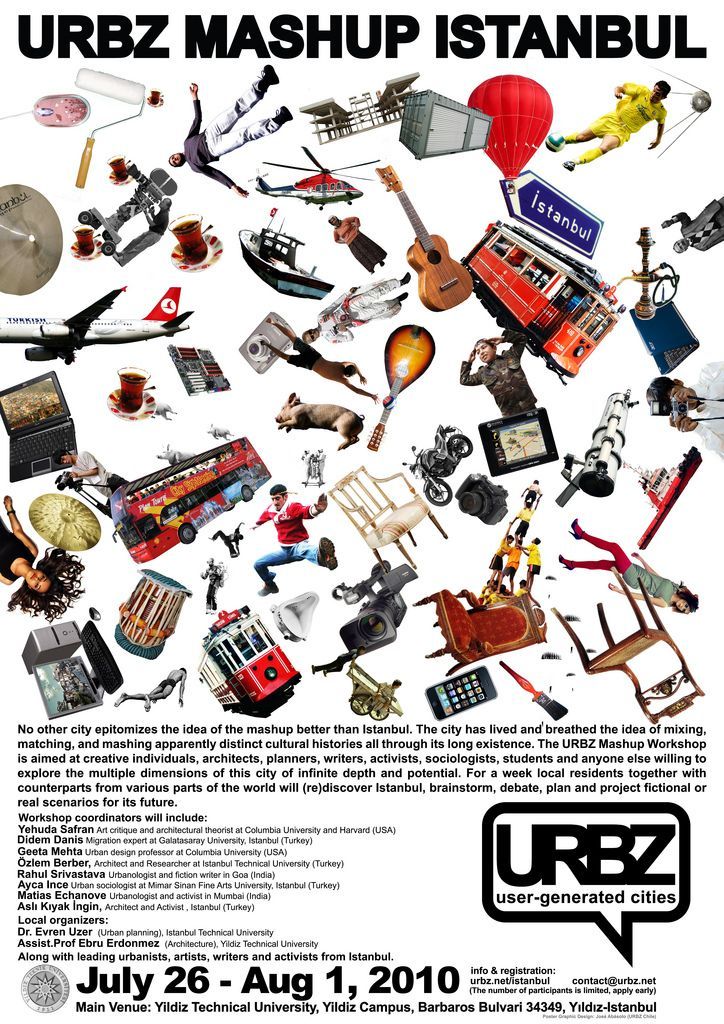 URBZ continues its experimentation with local knowledge production, collective creativity, individual expression and radical pedagogy in Istanbul with the Mashup Workshop, which will bring together local residents, travellers, thinkers, creators, doers and other enthusiasts in the neighbourhood of Sishane-Galata.

Just as many other parts of Istanbul, Sishane-Galata needs to redefine itself in a context that keeps on expanding. Well known for its bazaar-like atmosphere and tight social networks, Sishane-Galata is a not-so-global neighbourhood in a city that seems to constantly grow and stretch itself. Just as Istanbul is being celebrated as a global city at the centre of a vast sphere of economic and cultural influence, the same global, regional and metropolitan powers are forcing so many localities to redefine their functions and identities.

Fortunately, not all forces brought about by globalization are synonymous with cultural and economic homogenization. Sometimes the flows can be reversed and villages, small streets and local communities can send a feedback to the world. Like the bright light of a shining star, such feedback signals a singular existence, one among millions. Millions of neighbourhoods affirming themselves in the world, and all of them in their own way, providing a sense of their trajectories, which can serve as an inspiration to others.

The Mashup Workshop will serve as an eccentric instrument pitching and magnifying the voices of Sishane-Galata and bringing them to the world –or at least to the World-Wide Web. Rather than pledging to accurately reproduce local beats, workshop participants will mix them, mash them and tune them up to their own realities. The workshop aims at establishing a connection with the neighbourhood and its residents in the form of a creative dialog. In the process, local skills and knowledge will be used and investigated, along with those of participants from other parts of the world.

The workshop’s output will be a multimedia portrait of the neighbourhood and its broader context, using all forms of expression available, including video, photo, sound, design, drawing, fiction, performance, and painting. The material produced will be published on urbz.net and madeinsishane.com. The workshop will raise awareness locally and globally, promote the neighbourhood and its residents, assist them in their advocacy, and hopefully influence planning and policy-making.