Most Dharavi residents visit their native village at least once a year - even if they were born in Mumbai. Family meetings, weddings and festivals are the main reasons for their visits, besides many residents like to take a break from their busy lives in Mumbai. The connection of two different worlds that become possible through the emotional bond a migrant develops of his native place when he works in some faraway city or town. This bond soon evolves into a back and forth movement between the workplace and the native place, this phenomenon can be described as circular migration.Circular migration happens when individuals and families from villages and towns move to the city seeking upward mobility still retain strong ties to their villages while creating new communities in the city. With the new access to capital made possible by living in the city, many individuals can fund social initiatives in both their native villages and adopted cities.

Urbz has been doing work on circular migration since the last 5 years and has come out with a detailed research analysis from the Konkan belt in Maharashtra. Circular migration in Dharavi is rampant as we bring out the story of Ashok Kumar:

Ashok Kumar sits in his Dharavi office, a large portrait of his father, Vadival Seth – the founder of The Bombay Tannery – behind him. He tells us that he considers himself a Mumbaikar (or, of Mumbai) but maintains close ties to Pattamadai, his native village in Tamil Nadu.

Ashok’s relationship to Mumbai complicates conventional ways of thinking about urban migration. Narratives around so called ‘rural-urban migration’ in India and elsewhere are beset with the imagery of congested roads, overcrowded neighbourhoods, and inadequate infrastructure.

Vadival Seth, Ashok’s father, left Tamil Nadu for Mumbai in the 1950s. The son of a farmer, Vadival Seth found work in Dharavi as a labourer in a leather tannery when Dharavi was still part of the city’s periphery. Many of these tanneries were operated by Tamils and Vadival Seth was able to find work in an unfamiliar city through this loose network despite not knowing the local language.

Working 12-hour shifts, Vadival Seth learned the tanning trade and brought his wife and children to Mumbai. From a labourer working in a leather tannery, Ashok’s father worked his way up until he was able to open his own tannery in Dharavi. The family built a two-storey bungalow in Dharavi near the new tannery.

Ashok spent his childhood in Mumbai but was sent back to Pattamadai in 5th grade when the local school could no longer offer classes in Tamil. Ashok moved back to Mumbai after finishing school and became an apprentice in the Indian Railways. When his father passed away, Ashok took over the family business.

One of Ashok’s brothers moved back to the village to oversee the family’s farm. Ashok’s son works alongside with him and has started his own digital printing business in the neighbourhood, his other sons works as an engineer in Singapore. Though Ashok has spent most of his life in Mumbai, he maintains strong ties to his ancestral village – especially in December to commemorate the lives of his parents. He visits Pattamadai at least three times a year: travelling by train unless an emergency impels him to fly.

Ashok, along with other Mumbai-based members of his community, donated four acres of land in Pattamadai to build a hospital. Ashok also helped found a charitable school in Dharavi which takes in approximately 1,300 students from grade 1 to 10. He is the president of an organization (established in 1913) that represents members of his caste in Mumbai.

We asked Ashok if he brings goods from the city back to his village as gifts on visits. He thought for a moment and shook his head. Ashok told us that most of what you can find in Mumbai is available in his village – or at least a nearby town. But, the question reminded him of his brother’s wedding decades ago. At the time, Mumbai faced rice shortages. Any large quantity of rice had to be bought on the black market. Ashok’s brother’s wedding was to be held in Mumbai. To feed their guests, Ashok smuggled rice from his village into the city, hiding it inside tabla drums during the train journey back to the city.

Ashok not only had to adapt to the stressful Mumbai life but also needed to adjust to the newly introduced government regulations on his business.Dharavi is no longer on the outskirts of the city and new environmental laws have prohibited tanning raw leather. Now, Ashok imports semi-finished leather from Chennai and finishes the dyeing process in his workshop.

Ashok Kumar, a second generation Tamilian living in Mumbai, is fluent in Hindi, Marathi, Tamil, and English. He is an example of how circular migratory patterns create symbiotic relationships between village and city. While working in Mumbai, Ashok’s father created a family in his native village which was eventually moved to the city though never completely uprooted. Ashok returned to the village as a child when schools in Mumbai could no longer support an education in Tamil. While Mumbai offered financial opportunities, the village still held cultural and educational resources unavailable in the city. It was the rice from the village that made the wedding in Mumbai possible.

That Ashok helped build a hospital in his native village and a school in Mumbai is telling of the enmeshed and entangled relationships between village and city. With a sense of community in both places comes a sense of responsibility to both areas. Migration in India can remain circular in part because of India’s extensive and affordable railways: allowing migrant workers to return home during festivals and work vacations.

As our interview came to an end, Ashok suggested a tour of his tanning facilities. He led us across the lane to where his leather is dyed and stretched. On the way, he lightly chastised a man for spitting chewing tobacco on the path. Urban migrants do not crowd and congest a city, they adapt to the urban landscape, putting their hometown and adoptive city in dialogue. Similarly, urban migration is not a straightforward story of men and women leaving a village for a city, it circles back and forth for generations: creating new opportunities in both city and village. 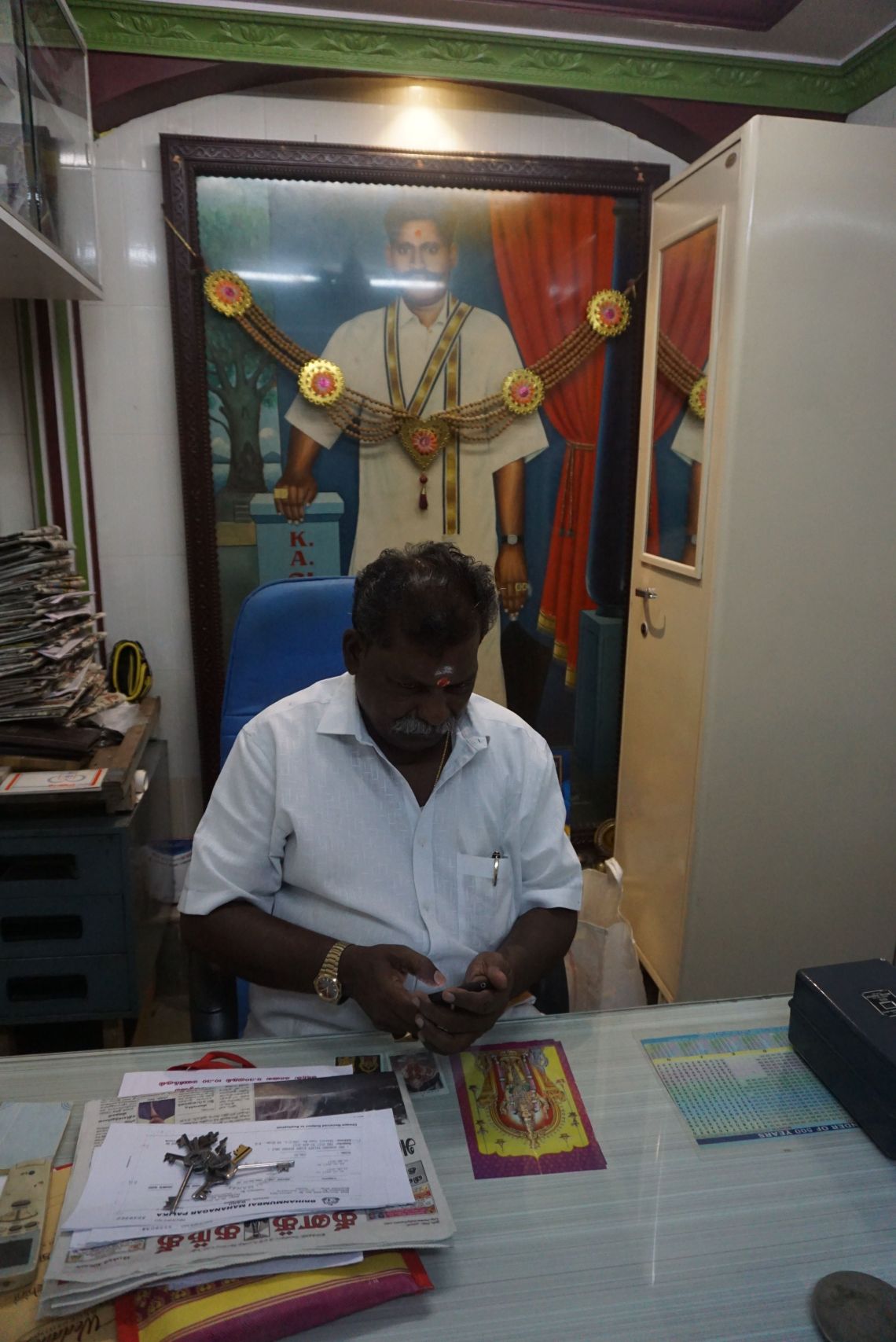 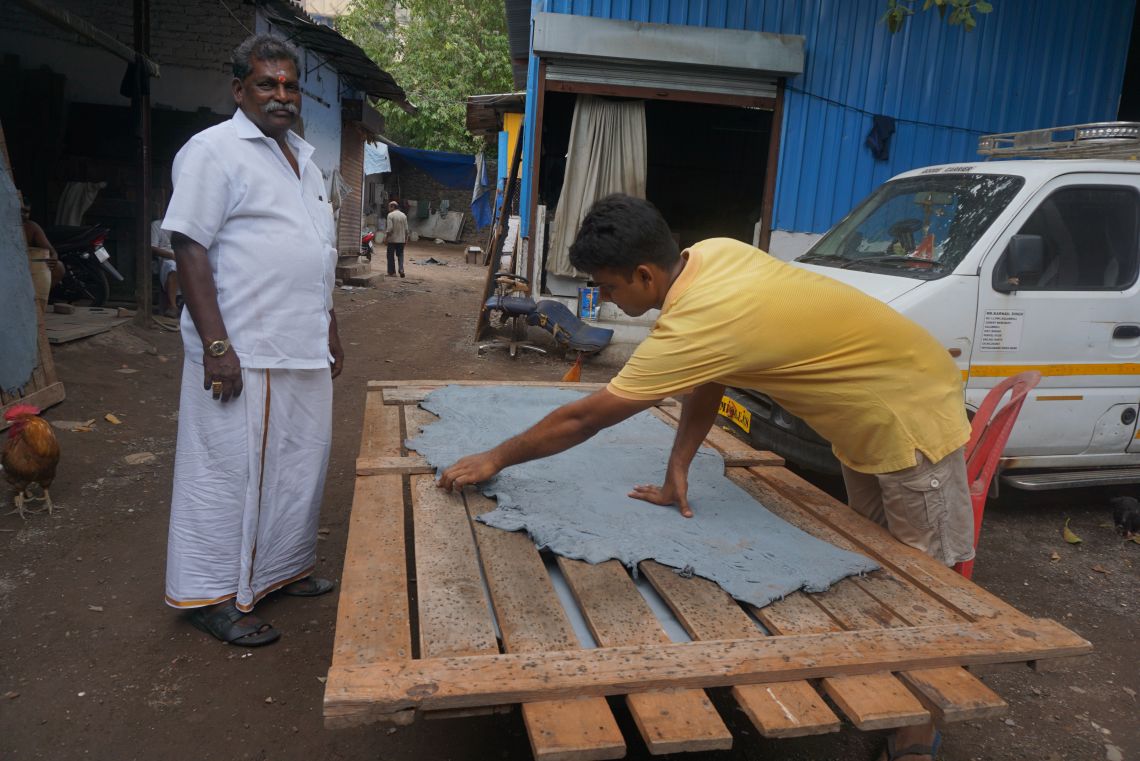 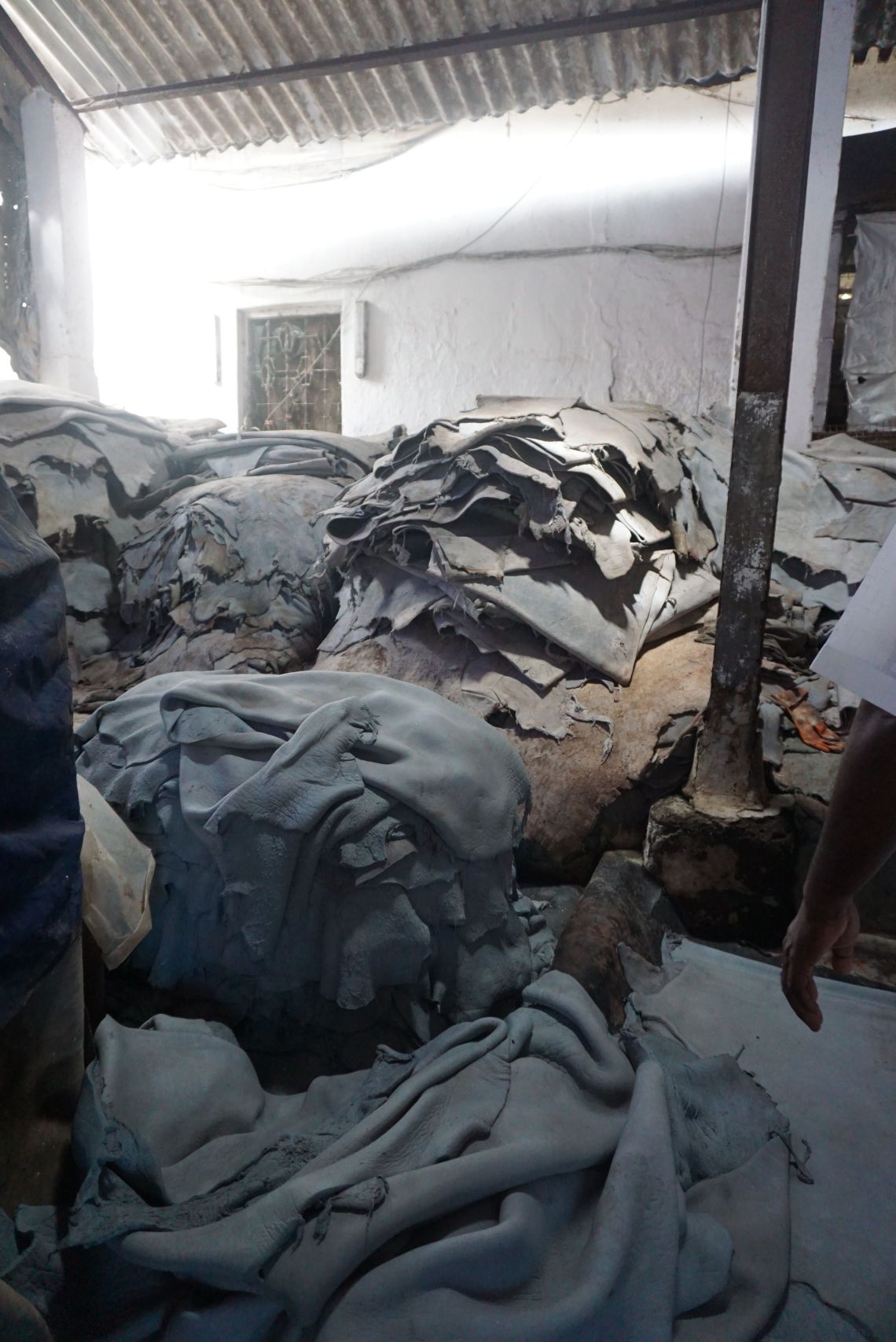