urbz joins the collective Incompiuto and the Architecture of Shame platform to reclaim an unfinished train station and railway track in the the South of Italy.

The European Capital of Culture programme was established in 1985 at Athens. Its intention was to bring Europeans closer together and raise awareness of the richness and diversity of their common history and culture.

Every year, the EU selects two sites and anoints them as European Capitals of Culture. These cities usually get considerable cultural and economical benefits from the nomination. The move can potentially foster urban regeneration and raise the image of the cities internationally.

In 2019 Matera, Italy, has been selected as one of the two European Capitals of Culture.

Matera has come a very long way with regard to its image.  A visit in 1948 and 1950, by Palmiro Togliatti and Alcide De Gasperi, respectively the president of the Italian Communist Party and the italian prime minister of that time, saw it being described as “the shame of Italy”. These were only two among several other visitors from the political, artistic, anthropological worlds who visited the city of Matera after the publication of a memoir by Carlo Levi in 1945,  “Cristo si è fermato ad Eboli”. Levi described the poverty and insalubrious conditions that then characterised the life of the people living in the caves of Matera (I sassi) and the Basilicata region. His work brought  awareness to the general conditions of poverty in southern Italy.

Matera has come a very long way with regard to its image,  seeing it being described as “the shame of Italy".

This has sparked a dramatic transformation of the city’s social and urban fabric. Thousands of people were forcibly evacuated from I sassi and after in part relocated into modernist neighborhoods, one of them being the district of La Martella. Today, nothing remains of those dark times of deep poverty and social misery. Thanks to an ongoing recovery, the Sassi overcame the label of being a shameful place and was even listed by the Unesco as a World Heritage site in 1993.

Yet, as part of the cultural program of Matera 2019 European Capital of Culture, a research group called Architecture of Shame plays on the history of this label to investigate relationships between architecture and shame, setting up eight thematics and raising two main questions: Do places labelled “shameful” possess an unacknowledged potential? And inversely, should we not feel ashamed of some of the places that are seen as perfectly normal and acceptable?

urbz was invited by Incompiuto and Architecture of Shame to explore these questions, of how we can “Stand by shame”. The topics deal with the presence and identity of unfinished works in Italy in particular and Europe in general. It aims at revealing the forms of this phenomenon and of the potential hidden in shameful and shameless sites.

After the forced depopulation of the old town of Matera, the district of La Matella was created to host the evacuees from the Sassi. This new town was developed thanks to a famous urban intervention carried out by figures such as the entrepreneur Adriano Olivetti and architect Ludovico Quaroni.

The failure of a major railway infrastructural project backed by the EU, to link Martella with the neighbouring town of Ferrandina, has resulted in Matera being the only provincial capital in Italy without a public railway connection. Since 2008, Matera and La Martalla have one more new “shameful” inheritance, an unfinished station and 29 kms of unused infrastructure. Incompiuto documented this leftover infrastructure and wants to bring it into the limelight. Not only by denouncing the tremendous waste that it represents, but also by showing how it could serve the public, as a major infrastructure, with or without the train.

Incompiuto is both a collective and a project, which has documented incomplete public buildings and infrastructures all over Italy over the past 10 years. They have identified over 500 such projects and estimate that there are another 1500 more in Italy alone. Incompiuto was created by the artistic collective Alterazioni Video, and the architectural office Fosbury Architecture.
They argue that “L’Incompiuto” (the unfinished) is the most prominent architectural style in Italy after the second world war, an interpretative paradigm of contemporary Italian architecture.

“L’Incompiuto” is the most prominent architectural style in Italy after the second world war, an interpretative paradigm of contemporary Italian architecture.

Incompiuto, in collaboration with the Dutch collective Failed Architecture, was asked by the Architecture of Shame platform to address the topic “Stand by Shame”, in the context of Matera’s nomination as the European Capital of Culture. Incompiuto wants to use this opportunity to complement its activist research agenda on incomplete infrastructure with an action research arm, with the purpose of opening hundreds of contemporary ruins throughout the country.

Incompiuto organised a summer school and a workshop in Matera with the intention of bringing the old railway station and tracks back to life. They have invited urbz to join their effort and help them put together a creative and participatory process that will run through 2019.

urbz has worked on user-centered development strategies for years in various countries, and will join the Incompiuto collective to investigate how shame can be turned into pride, through hands-on initiatives, creative participation of all those involved and a celebration of the place. 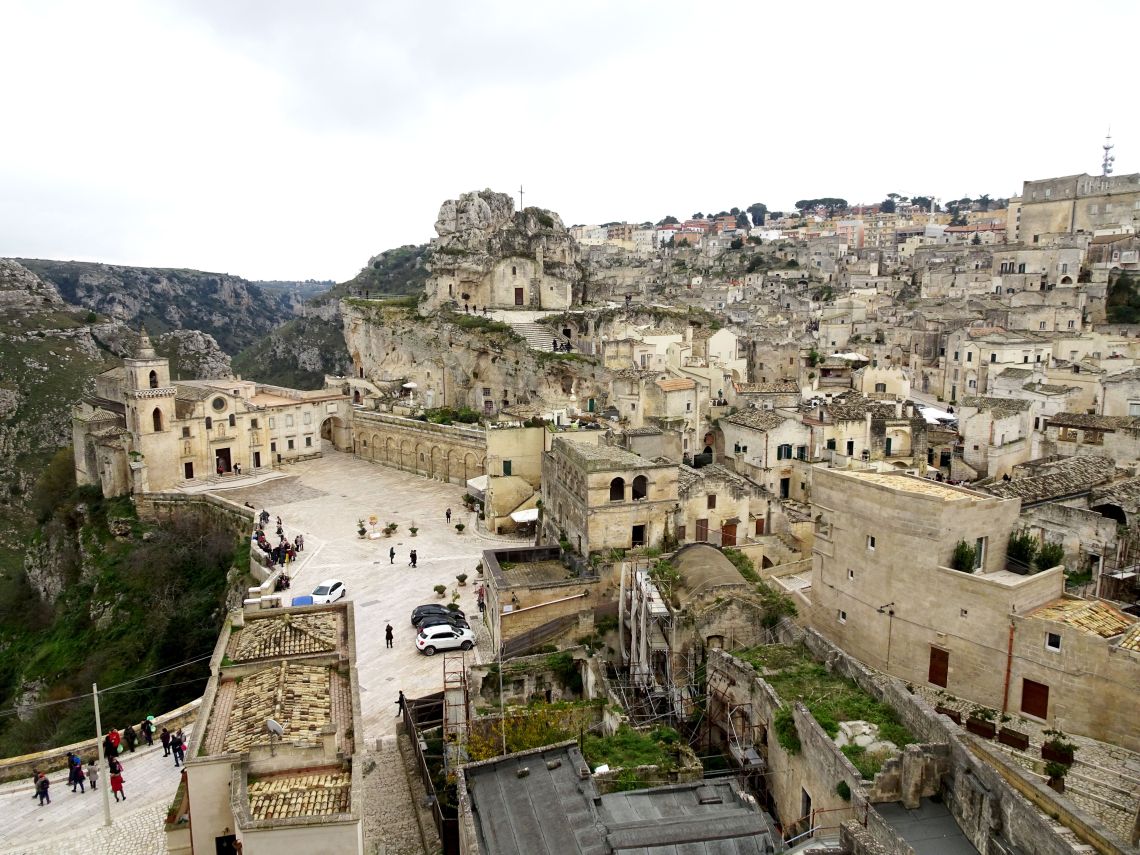 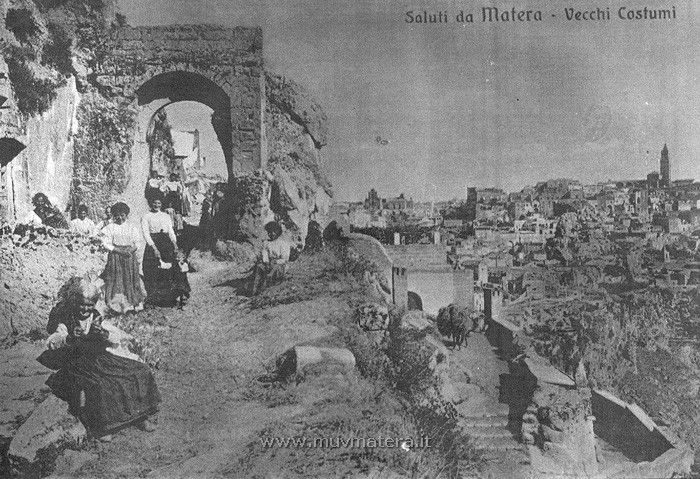 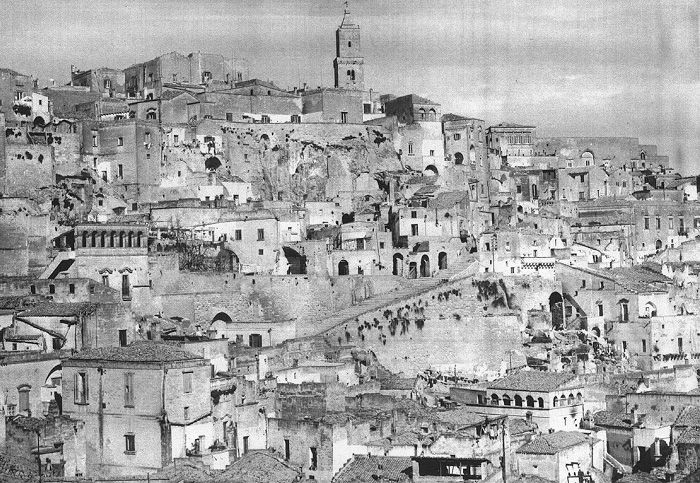 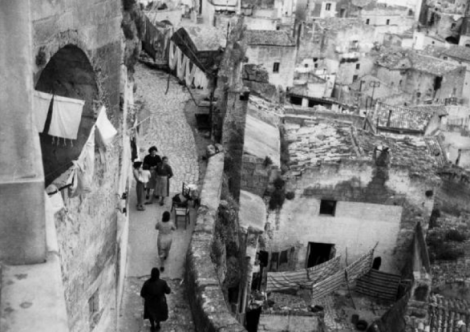 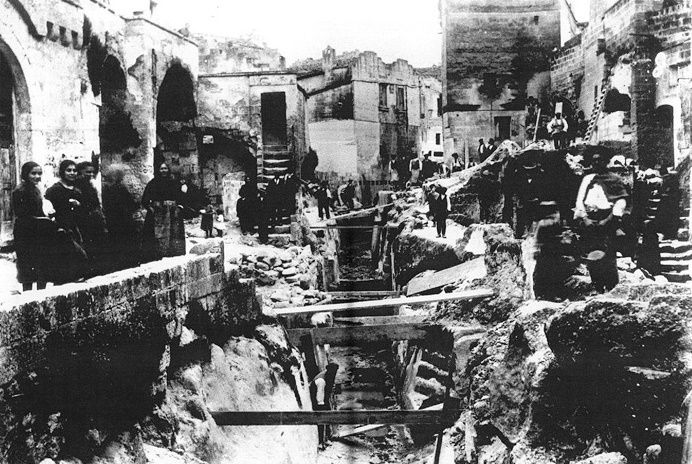 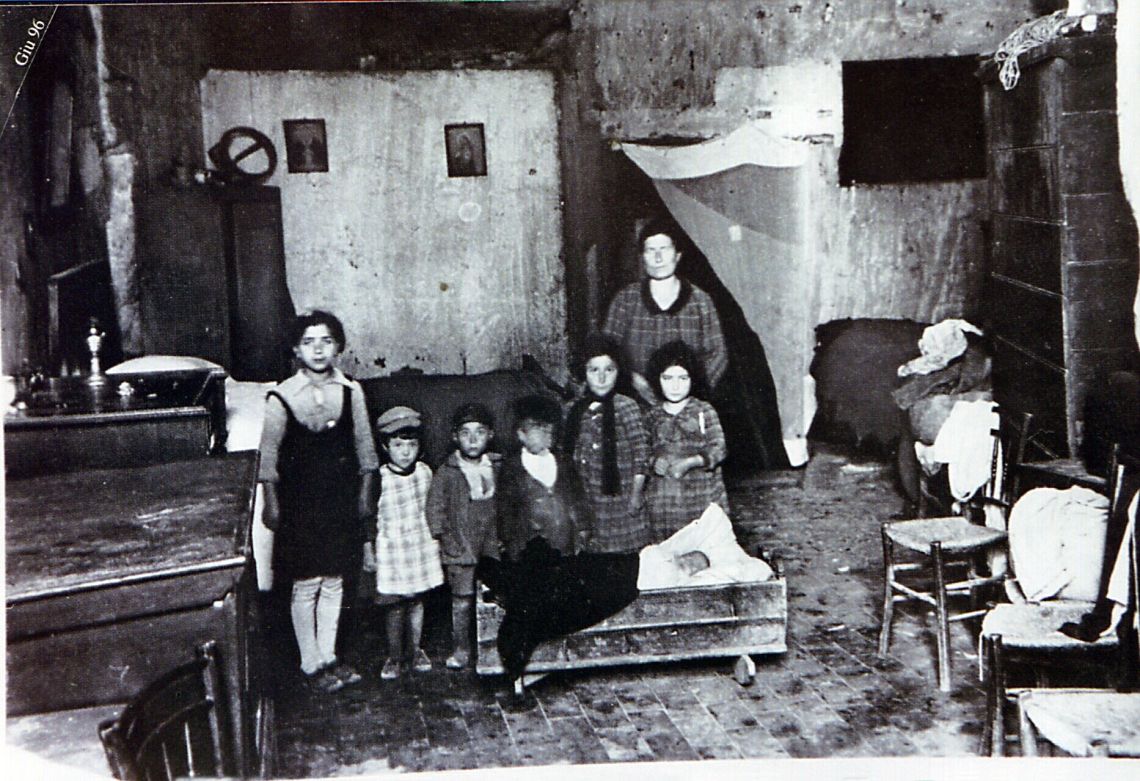 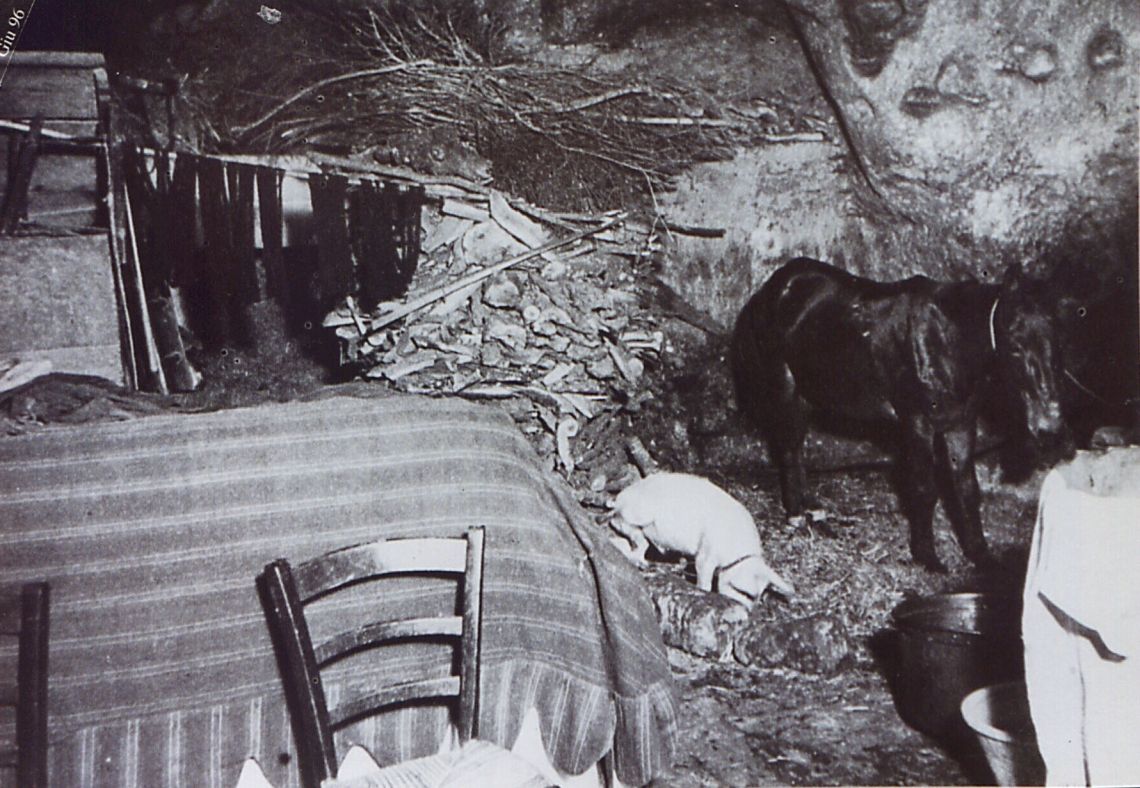 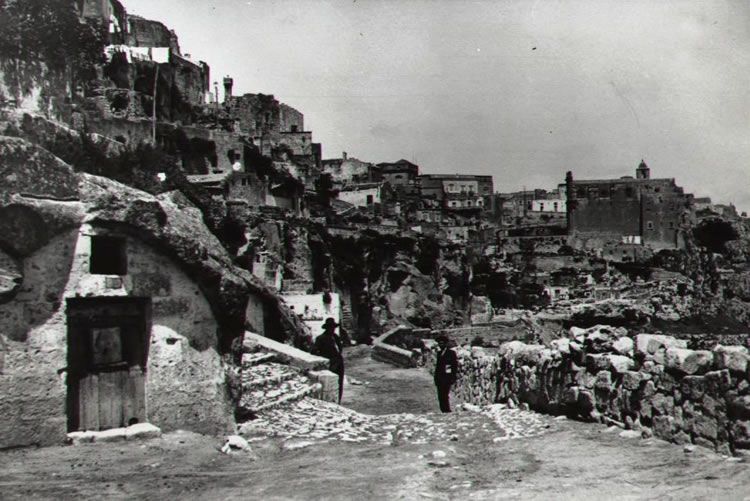 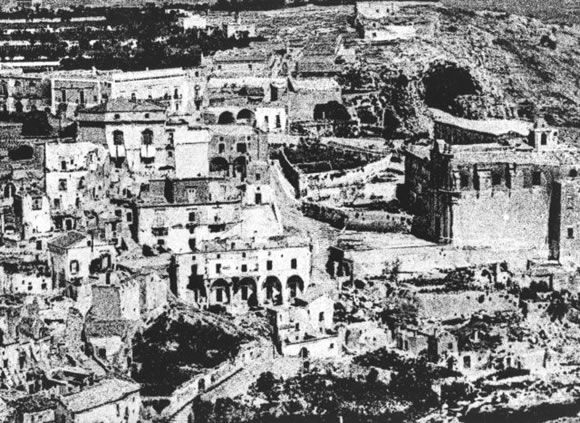 Historical pictures of the city of Matera. Source: muvmatera.it 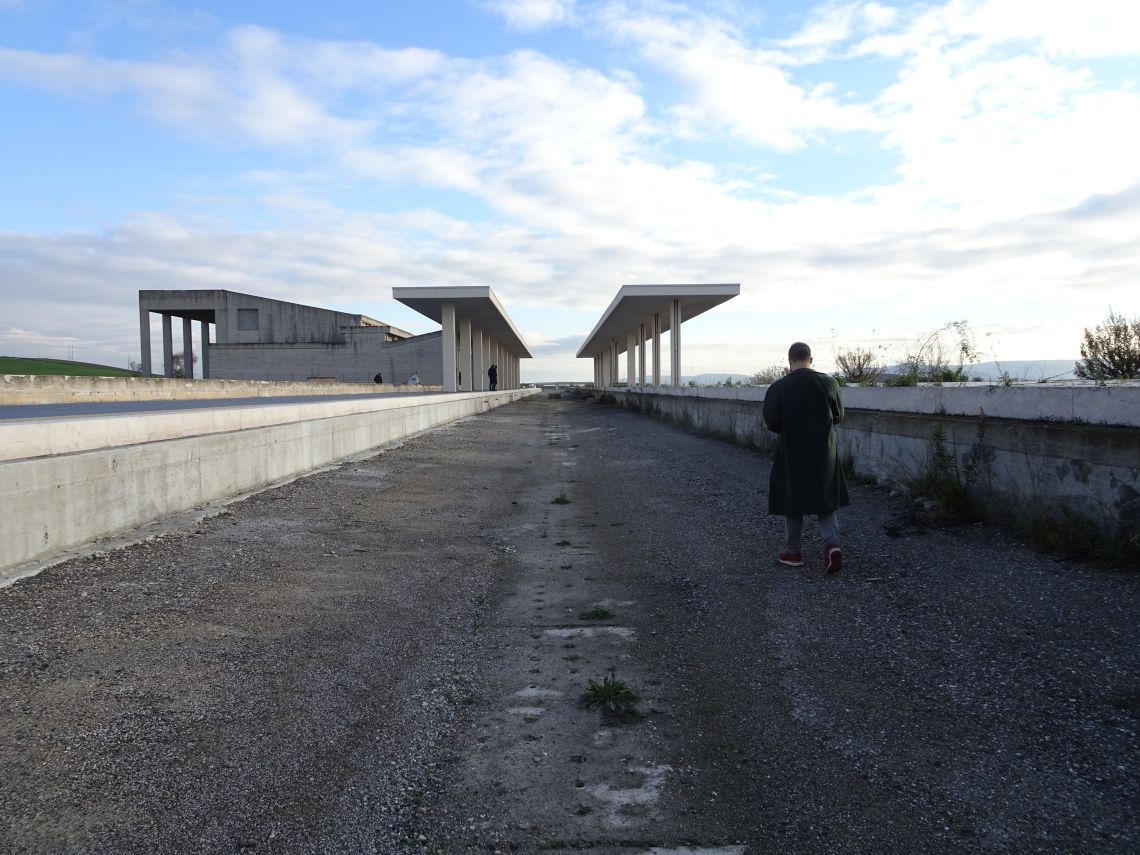 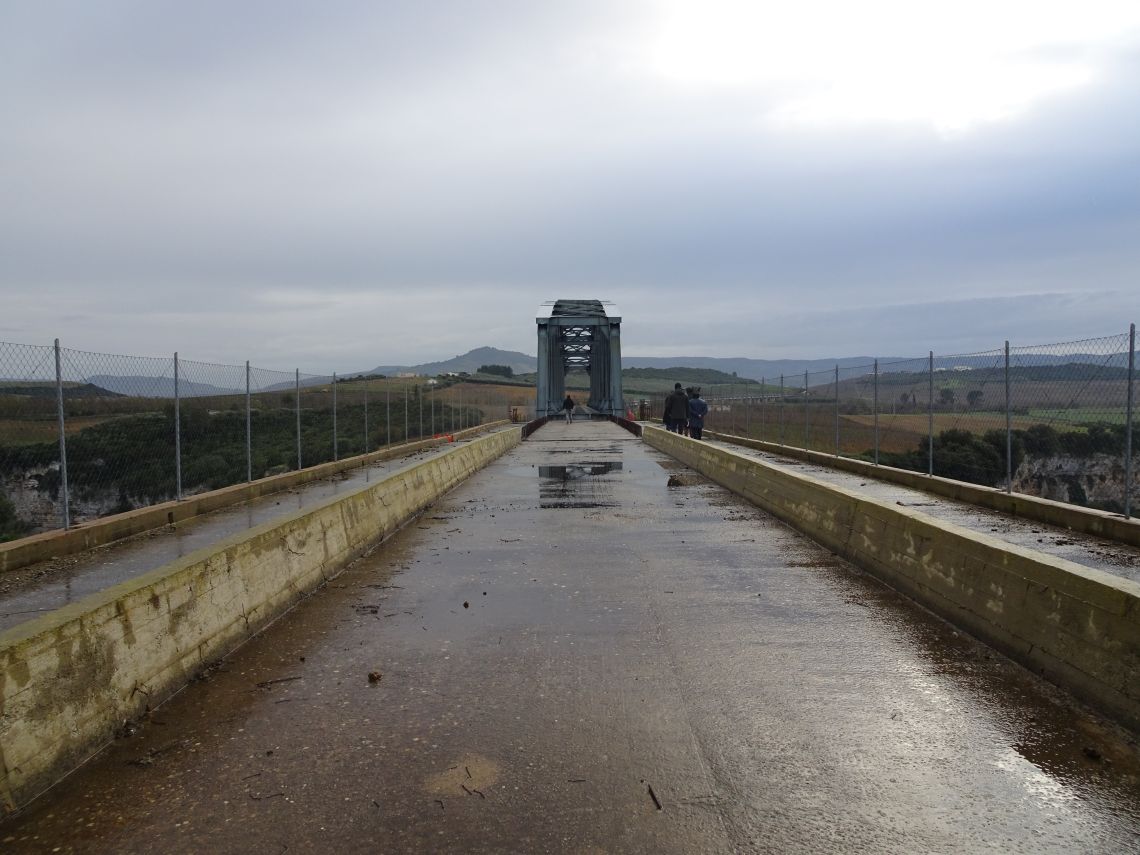 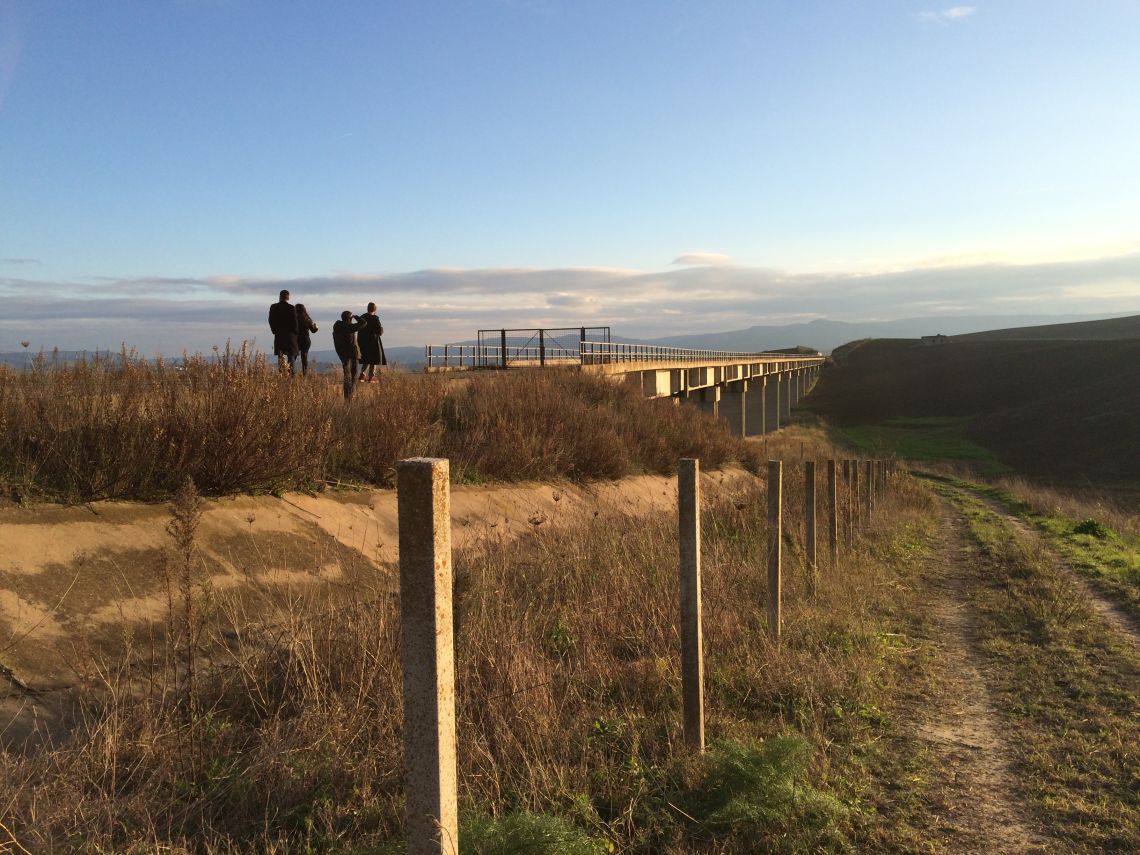 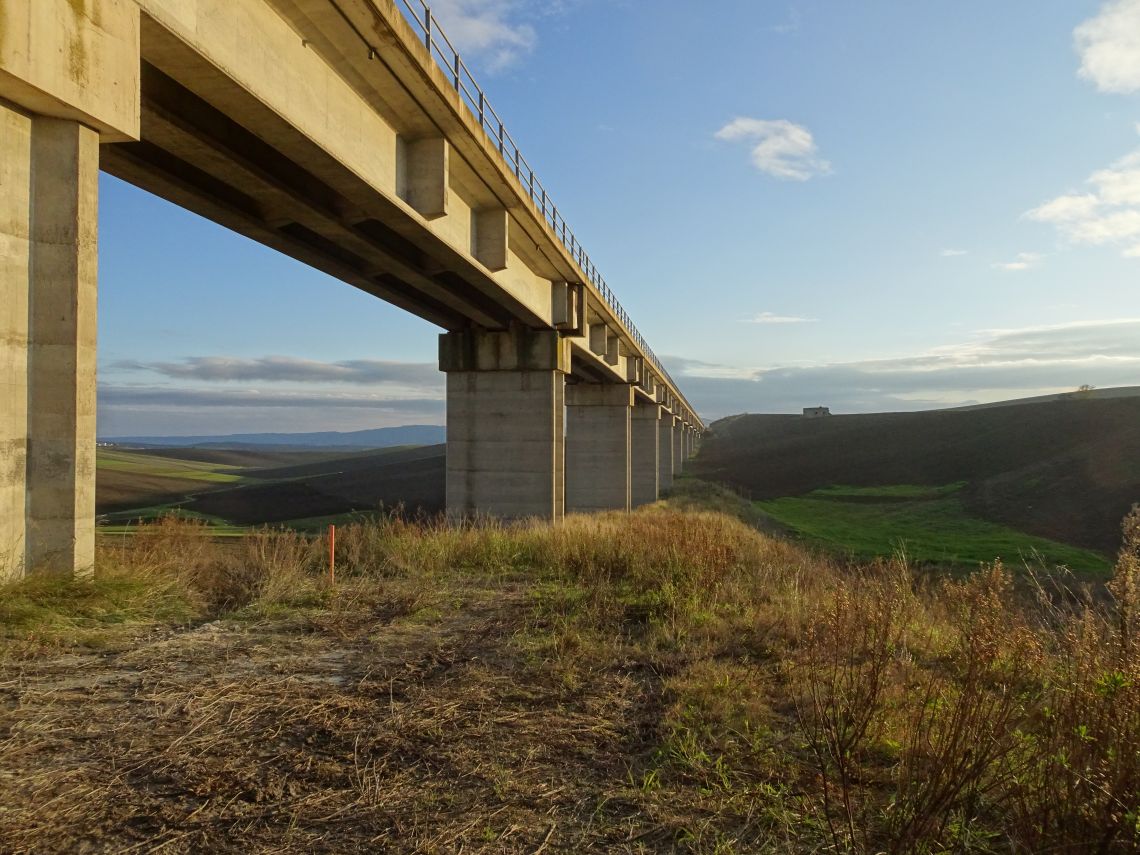 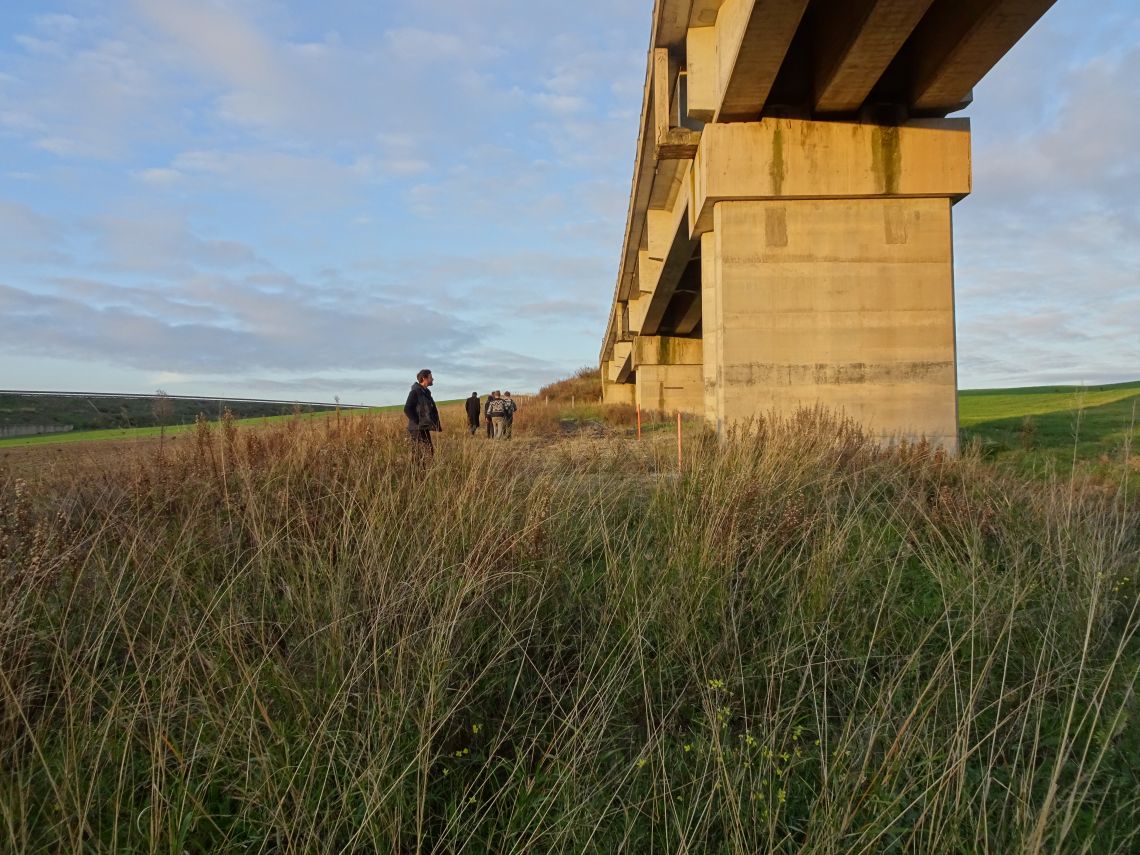 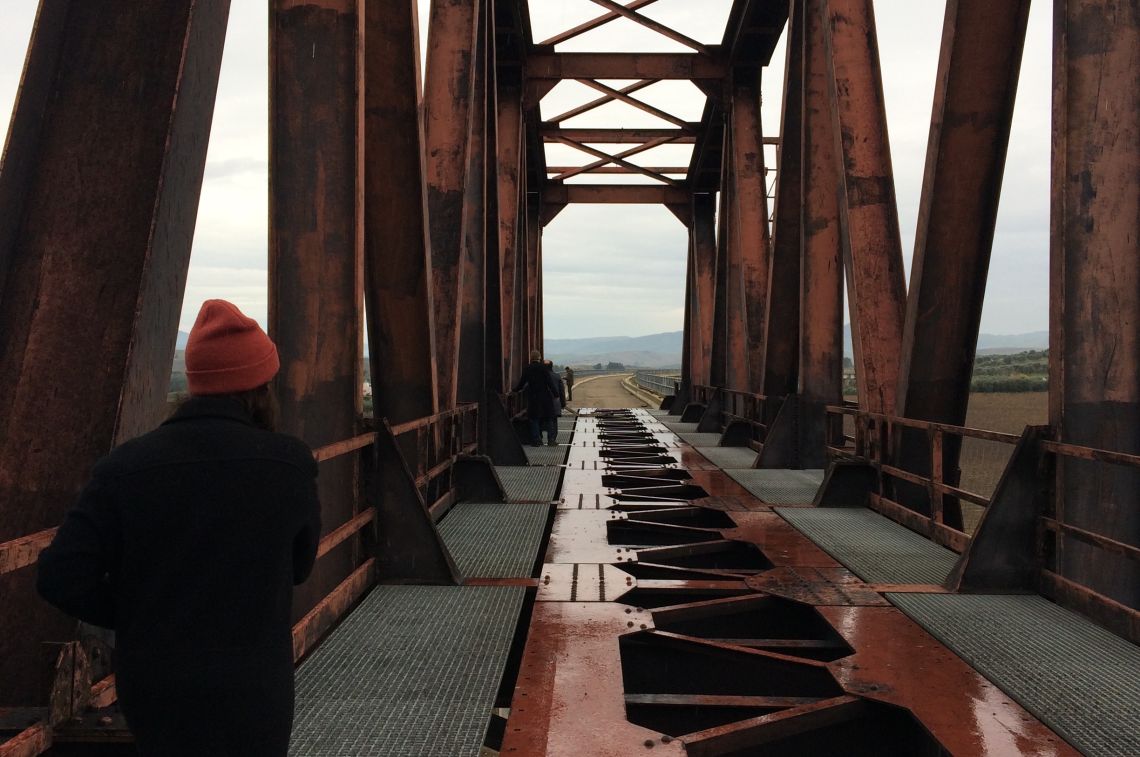 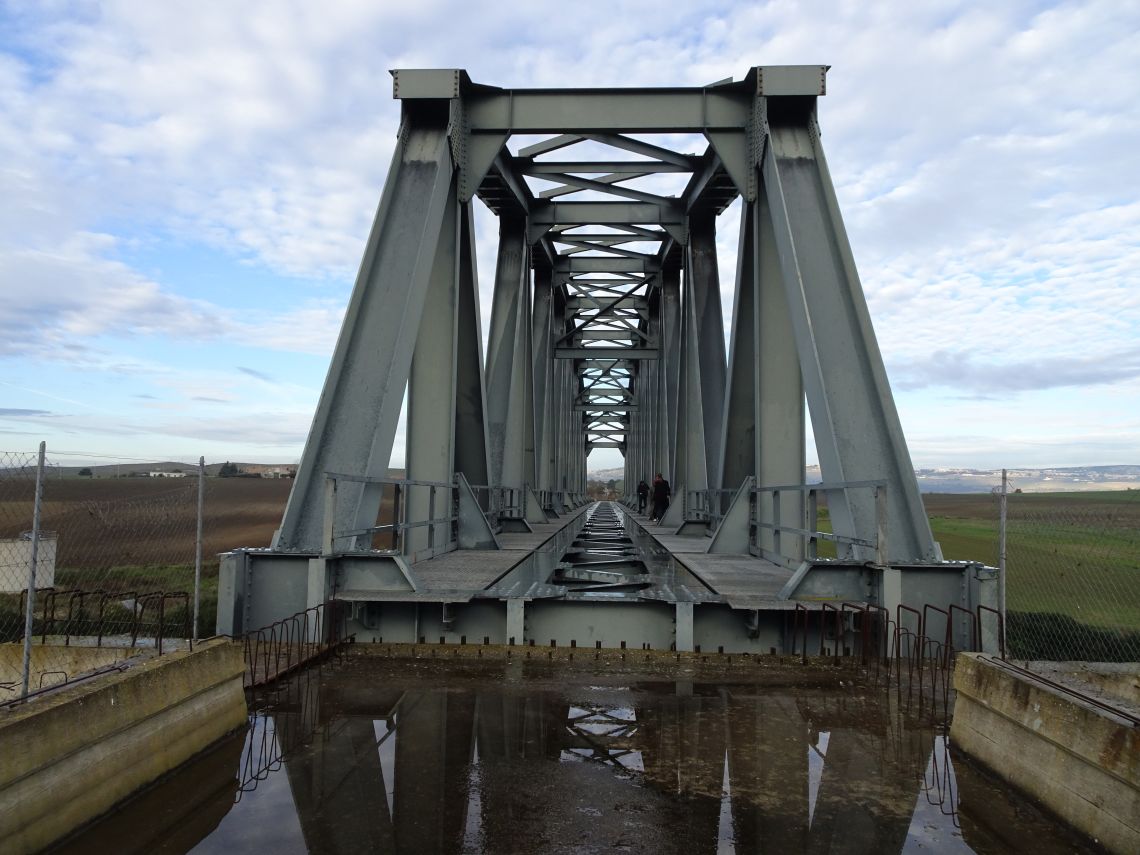 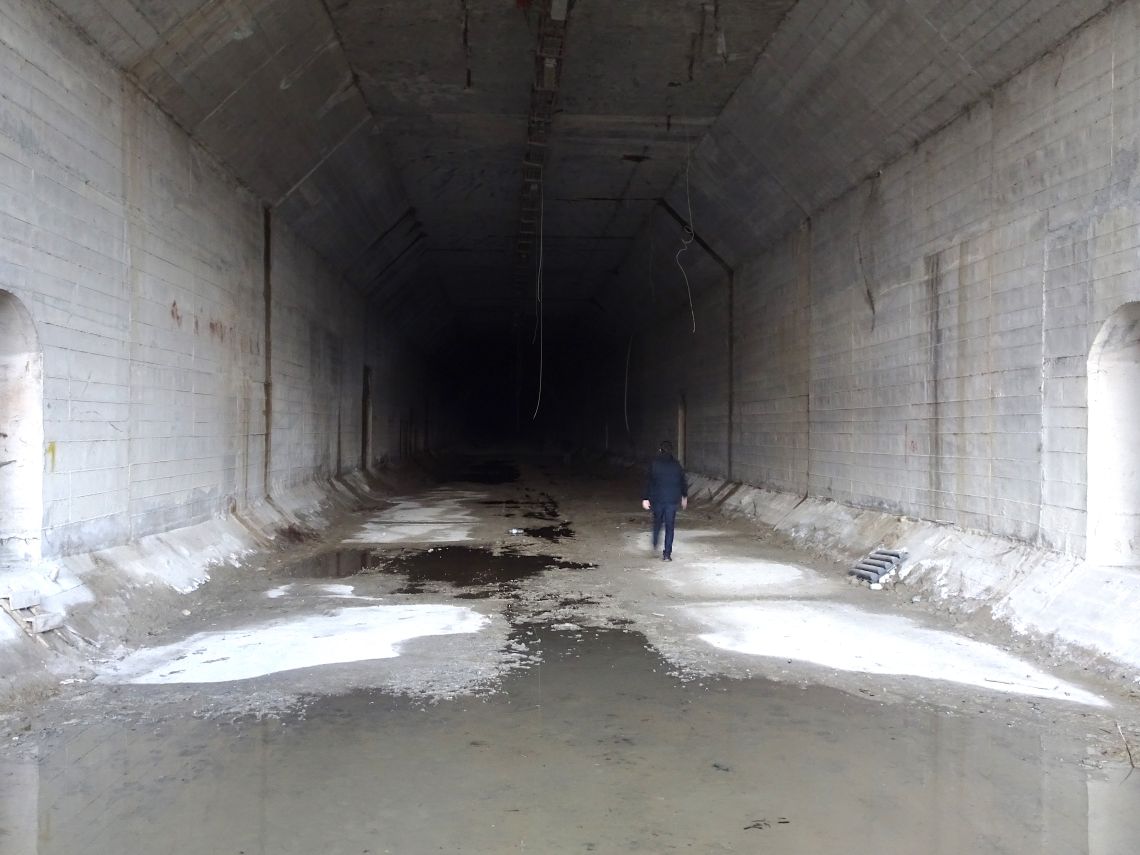