Hillsides are being clear-cut for resorts and vacation homes. Concrete skeletons of future faceless flats line the highways, already looking dilapidated from the rains. 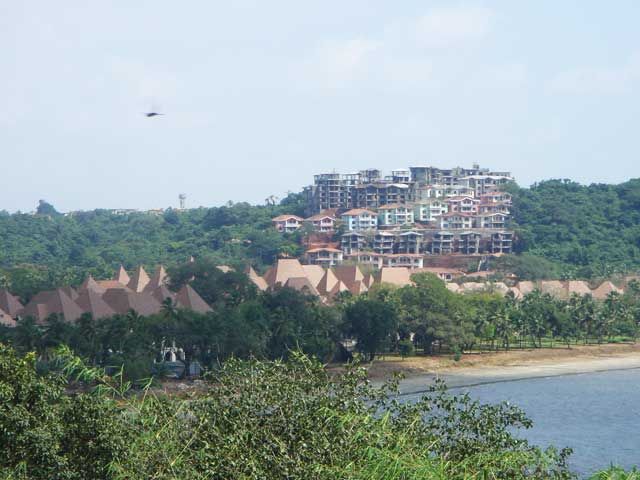 In Goa, the small Indian state and popular tourist destination where I did my research internship with URBZ, it does not take long to see that speculative real estate interests are invading. Throughout Goa the signs of growth are everywhere. Hillsides are being clear-cut for resorts and vacation homes. Concrete skeletons of future faceless flats line the highways, already looking dilapidated from the rains. It is difficult and unrealistic to argue against all types of development but what is being done in Goa seems to be done with little consultation with Goans.

The history of this serene locale is unique. Goa was initially colonized in 1510 by the Portuguese. Essentially cut off from the rest of India by mountains and alluvial plains, Goa remained relatively isolated until 1961 when it was finally absorbed into India.

The Portuguese legacy is seen in both design and culture. Conversion to Christianity, initially started by the Franciscans, was taken to a new level by St. Francis Xavier and the Jesuit Mission. Money poured in from Portugal during the Inquisition to convert native Goans. Laws were introduced that censored literature and banned any other faith. Hindu temples were destroyed and converted Hindus adopted Portuguese surnames.

The times of Portuguese domination are long gone but now Goa is witnessing a new type of conversion: land conversion. Money is pouring in from developers and speculators around the world. Goa’s unique environment has made it a hotspot for speculative real estate and the discontent amongst local Goans is palpable. The following quotes were taken from a local blog and newspaper:

“Goans are being pushed to the wall by the abusive economic interests who are causing irreparable damage to the environment and the ethos of Goa. And the Government is crawling when asked to bend by the vested interests. It needs a wake-up call to be told that ENOUGH IS ENOUGH” –Save Goa blog.

“Real estate is coming up in a very big way in Goa. But the second homes for the rich are dislocating our lives and our only homes.” -Sabina Martins, convener of the Goa Bachao Abhiyan.

Many of the new developments are done at a high cost environmentally and socially. Developers with enough money seem to bypass the laws that forbid building on steep slopes or near sensitive shoreline ecosystems. When the legality is questioned the necessary paperwork seems to conveniently go missing.

In Vanxim, a small island community near Panjim, citizens are protesting the sale of large portions of land by the Archbishop of Goa to Mahendra Gaunekar. The proposed resort development affects the homes and lives of sixth and seventh generation Vanxim residents as well as agricultural land and an ecosensitive zone. The development is being met with opposition locally and nationally. A local fisherman commented, “the moment people come from outside, the peace and quiet will change.”  Residents have taken the case to court and are hopeful that the laws will be enforced so the land remains in its current state. 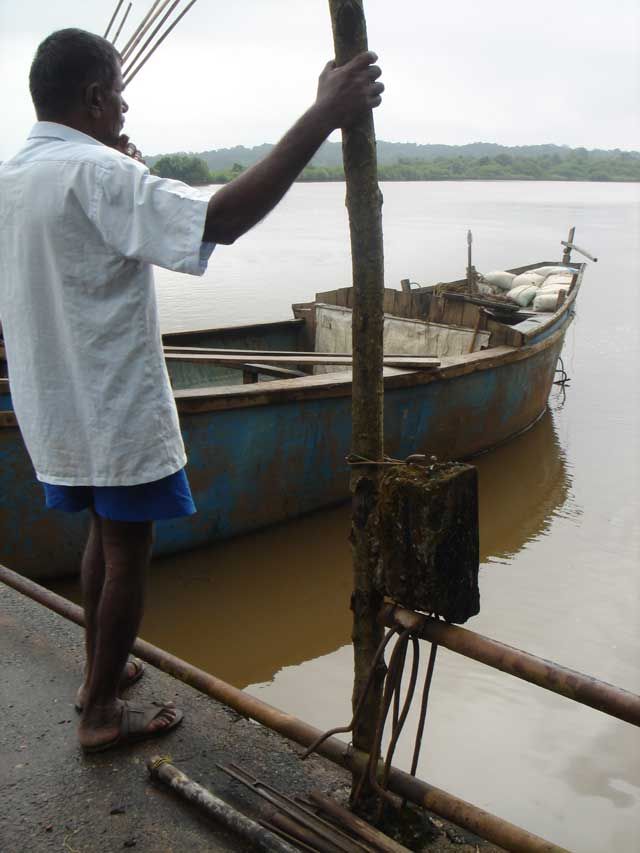 “The moment people come from outside, the peace and quiet will change.”

Unfortunately Vanxim is just one example of a story happening all over Goa. Terekhol  is facing a similar problem. A hotel developer from Delhi began trying to acquire land in the village in 2007. Villagers claim that they were tricked into selling nearly 25 percent of their village for a future golf course. Meanwhile, further south in Bambolim, protests over Aldeia de Goa have been happening for years because of an obvious violation of Coastal Regulation Zone (CRZ) laws.

Outside investment is undoubtedly taking precedent over local interests. This is a story seen in communities around the world. Do we have to accept this as an inevitable cost of progress?

After only a month in India, I cannot pretend to understand the intricacies and complications of development in Goa. What is clear to me though is the fact that development is occurring against the will of the people and the laws put in place to protect Goa’s unique environment. Trained as an urban planner I often find myself looking to the work of Jane Jacobs for guidance. She once wisely said, “Cities have the capability of providing something for everybody only because and only when they are created by everybody.”

The parties involved in development are in need of a productive dialogue. In an attempt to incorporate developers, activists, and citizens I am creating an interactive map. The Goa Development Tracker is the first attempt at a tool to map the development and violations occurring around this great state. Anyone can fill out the web form and request to add a development, or comments on a development to the map. A moderator will filter comments to curb abuse and periodically fact-check the additions. When it is up and running, the map can serve as a place to record developers’ projects and citizens’ comments and can thus serve as a central information source to keep everyone informed on current projects and development trends. Since the official map using Google API is still in the works, an initial prototype can be found here: www.zeemaps.com/Goa_development_tracker.

The type and scale of development happening in Goa today threatens homes and livelihoods as well as the very environment that makes Goa a desirable location. It would be naïve to try to stop all development but there should be ways to make companies stick to the laws meant to protect Goa’s people and the environment. The Goa development Tracker may be one forum in which we can start a dialogue.