Weeks of conversing with street vendors of all kinds, documenting and networking with them translated into a most unusual workshop series inaugurated last week in Dharavi. 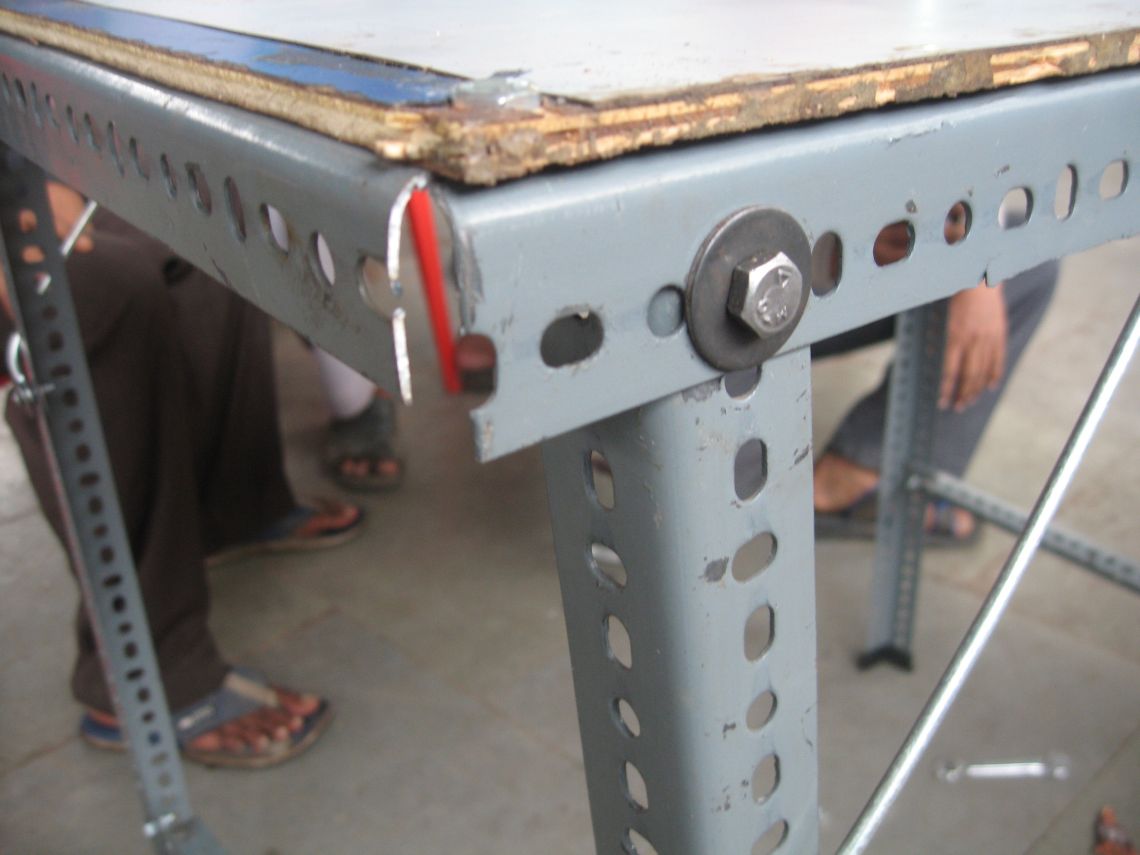 The Dukaan Workshop took place in Dharavi, Mumbai on June 13, 2010. The article below was published in the Mumbai Mirror on June 16, 2010

Have you ever looked carefully at the little fruit shop jutting impossibly out of the corner down your street? Or the paan wala perching precariously on a tiny piece of real estate sandwiched between a bus-stop and a compound wall? Or the condensed universe of a cobbler in a tiny crevice in an invisible part of the city seemingly impossible to inhabit? What unifies them all are the most astonishing design elements that have evolved over practice by the concerned artisans or street traders, who have managed to sculpt space for from thin air. As often happens we take these things for granted – unless you are part of the design and architecture world in which learning from these practices makes you watch carefully. However few allow themselves to learn from these moments – because prejudices come in the way. Instead of appreciating the creative modes of survival we dismiss them in a larger story of encroachment. Even though everyone knows that the real culprit are often the extortionists who collect hafta and keep the hawkers on a tight leash of uncertainty.

Once when you are driving down the empty roads (relatively speaking) late at night to the airport or railway station, pay some attention to these spaces – tiny cupboards hanging from walls and trees, tool-boxes tucked away between street corners and buildings and plastic bags containing entire worlds.

When Llorenc Boyer and George Carothers – urban practitioners working in the city – decided to follow up on suggestions about these amazing spaces and learn more from them, one was not quite sure where this would lead. But weeks of conversing with street vendors of all kinds, documenting and networking with them translated into a most unusual workshop series inaugurated last week in Dharavi. Christened the DIY Dukaan –( Do It Yourself) the series saw residents like Shaukat Ali and other traders from the neighbourhood to improvise existing design needs responding to new ideas and suggestions. What followed was a most intriguing day in which steel pallet racks, bamboos, pieces of plywood, wire meshes, nuts and bolts were brought together to morph into the most unexpected models for street vendors to use. What seemed to be in great demand were portable structures that could fold up so they could escape the municipal vans harassing their perfectly legal activity. Or ones they could store their stuff and take home in. Participants got to know that there are legally permitted structures measuring 2 by 3 feet which the BMC allows anyone to use to trade goods, provided the space is proportionate to public use of pavements.

Eventually the very act of taking that little structure seriously opened up many questions about trading on the street, balancing needs of public spaces and the creation of legitimate networks free from state extortion so that the city’s millions of entrepreneurs can do their thing in a way that helps the city at large.

At the end of that hot, humid but exhilarating day two neat little models emerged – one that was a simple foldable table that could be hung on shoulder straps and the other a box that could store material, open up into a structure to sell goods and which could grow into taller spaces allowing for protection from rain and sun.

The sheer explosion of ideas and energy that preceded and followed the creation of these little artisanal wonders convinced all observers that this could well be the start of a new journey to make the city and its special needs the basis for practical and effective interventions. There are certainly many waiting for the next session in the workshop series.

Click here for another article on the Dukaan Workshop by Malvika Tegta published in DNA on Saturday 12, 2010.