The Mumbai chawl has been the subject of movies, literature and songs, all of them infused by a plethora of varied emotions: nostalgia, love, shame, celebration, sadness - each representing a particular facet of living in one. These ground to five storey structures, with their long corridors teeming with family life, along rows of tiny rooms that could pack in a village, are a distinct urban typology, a top choice for architecture students documenting the city’s diverse built forms.

The chawls do have a few close cousins elsewhere. The typology of the Casa di ringhiera in Italian cities at the turn of the previous century or the Corticoes in Brazil for example, served a similar purpose. They were toeholds for migrant groups not quite sure of their place in the city. A city which grudgingly gave them occupancy rights, in return for their labour and services. In terms of origins, they have “army barrack” roots which became the basis for working class tenements, as described by Frederick Engels in his classicThe Conditions of the Working Class in England (1845).

In Mumbai, their community-friendly structure were appropriated and localized in special ways. Its use had the capacity to expand space and absorb the entire neighbourhood.

Chawls symbolize that special dimension of India’s distinctive form of rural-urban migration - circulatory movements. In Mumbai they reverberated with many lives; of people working in the city to those living in far of villages down the Konkan coast but who were an intrinsic part of the city’s cyclical labour flows, documented in detail by historians Raj Chandvarkar, Neera Adarkar and Mina Menon.

Chawls were  part of a larger universe of similar structures in Mumbai – lodges dedicated to seasonal workers and businessmen from coastal Karnataka for example. Like the New Vasant Ashram near Crawford Market that has been beautifully restored by the family. Or the Goan kudds that provided accommodation to villagers from Goa in their very own, shared dormitories managed by fellow villagers. Almost, each village or hamlet from that state had its own corner in the vast urban megalopolis that shaped their lives. Or the musafir khanas near the docks that were originally part of the Haj tour pilgrimages and are now integrated into the local hospitality industry.

What all these structures have in common is serving the needs of accommodation for the seasonal migrant to the city who invested in business and life here but never gave up their point of affiliation to the native land.  The chawls represent a very important convergence of two distinct and related needs – that of accommodation and housing – the former very much in sync with a city’s hunger for labour without necessarily waiting for people to be absorbed completely to settle down into their "own" homes.

It also represented the Indian urban resident who worked there without completely giving up ties with villages of origin. This is an integral part of Indian’s urban history. Even today, many Indian towns and cities see local entrepreneurs serving specific needs of accommodation of seasonal migrants by creating hostels and dormitories, usually by evading dated civic rules that don't recognize this need.

What is even more striking is how the chawl typology has been reproduced even in small villages and towns in the hinterlands. In Kotluk, Ratnagiri, a small coastal village growing rapidly on the intersection of aggressively expanding roads and highways, local businessman Mohite has designed a version of the Mumbai chawl for seasonal migrants who come to this tiny hub from places as far away as Rajasthan or Bihar. Some of his regular clients are members of a nomadic community who come to the region to provide weaving services for baskets and brooms. They are happy to rent rooms for three to four months every year with access to basic civic infrastructure.

From servicing the needs of seasonal migrants in the metropolis, to becoming part of the local typology at the other end of the metropolitan spectrum, the village - is quite a significant journey. It speaks volumes for the continued relevance of this urban form.

This piece appeared in The Hindu on February 2, 2018 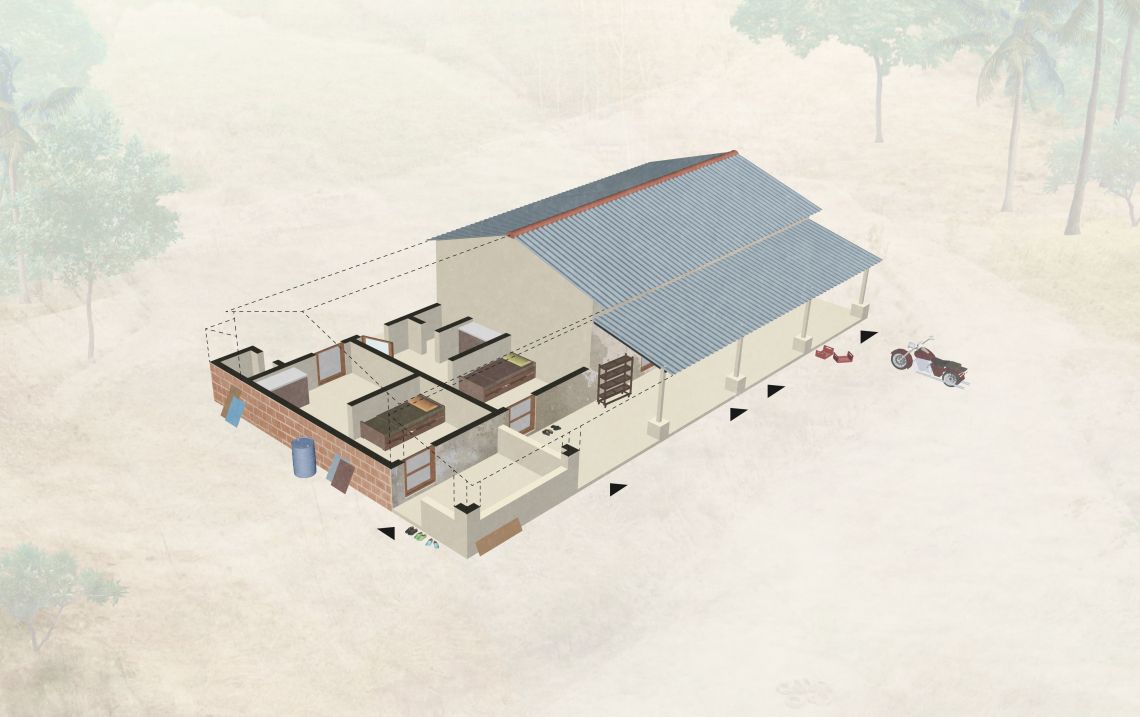