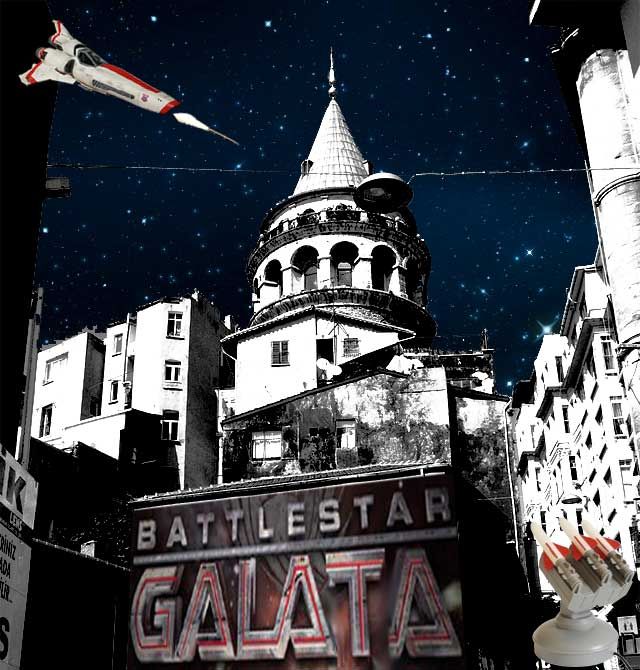 The URBZ Mashup crew is in the thick of the Galata-Shishane area of magnificent Istanbul. Everyone is discussing, exploring, drinking beer, chai or turkish coffee and pontificating over the intricacies and nuances of gentrification (old and new), imaginary and real geographies, the fate of the sprawling electric light retail district and the hundreds of artisanal workshops succumbing to the competition of Chinese sweatshops or simply the lure of speculative money. From this ancient tower that looms like a mystical symbol in a neighbourhood that has morphed and transformed itself under its shadow for centuries, ever since it was created in the year 528, the team has spread itself into the narrow – and hilly – streets that surround it to capture its stories, connect to civic arguments in government departments and engage activists who feel passionately about the neighbourhood.

At this moment we are all poised with ideas and arguments, images and stories are about to coalesce and become concrete expressions. The Battle for the future of Galata is on!

Whether in fantasy – like the sci-fi TV series Battlestar Galactica (thank Matias for that great collage!) or in real life – ‘aliens’ who are just like ‘us’ and who become threatening because they are a natural part of the landscape (in history and geography) are constantly written into the political stories that emerge in cities of today everywhere. Waves and waves of Armenians, Genoese, Gypsies and Jews were part of the history of this neighbourhood  in Istanbul, at a time when land masses on the edge of the sea were really an integral part of maritime trading networks and the seas themselves were the center of the world. Like the future of coastal towns everywhere trapped between terra firma and watery identities, such places were eventually absorbed into the larger national imagination anchored in the hinterland.  And yet we continue to remain inspired by the past of such spaces and seek to locate their present within it, because the question of local identity and global cosmopolitan spaces continue to remain interlocked in stubborn ways. We also get attached to the aesthetics and memory of cosmopolitanism that those histories remind us of.

These grand battles are actually played out in streets and alleyways of such cities, through the stories of residents and users, through the processes of transformation, through the way in which passionate citizens feel for the fate of these neighbourhoods, through the debates about the kinds of gentrification that goes on, about the way the corporate world colludes with the state, the way people give in or continue to fight on…