In order to achieve a creation in the truest sense of the term, the artist must generate new beginnings or devices that will prevent mere reproduction. 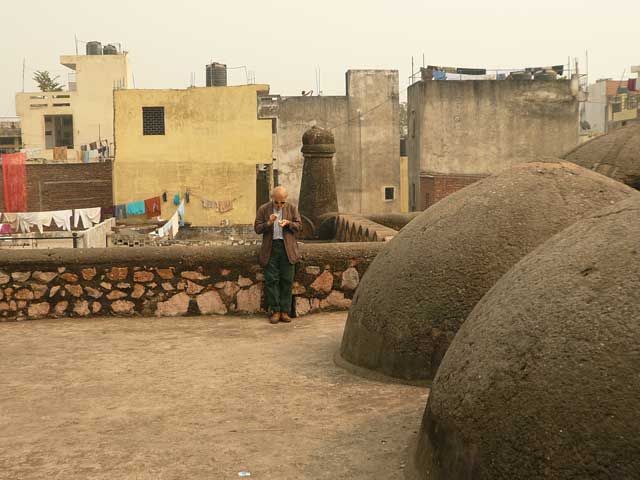 Professor Yehuda Safran gave a lecture to the workshop participants titled “The Object is the Poetics” in which he talked about the moment of artistic creation as a gift that the artist gives to himself and the world.

In order to achieve a creation in the truest sense of the term, the artist must generate new beginnings or devices that will prevent mere reproduction. An artist who repeats himself ceases to be a creator and maybe ceases to be an artist altogether.

The Urban Typhoon provides, he says, a context that favors creation, particularly in as much as it connects with a reality that is foreign to many of the participants and compels them to reconsider everything in a new light.

The “object” itself is not seen as a static thing but it embodies movement. It is itself in the making. And this is the meaning of “poesis”, to make.

Extrapolating on that schema, we could say that the creative act in the workshop is the connections that are produced between workshop participants and residents. These conversations and linkages are what could enable exchange and knowledge with the potential of creating a new version of reality.

Tomorrow the different teams that were formed at the beginning of the workshop will present their work in various parts of Khirkee. The presentations will involve local residents in one way or the other.

A group of children are organizing a treasure hunt open to all; a Khirkee cook book will be launched along with a new public oven, discussions about the road and water issue will take place at the tea stall; video recordings of conversations with residents on a range of topics will be shown along with installations to the residents of Khirkee.

Rather than final outputs, these events are devices to open the potential of Khirkee.